Compsmag is supported by its audience. When you buy through links on our website, we may earn an affiliate commission fee. Learn more
Last price update was: January 21, 2021 9:47 pm
× Product prices and availability are accurate as of the date/time indicated and are subject to change. Any price and availability information displayed on Amazon at the time of purchase will apply to the purchase of this product. 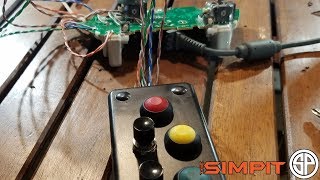 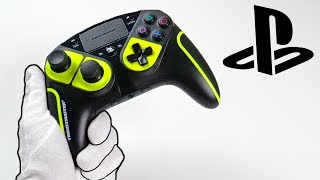 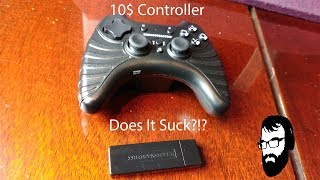 Add your review
Product is rated as #2 in category Consoles
7.5

ESWAP PRO CONTROLLER: the versatile, wired professional controller for PS4...
$206.91 $246.65
January 21, 2021 9:47 pm
× Product prices and availability are accurate as of the date/time indicated and are subject to change. Any price and availability information displayed on Amazon.com (Amazon.in, Amazon.co.uk, Amazon.de, etc) at the time of purchase will apply to the purchase of this product.
2 new from $13,999.00
Buy Now

Thrustmaster is a company well known in gaming peripherals, specializing in PC and console accessories for driving simulations and flights in recent decades. But the U.S. company in the hands of the French is expanding its range, recognizing that the growing market of gaming, especially on consoles, is growing rapidly and cannot be overlooked. And it is mainly for this purpose that was launched a few weeks ago, the eSwap Pro Controller, a wired premium gamepad for the PlayStation 4, which makes its modularity and personalization. Still, also it’s reliability, among its absolute strengths.

Thrustmaster has worked with Sony to ensure that the new controller is fully compatible with the PlayStation 4, and the pad in its shape and lines is much like the DualShock 4, but it is much larger and more massive. It is a pad, which is very innovative because, among other things, it is possible to swap hot-swap D-pad with left analog, so that the gamepad can be configured synchronous or asynchronous with the analog.

Besides the modular design, the gamepad has four extra keys, which are located on the rear part. The se can be assigned to the buttons triangle, circle, square, cross, or L1, L2, R1, R2. We also find a Mic button to activate/deactivate the microphone, inferiorly positioned under the stick, very useful to stop the game during the party if you don’t quickly play a game with a headset without that button. Besides, you will find a button that allows you to choose between two pre-programmed profiles. The se differ for quick mapping of the rear buttons 1,2,3,4.

Our Verdict
The Thrustmaster eSwap would be great without a few striking omissions. The wired connection and inexpensive feel of the module packages leave the entire controller in the lurch.
PROS
CONS