Compsmag is supported by its audience. When you buy through links on our website, we may earn an affiliate commission fee. Learn more
Reviews » eFootball PES 2020 Review
Reviews

Paying attention to the run-up to the release of eFootball PES 2020 sometimes felt a bit like following the real transfer market in football. Konami lost the official license to current Champions League holders Liverpool and responded by replacing the Liverpool club with their arch-rivals Manchester United. PES 2020 even got a head start on FIFA’s powerhouse by securing the exclusive license to Italian giants Juventus, forcing FIFA 20 to settle for a facsimile called Piemonte Calcio. This is our eFootball PES 2020 Review. 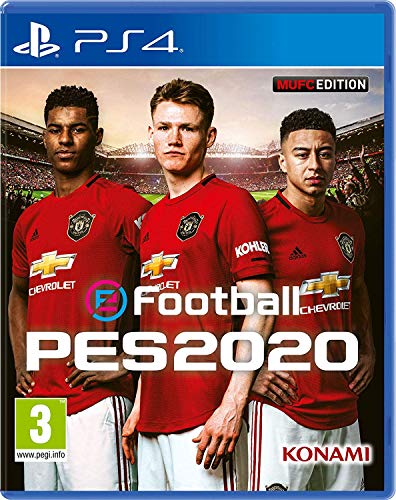 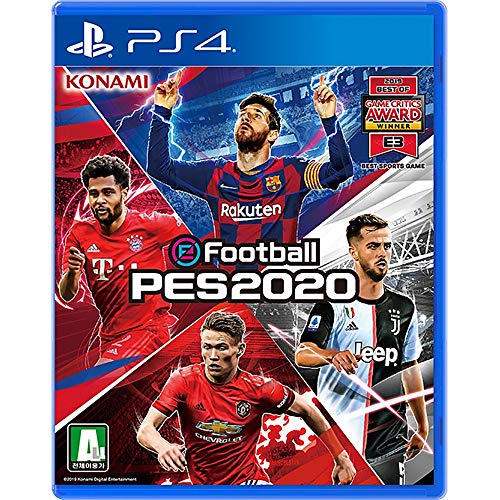 And while the inelegant esports-flavored name change may be adverse, the scrappy underdog has been on the move to make PES 2020 a more attractive proposition for those obliging FIFA’s church. It’s commendable and essential, but PES should attract people for its excellence in the field.

PES 2020 feels surprisingly different from last year’s game once you get out of the tunnel. The pace has slowed again, providing a realistic football brand that is more methodical and less to ping the ball on the field in seconds. A tactile sense of weight for each player – not to mention the ball – may feel a little sluggish at first, but it doesn’t take long to adjust to this more thoughtful playing style, and your input responds faster than ever. Part of this comes down to how smoothly the action goes.

PES 2020 merges each animation with much more clarity than in previous years, effectively capturing natural movements that bring the simulation closer to reality. The new standard camera angle also helps with this, displaying the action in a slight curve similar to what you see on TV every match day while getting a broader view of the field. This increased visibility is important because, in PES 2020, more emphasis is placed on space and positioning.

The pace of play may be slower than previous entries, but that doesn’t mean there aren’t moments when an explosive injection of speed is introduced in almost every game. The blazing-fast acceleration of the fastest players in the game is instantly discernible without ever feeling like an overwhelming and one-dimensional crux. This is because these players need space to utilize their game-changing speed. Most matches in PES 2020 are generally quite tight, depending on the tactics deployed by both teams, but a goal can significantly change the prospects of a game in a hurry.

Suddenly, acres of space open for one team to exploit, while the other strives forward looking for an equalizer. And it’s on the counter-attack where fleet-footed players shine, being able to leap forward in open grass and wreak havoc on defenders. The long-awaited addition of context-sensitive kick accuracy factors to all of the above. A player’s stance, position on the court, and the amount of defensive pressure will affect the accuracy of both passes and shots.

If a defender cannot get a clean foot on the ball when a player walks through the box, their presence may still be enough to take out the attacker and steer his shot stubbornly. Again, this margin for error reinforces the importance of spacing and your ability to get a meter of separation for a clear chance. Sometimes a player’s first touch is enough to escape the clutches of an aggressive defender, with PES 2020’s litany of new animations and techniques that allow players to display more intelligence when interacting with an approaching ball.

Players are not afraid to risk their bodies, block shots, and crosses with reckless abandon to prevent the opponent from scoring. Sometimes this can lead to moments like the aforementioned deflected goal, and the subsequent goal scrambling after some accidentally blocked shots is also fantastically chaotic. Ideally, you stop most attacks before they reach this point, which is helped by defending that it’s delightful this year. There’s a real hair-raising crunch for some mistakes, and an abundance of new tack and clean-up animations give you more ways to win the ball back.

Fortunately, the other team’s AI is doing much better. The days of playing teams with a deliberate effort to drill low crosses into the box are over. There is a delightful variety of ways that the AI ​​will now approach each game and score all kinds of goals with several different tactics, whether they bombard you with long balls or pass between the lines. This makes the long-standing Master League mode a lot more fun to play in PES 2020.

A more drastic change in Master League is all about transfers and how they aren’t as ridiculous as they have been in the past. You will still see teams paying outrageous amounts for players who don’t need them, but at least the cost is somewhat in reality. For example, it’s highly unlikely that a team will run into a 33-year-old, but that doesn’t stop PSG from spending triple numbers signing Sadio Mane. Apart from this, Master League is still stuck in the same holding pattern that it has been for a few years.

MyClub, the Ultimate Team style fantasy team builder, is in a similar position but remains the best game mode of PES. Building a team of legends and current players is still attractive, and the ability to play against the AI, other human players, and in co-op games gives you plenty of options to play PES the way you want. Microtransactions are still in place, but putting together a competitive team quickly doesn’t depend on saying goodbye to real money unless you’re impatient.

PES 2020 is also changing the way player ratings work, with each player you acquire, starting at least their default rating. From there, you can keep upgrading them beyond this rating or acquire special team-of-the-week players that have already been rated higher. Still, you don’t have to worry about getting a low-rated Raheem Sterling that specialized training needs.

The licensing issue around PES is likely never to go away, and people will still download option files to get all the official kits and badges anyway. Like its predecessors, eFootball PES 2020 review continues to talk on the pitch, refining, and enhancing last year’s game to showcase what is arguably the best football game ever made. Of course, it’s disappointing that you still can’t play as Borussia Dortmund and the majority of the Bundesliga and a few other leagues, and the single-player offering is almost identical to what was taken up three years ago. But all of this floats effortlessly in your mind as soon as you step between those white lines and just start playing the beautiful game.

While the inelegant esports-flavored name change may be adverse, the scrappy underdog has been on the move to make PES 2020 a more attractive proposition for those obliging FIFA’s church. It’s commendable and essential, but PES should attract people for its excellence in the field.