Compsmag is supported by its audience. When you buy through links on our website, we may earn an affiliate commission fee. Learn more
Reviews » Etherborn Review
Reviews

The lawns in Etherborn are minimally designed. Their ground is thinly layered with grasses in gray concrete slabs, and they contrast sharply with a backdrop of crumbling pillars and dilapidated buildings. And like viewing the standalone scenes of a diorama, you’ll find yourself pondering these landscapes as you unravel the puzzle of how to traverse them. But while Etherborn’s minimalist beauty contains suggestions of lofty and more ambitious stories, it instead hinders a dissonant story and brevity that makes it lack the feeling. This is our Etherborn Review.

Like many platformers, Etherborn seems deceptively simple at first: just jump your way to the level finale as you collect crystalline spheres that unlock previously inaccessible areas. Some of Etherborn’s geometric planes and architectural complexity even hark back to Monument Valley, a title famous for optical illusions and MC Escher’s mathematically inspired art. What makes this puzzle game different is that the laws of gravity are not like those of our world.

You can just walk across any surface – even the one perpendicular to your character – as long as there is a curved edge connecting them. However, you are still vulnerable to injury and death; accidentally slipping from these landscapes to the endless void underneath is a possibility. Scaling these sloping grounds introduces a different dimension and new, unforeseen challenges. Etherborn often manipulates your perspectives and challenges you to find the ideal solutions to his puzzles. 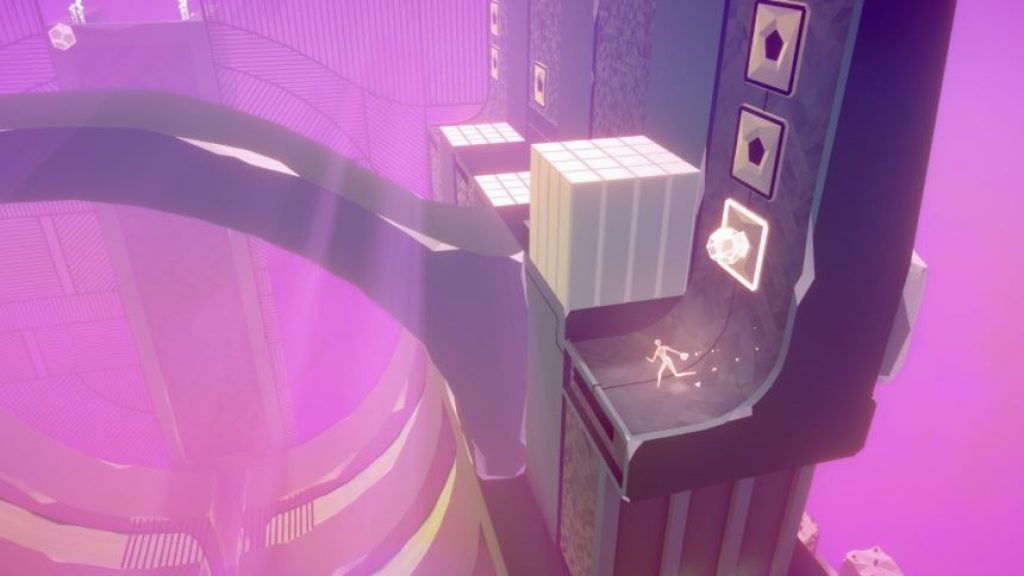 There were times when I was stunned, unable to move on, only to realize much later that I didn’t notice a few platforms I could jump on because they turned on their side. At other times, you can even spend most of a level on a horizontal wall and jump over gaps within the same plane – a perspective that’s hard to understand. You will likely slip through the cracks at least once or twice through the obtuse angles and see yourself wallowing down into the void below.

The key to solving some puzzles is a keen eye for detail, which can help you uncover secret passageways that open a different route to your goal. Getting intimately acquainted with the nooks and crannies of every miniature world is something you don’t just want to do to satisfy your curiosity about the environment – it’s also necessary if you’re going to progress through the levels of the game. Raising the bar in later chapters are shifting monochrome blocks, which expand and retract depending on where you are – and they can be a significant source of grievance if they obstruct your path.

It would have been a daunting task to stick to all of these efforts if Etherborn’s ecosystem were lackluster. Fortunately, wandering and discovering every microcosm is usually joyful and even strangely meditative. You can walk along the side of a staircase and find a completely different landscape tucked underneath, or run along the contours of the structures around the island. Even though the world of Etherborn is sparsely decorated and may even seem sterile, with just a few shrubs, dandelions, and urban decay elements adorning every world, it is a universe that still feels genuinely intriguing. 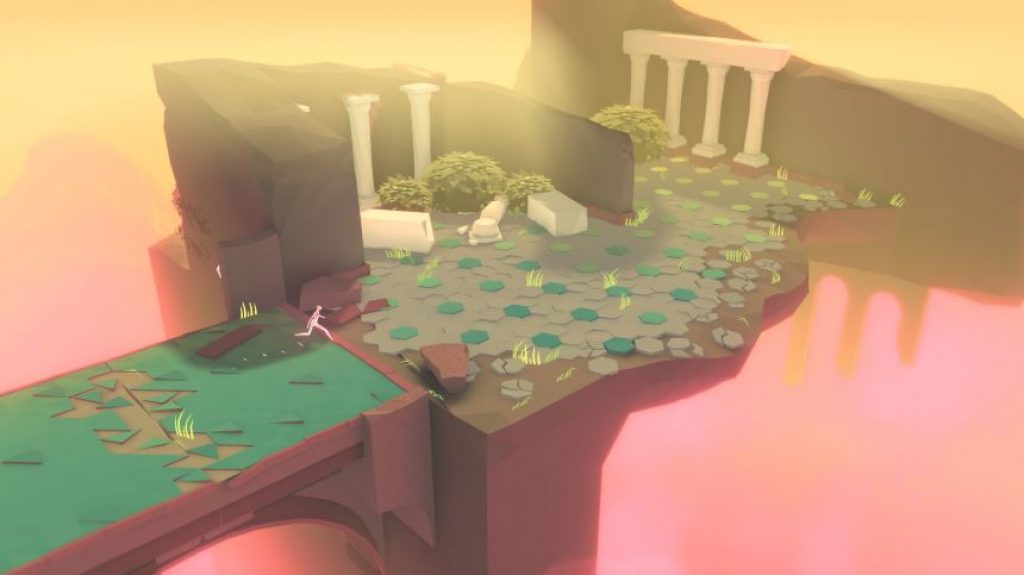 It is immensely satisfying to discover a hidden passage or a curved path as a new means of going to unknown surfaces. Since you’re likely to spend quite a bit of time puzzling, it also helps that the orchestral, instrumental soundtrack is soothing and unobtrusive. And while there are only five chapters in the game, each one will likely take at least an hour to figure out. Combined with its steep difficulty levels, it’s also reassuring that fatal accident mistakes are also quickly forgiven, as the game soon takes you back to the state you were in a few seconds ago.

What is certainly less impressive is how hard Etherborn tries to hide an ill-fitting story within the puzzles. You are a characterless, transparent human-like figure with highly visible circulation, a character vaguely resembling the mannequin of the human anatomy in a biology classroom. Commissioned by a disembodied, sacred voice, you are tasked with traveling these countries in search of a series of waypoints.

If you tap on this, several paths will eventually appear on a huge tree called the Endless Tree, the bark of which gradually peels to reveal a meandering, vein-like system across its trunk connecting all the chapters. It’s a handy addition that refers to the game’s visual language of humanity and anatomy, but ultimately an insignificant one. Even when this voice tells a story that refers to the beginning of human civilization, the plot feels dutifully and strangely separated from its puzzles. 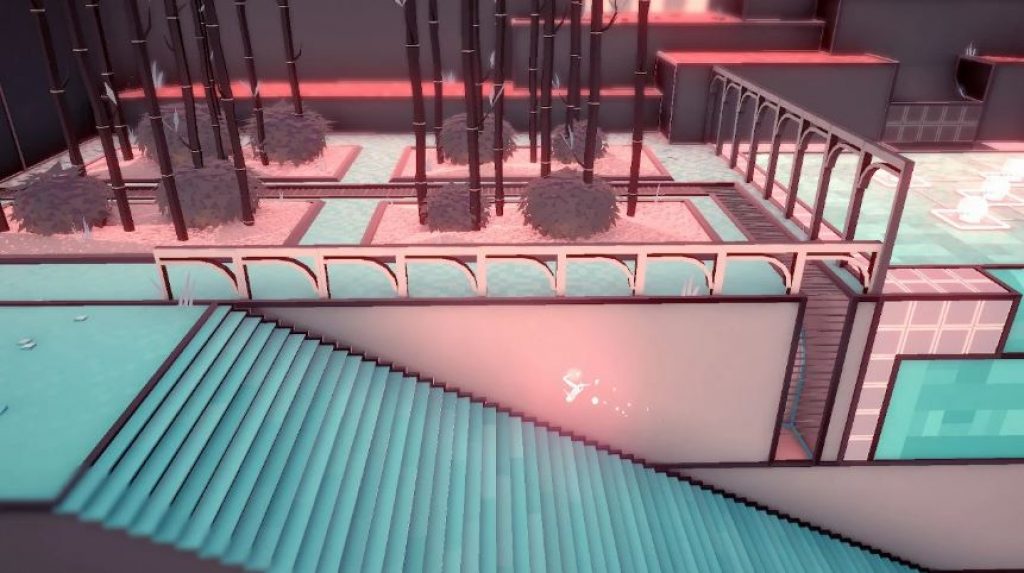 Apart from the introduction of each chapter, the voice has little influence on the game; instead, it just dives into vague parables about the folly of human nature, without really explaining the meaning of your mannequin character and this exotic world. This sense of dissonance makes the story rather weak to follow. This exacerbates how the dialogue is filled with abstract ideas that are staggering with pretension, blown up with lofty lines like: “And so their enormous ego was also reduced to mere language.”

Etherborn would have been even more intriguing if you could have projected your own stories and interpretations onto this universe – as many curious onlookers would if they peer into a diorama.

Etherborn’s undoubted highlights are the inventive puzzles and constellation of small, immersive worlds. But with only five chapters, the short-run feels, and I wanted to solve more problems. Etherborn tries to compensate for this by unlocking a new game plus mode after completing the game, which will allow you to dive into the same worlds again. This mode is mostly similar to the original, the only difference being the crystalline spheres, which are located in hard-to-reach places.

However, aside from the slightly more challenging platform puzzles, the exciting thrill of discovery has mostly disappeared – after all, you’ve already discovered all the secrets – and there’s little reason to revisit it. By the end, even the allure of these small worlds is not enough to make you return, just craving for more in its wake.

Etherborn’s minimalist beauty contains suggestions of lofty and more ambitious stories, it instead hinders a dissonant story and brevity that makes it lack the feeling.