Compsmag is supported by its audience. When you buy through links on our website, we may earn an affiliate commission fee. Learn more
Reviews » Sayonara Wild Hearts Review

Playing the best levels of Sayonara Wild Hearts is an elusive feeling that is hard to describe. When the art, the movement, and music all come together in a song, it is captivating. But it’s also fleeting, and I spent most of my time playing Sayonara Wild Hearts chasing that feeling. It came through in a few notable levels, but for most of the game, I was about to fall in love with songs just not to get that high. This is our Sayonara Wild Hearts Review. 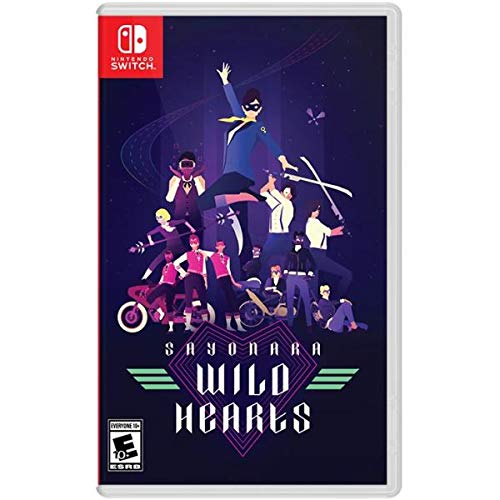 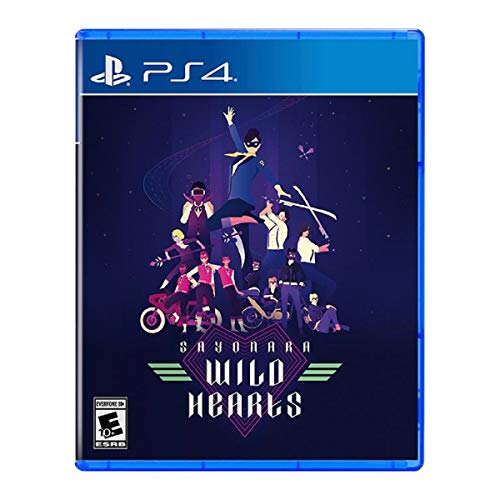 It is an exciting kind of music game. The main goal is to simply flow along with the music, instead of hitting a series of precise rhythm-based inputs or dancing along to beats. Crystalline hearts line the paths you drive (or fly) through, and following the hearts is the best way to get the level of safely without scrambling to avoid oncoming obstacles. Timed inputs are reserved for flashy moves – big jumps, agile evasions, graceful attacks.

These sequences are all scripts, so all you have to do is touch the button slightly in time and then watch the movements play to the music. The camera and movement, including your speed, are also automatic, so you rarely have to move from side to side. All this gives Sayonara Wild Hearts a dream-like feeling; you are both participant and spectator, somewhat in control but usually just along for the ride. For beginners, the dreaminess of Sayonara Wild Hearts is enchanting.

The script moves, often taking place during battle sequences against brightly colored antagonists, have a decidedly magical girl flair. Dodging an attack becomes a ballistic leap, a burst of punches culminates in an explosion of color, and even punch-induced vomit is so colorful and abstract that it blends seamlessly into the overall aesthetic. Some levels bathe in electric neons, while others are more reflective, dark blue inter-dimensional things.

And yet all of them, even at their brightest and most exciting, are tinged with melancholy, mostly because of the heartbreaking pop soundtrack – it’s the kind of music that, if it came to a bar, would make you feel incredibly lonely, but also like dancing. If all this works together, it works. My favorite level, Dead of Night, matches the music with the action, and that is why the song has an impact. During the build-up, you drive your bike through the forest, weaving between trees, and pick up hearts while everything is calm.

In front of you are four masked enemies; they take a group stance, and then, just as the drop strikes, their three-headed wolf tank appears, and the mini-bossy sequence begins. You slide back and forth to avoid attacks and then hit X with the prompt to jump over the tank as the music swells. It’s beautifully timed, and you feel a kind of abstract grief as the singer calls, “I’m the only one living in the middle of the night,” and the tank slips, defeated, across the forest floor. You have “won,” but it is bittersweet.

Most levels, however, are not as finely tuned. Often, the timing-based moves feel unusual, like you should hit them a few moments sooner or later to know about the music – or like they aren’t set to the tempo at all. It makes it hard to get into many of the songs, although the soundtrack as a whole is excellent and distracts from the overall spectacle of a level. You need to watch the visual cues from the prompts instead of listening to the timing of the right one, usually.

Movement can also disrupt the flow of things. It can be challenging to set yourself up for hearts, turns appropriately, and jumps; you may be a little to the right or left of where you thought you would be. This is primarily caused by the independent camera, which sometimes makes you blind when cornering or unsure how obstacles and collectibles will line up. The stylized, dreamy feel of every level also leaves some ambiguity about the placement of things. I noticed I wished there were fewer obstacles or stricter controls; while the smooth feel of back and forth suits the aesthetic perfectly, it’s hard to stay in the zone when you’re continually tilting the analog sticks a bit to set yourself up to better.

Each level moves on to the next, not like songs on an album, but with short breaks in between. Plus, the primary story mode kicks you to the menu after each level to see your score and select the next song. There is a seamless mode of these same levels in the extras section, and the broken structure lends itself well to mobile or handheld play – but the story is the first mode you get to, and it’s only about the length of a great album. Where you listen entirely to an album at least once before jumping around and choosing songs, you do the opposite in Sayonara Wild Hearts, interrupting momentum.

During my Sayonara Wild Hearts Review, I found myself getting more and more accustomed to Sayonara Wild Hearts’ quirks and appreciating each level as I gained muscle memory for them. Only a few touched me like Dead of Night did, and those levels are heavenly. However, the rest are either forgettable or somehow inconsistent, either due to movement problems or strange timing. I wanted to get lost in the daydream it suggested, but I was torn back to reality over and over, just a little more melancholic than when I started.

It is an exciting kind of music game. The main goal is to simply flow along with the music, instead of hitting a series of precise rhythm-based inputs or dancing along to beats.