Compsmag is supported by its audience. When you buy through links on our website, we may earn an affiliate commission fee. Learn more
Reviews » The Last Of Us Part 2 Review
Reviews

The Last of Us Part II starts with severe tonal whiplash. One minute Ellie and her good friend Dina become more than friends in a basement full of cannabis plants and porn word games from Naughty Dog; the next, Joel is beaten to death with a golf club. It is the first of many, many horrific deaths. Some happen, whether you like it or not, in intimate cutscenes that are difficult to watch, while others occur because an NPC got between you and your target, and killing it was the easiest thing to do. Both ways, that brief glimpse of happiness at the beginning remains very much in the dust. This is our The Last Of Us Part 2 Review.

The Last Of Us Part 2 Review: About

The Last Of Us Part 2 Review: Official Trailer Video 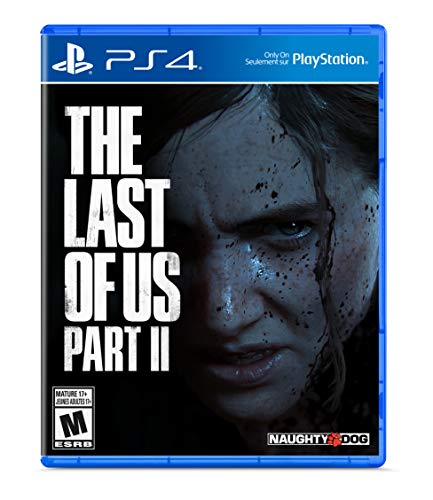 The Last Of Us Part 2 Review: Gameplay

However, while the scale and severity of death and loss in this game are incredibly high, The Last of Us II is more of a character study than a meditation about the nature of violence. In that respect, the story of Ellie, her playable foil Abby and their quest for revenge and redemption is poignant and harrowing, and I found myself deeply emotionally entangled in every woman and her strengths and flaws. The bloodshed is a big part of that story, but it’s far from the most effective, and it’s where the game lags a bit.

During the game, I often wanted to stop Ellie from making the choices she made. Joel’s death sends her on a quest for revenge, and I struggled to buy it. Ellie’s life in the Jackson settlement is a good one – she has a new girlfriend, and it’s about as lovely a place to live as you’d expect from a post-apocalyptic community. In the beginning, it was hard for me to understand why she would want to risk all of that for a dangerous vengeful quest while handling her grief among friends and loved ones in safety.

But Ellie decides to take revenge, so you go. As Ellie, you play in Seattle for three days, looking up all the people present when Abby killed Joel. They are all members of the Washington Liberation Front (WLF), and much of your time is spent killing “Wolves” from one combat scenario to another. You collect resources and weapons, upgrade weapons, unlock skill paths, and generally get very used to killing people as the scrappy, agile Ellie.

Ellie’s movements are smooth enough that they look almost scripted; you can stoop and dodge in a fight and kick back with a series of button presses that translate into a strangely graceful dance. You can accidentally warn an enemy of your presence to slip through a tight space in the wall, jump through a window, and outrun your pursuer through a building to restore your cover and gain the upper hand. You can also be quickly surrounded and die terribly, whether you’re fighting people or infected.

It can certainly be shocking to switch characters suddenly. In many ways, you have to start all over again; you have a whole new set of weapons and abilities to unlock, and Abby feels different in battle. But you also know a lot about what happens to Abby’s friends, and on day 1 you see a lot of ghosts. Any interaction you have with them is a little sad and overwhelmingly inevitable; you wish you could change the outcome, but you can’t.

Like Ellie, Abby was driven by revenge – and she got it. Flashbacks teach you precisely what happened and where she came from, and it doesn’t take long to go next to Ellie, despite all the lingering feelings you might have for Joel. Done with a long quest for revenge, her story is a story of redemption. Unlike Ellie, it’s easy to get invested in Abby’s goals, including saving her friend and then saving some kids. Her motivations are undoubtedly complicated, but getting on board with what you’re doing is no struggle at all.

Abby is a foil to Ellie, a little further down the road. Through Abby, you see what redemption could look like for Ellie, even after everything she’s done. It’s a testament to Abby’s characterization that I became more attached to her than Ellie. When the game tore me back to Ellie’s perspective for the last stretch, I was more concerned about Abby’s safety than Ellie’s pain.

But like Ellie, Abby still kills a lot of people. Abby’s primary enemy is a religious group called the Seraphites, who are also composed of mostly unknown types of soldiers. They get some humanization from Abby’s companion, an exiled Seraphite boy named Lev, but it’s about the same as the Wolves’: just enough for the story, and not enough to change how you fight. In Abby’s case, fighting human enemies feels more in conflict with her character development, especially by Day 3, and much of that violence remains unresolved. Neither Abby nor Ellie has real implications for most of those deaths.

For both characters, this separation between the gameplay and the larger story is made worse by looting and hunting collectibles. Pillaging during a fight is exciting, especially if you find the only extra bullet you need or a little health that can keep you going. But more often than not, I looked and searched for collectibles only after killing every enemy nearby. It’s much more comfortable and safer, and I didn’t want to miss any of the exciting subplots in scattered notes and photos because I wanted to kill fewer people.

Usually, no collectibles are found in combat-heavy areas. But there are occasional notes and things to see when there are enemies around, and as a result, I’ve searched every corner of every area hoping to find something cool. Since most combat arenas offer you multiple attacks and escape routes, I ended up returning to see things through most, and that can severely disrupt the pace. The nooks and crannies that work well in battle just become another place to look for a note or trading card, and the fact that you’re searching for trading cards at all often feels too playful for the otherwise sobering tone.

In the end, I enabled an accessibility option, the high contrast mode, to help with my collection hunt, not because it was difficult, but because I got annoyed. When enabled, the background is muted, textures are removed, and interactive objects and enemies are highlighted. I used it after clearing an area of ​​enemies to speed up the marauding part, and while it wasn’t the most elegant solution, it did help with the pace. It is also one of many accessibility options that allow you to tailor the gameplay, sound, and visuals to your needs.

Despite those annoyances, finding collectibles and piecing together the stories stored in them pays off and paints a picture of the outbreak as it developed over the years. A bank robbery that went wrong is a favorite, and there are quite a few other stories worth finding. Often, searching for these collectibles will compel you to get creative – things like breaking windows to bypass a closed-door or swinging on a cable to get to an area that’s just out of reach. There is nothing so complicated that you feel like a genius to figure it out, but you do feel resourceful the right way.

In the original Last of Us, I wished to make Joel’s bad decisions with him; In a way, I knew it was “wrong,” but I still wanted to save Ellie. In Part II, I didn’t want to have anything to do with Ellie’s bad decisions. There is no “oh god, I am the monster” moment, just deep sadness at all the pain she caused. Without Abby, none of that works. Abby is an incredible character in her own right, and the way the game puts her against Ellie is what makes the story compelling.

It’s a tragic, heartbreaking exploration of the effects of the first game, even though not all of your actions here have real consequences. That’s for our The Last Of Us Part 2 Review.

Abby is an incredible character in her own right, and the way the game puts her against Ellie is what makes the story compelling.