Last year’s 13.3-inch Razer Blade Stealth was one of the first truly powerful ultrabooks with NVIDIA GTX 1650 graphics and small 2.5-pound size, but it still had a few flaws. Razer has now tackled many of those with the new Razer Blade Stealth 2020 model. It now packs a 120Hz display for smoother gaming and comes with NVIDIA’s GeForce GTX 1650 Ti GPU that should accelerate, too. It also offers Intel’s latest Core i7-1065G7 quad-core processor with faster clock speeds up to 3.9GHz.

Along with the 120Hz 1080p display, Razer also offers a 4K touch display with Gorilla Glass. This model is more focused on pros for content creation, but both screens occupy 100 percent of the sRGB space and are factory calibrated to deliver accurate color.

The design remains unchanged, with small 4.9mm bezels, USB 3.0 ports, a USB Type C Thunderbolt port, and a headphone jack. As before, it can be paired with a Razer Core X eGPU equipped with a GPU for faster gambling speeds. Its weight has increased a little to 3.1 pounds, but it’s still small for a laptop with such powerful specifications.

The Blade Stealth 13 is still quite expensive at $1,800, especially considering that you can get the more powerful Blade 15 for just a few hundred dollars more with a GeForce RTX 2070 Max-Q GPU. However, lightweight laptops are generally not cheap, and the Blade Stealth weighs 1.6 pounds less than the Blade 15. It arrives in the U.S. and Canada at Razer.com on April 21 and selects retailers, and is coming “soon” to Europe, Asia, and the Middle East. 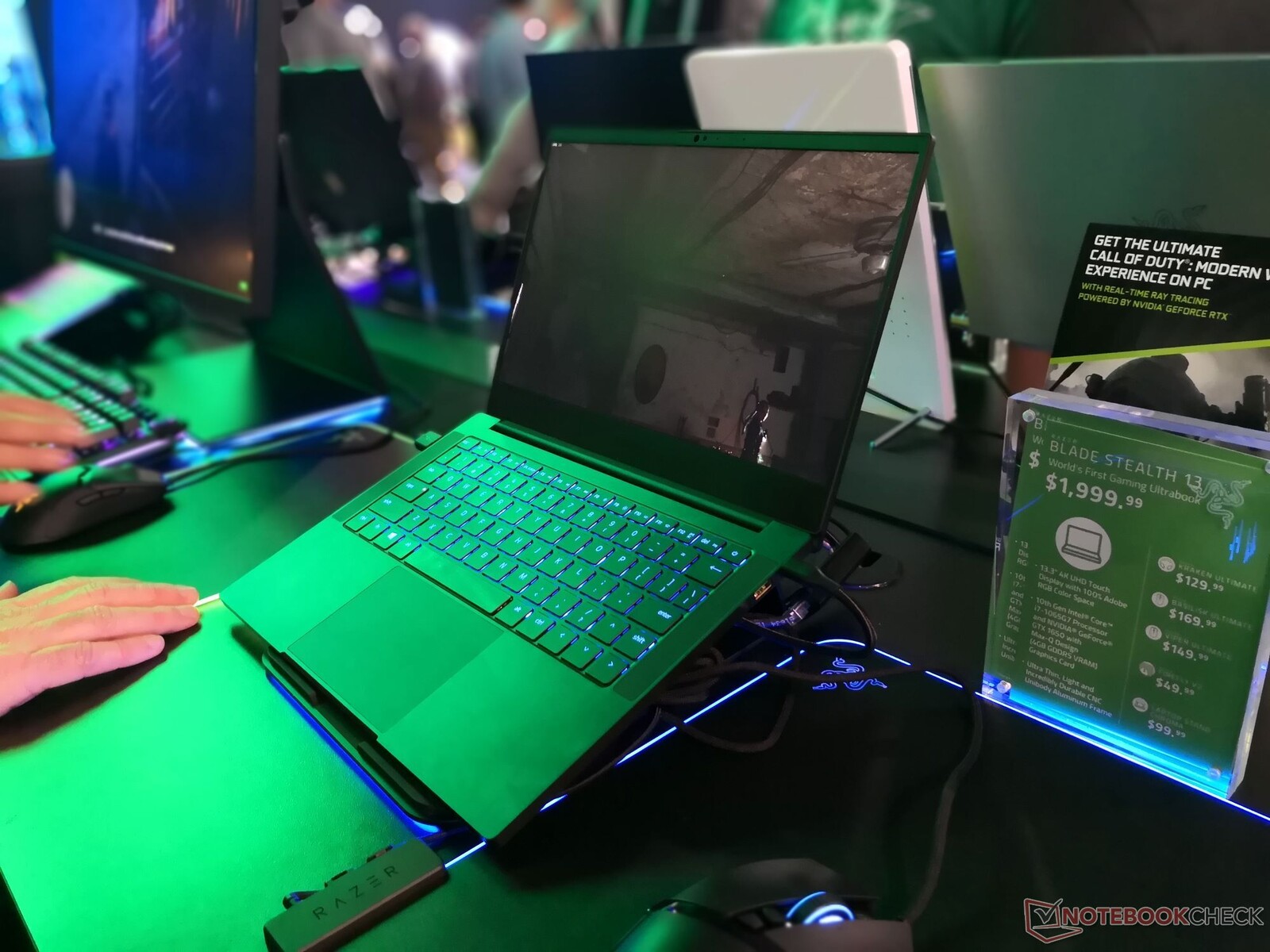