Samsung Galaxy J2 Core has been the subject of many leaks and rumors lately. The smartphone should be the first Android Oreo of the brand (Go Edition) offer. In the past, he has been spotted on various certification websites, presented through live images and his references have been listed on Geekbench. Now, the Galaxy J2 Core’s user manual has surfaced on the interwebs, indicating that its launch is imminent.

The manual is in Russian; it could, therefore, be one of the first markets where the J2 Core will debut. The manual further confirms that the smartphone is going to be an entry-level handset with a removable back panel and slots for two SIM cards. In addition, the J2 can have a removable battery, a Type-A USB port at the bottom edge and a single rear camera with LED flash. The fascia displays the usual 16: 9 aspect ratio panel with a headset and a selfie camera on the top. Interestingly, the J2 Core diagrams in the user manual do not show a 3.5mm headphone jack. 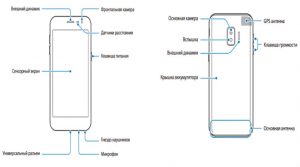 Regarding the specifications, previous leaks have suggested that the Galaxy J2 Core could present a 5-inch Super AMOLED processor, with four Exynos 7570 cores, with one gigabyte of RAM. It is likely to offer 16GB of storage, an 8-megapixel rear camera, and a 5-megapixel front shooter. The handset is powered by a 2600 mAh battery. It’s worth noting that even though J2 Core will use Android Go, it seems that Samsung will have its high-end user interface.

Meanwhile, Samsung has yet to confirm whether and when it plans to launch the Galaxy J2 Core. With Russia, the phone should be sold in the United States, Europe and other regions like India.

Microsoft's Bing For iOS Updated With Math Mode And More