So after a lot of requests from our users here is a guide about Troubleshooting iOS 9.3 Update Problems.

There have been a series of issues for some users updating various iPhone, iPad or iPod touch models to iOS 9.3, so much so that Apple has pulled the iOS 9.3 update for most older hardware models. This means that many devices will just have to wait for a newer fixed version if they haven’t updated to iOS 9.3 yet, but of course that’s not so useful if you’ve already updated a device to iOS 9.3 and it is now being rendered useless with an activation error, authentication issues, iCloud issues, email and Safari link errors where a link is clicked but won’t open, or some of the other annoyances that have occurred up with the software update.

Update: Apple has released the iOS 9.3.1 update which is now available for download to fix the link crashing bug, and it also includes activation bug fixes. This is in addition to the patched version of iOS 9.3 that was previously released to fix the activation error issue on older iPhone and iPad device models. You can download iOS 9.3 build 12E237 here or download from iTunes.

Note that a fixed version of iOS 9.3 is coming soon from Apple, which will fix many (if not all) of the issues that have occurred with the software update for iPhone, iPad and iPod touch users.

In the meantime, let’s say the obvious: if you haven’t updated to iOS 9.3 yet and you have hardware older than an iPhone 6 or iPad Air 2, don’t try to update to iOS 9.3 before getting a fixed version was released from Apple.

If you’ve already updated and are having issues, try the troubleshooting steps below to troubleshoot an iOS device running iOS 9.3. If your device is completely stuck and unusable, a downgrade from iOS 9.3 to iOS 9.2.1 will work, but you may lose data if you don’t have a backup.up before installing the update.

Users affected by the activation error should update to the latest version of iOS 9.3, this may require specific steps discussed here to update a bricked device.

Some users update iOS and get stuck on an “Activate” screen. You may be able to fix this or get the “Cannot Activate” error after iOS 9.3 with a computer and iTunes. This requires a USB cable and the latest version of iTunes to be installed otherwise it is the same on a Mac or Windows PC.

Some users may also be able to remove Activation Lock using iCloud by following the instructions outlined here. 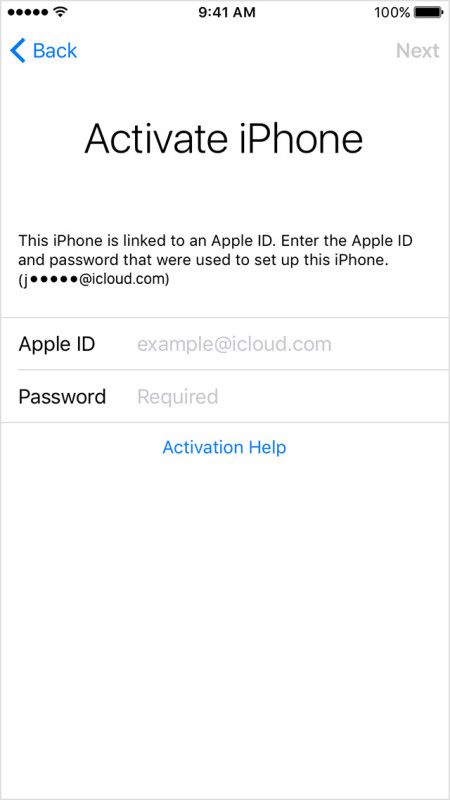 Some devices experience verification errors during the iOS update, this is often similar to the activation issue just described. Sometimes this manifests as an authentication error because “you are no longer connected to the Internet” on the device.

You can fix not verifying update errors with these instructions, but keep in mind that if you are experiencing the message on a device that has since been revoked iOS 9.3, the solution is to wait for a new update from Apple or to downgrade it device to iOS 9.2.1 (which we’ll cover later on this page).

If you see the iOS 9.3 software update available in Settings, but you get an “Update not available” error when you try to download and install the update, it is because the update has been removed by Apple and is waiting for the update. fixed version.

The best thing to do in this situation is just wait and see as the new hassle-free release will be available in the next few days. Just check regularly for a software update and install it when it is available.

Some users are experiencing an issue where tapped links or URLs are not working in the Safari or Mail app of iOS. This is a frustrating problem that has affected many users without an obvious solution until Apple releases a software update to fix it. However, there are a few solutions, mainly because the URLs that don’t work tend to show up over time:

Downgrading iOS to the previous release is another option, which we’ll discuss in a moment, as even restoring a device to iOS 9.3 is not effective in resolving the URL error.

If you are experiencing persistent issues with iOS 9.3 on a device, consider downgrading to the earlier stable version of iOS 9.2.1. This works to fix any of the aforementioned issues, but it also fixes some of the other software annoyances like Mail and Safari links not working, copy and paste errors, Bluetooth not working and many other bugs that are surfaced up with iOS 9.3 in its current form. A possible problem with this is that if no backupup was created prior to the original iOS 9.3 update, the user may lose their data.

This is a somewhat technical process that uses firmware files, but we’ll detail the steps to downgrade iOS 9.3 to iOS 9.2.1 here in an in-depth walkthrough.

Some users have experienced faster battery life than usual after updating to iOS 9.3. Other users may have noticed that their iPhone or iPad suddenly feels warm after installing the iOS 9.3 update. These two complaints emerge up with almost every iOS update that has ever existed.

Here’s the good news; issues like this are almost certainly temporary and almost always resolve themselves as iOS system software runs under the hood through various types of maintenance and indexing. If you experience these issues, leave the device for a while and it will usually resolve itself in time.

Do you have specific experience troubleshooting iOS 9.3 issues on your iPhone, iPad, or iPod touch? Let us know in the comments what worked for you.

So in this guide, we discuss the Troubleshooting iOS 9.3 Update Problems, which undoubtedly helps you.

The time to complete the Troubleshooting iOS 9.3 Update Problems tutorial is 10+ minutes.

For our visitors: If you have any queries regards the Troubleshooting iOS 9.3 Update Problems, then please ask us through the comment section below or directly contact us.
Education: This guide or tutorial is just for educational purposes.
Misinformation: If you want to correct any misinformation about the guide “Troubleshooting iOS 9.3 Update Problems”, then kindly contact us.
Want to add an alternate method: If anyone wants to add the more methods to the guide Troubleshooting iOS 9.3 Update Problems, then kindly contact us.
Our Contact: Kindly use our contact page regards any help. You may also use our social and accounts by following the Whatsapp, Facebook, and Twitter for your questions. We always love to help you. We answer your questions within 24-48 hours (Weekend off).
Channel: If you want the latest software updates and discussion about any software in your pocket, then here is our Telegram channel.

Add Location to Pictures on Photos for Mac