Compsmag is supported by its audience. When you buy through links on our website, we may earn an affiliate commission fee. Learn more
Reviews » Dragon Quest Builders 2 Review
Reviews 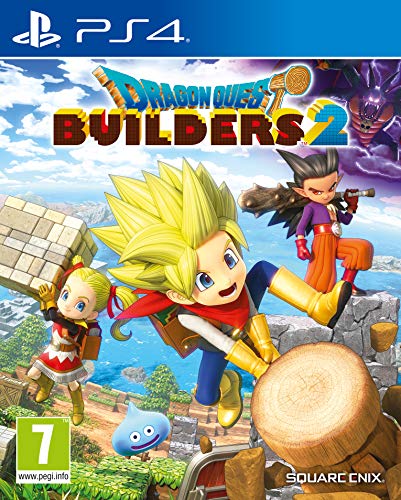 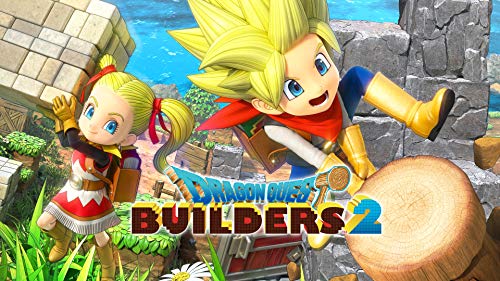 Dragon Quest Builders 2 begins with your player’s character, a builder with the ability to move and create objects, and ends up stranded in a strange archipelago. Long ago, these islands flourished with great civilization – until a cult called the Children of Hargon came to power, destroying everything it was and forbidding people in slavery to create something new.

It is up to you and your mysterious friend, a snarky, aggressive boy named Malroth, to destroy the sect’s hold over the people and restore these islands to their former glory one by one. Just as the original Dragon Quest Builders was a take on a what-if ending for the older Dragon Quest, Dragon Quest Builders 2 takes the end of Dragon Quest II and turns it upside down – but you don’t have to be familiar with that game here have fun. 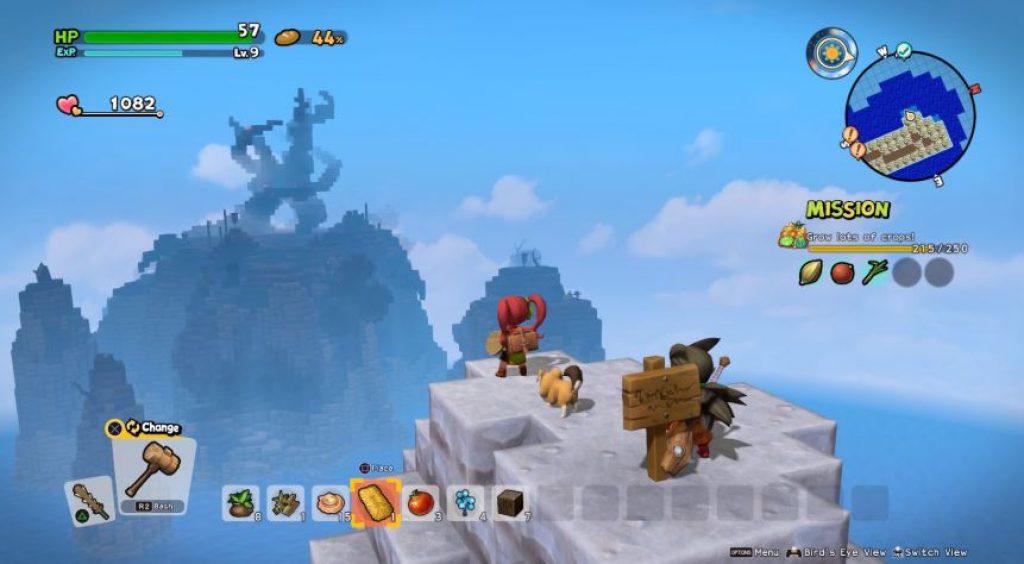 The core of the gameplay loop in Dragon Quest Builders is hugely satisfying. You have an island, the Isle of Awakening, which acts as one giant sandbox, along with several other islands large and small that you can visit to collect materials and continue the main story. The larger islands all offer an excellent, overarching quest to restore a destroyed population center, which you will accomplish by completing countless smaller subquests to build facilities, find new materials, help individual NPCs, and explore different areas.

Completing these quests will reward you with the gratitude of those you helped, which in turn will bring you new item-making recipes, improve the skills of the NPCs at the base, and bring more characters to the area to help with building, farming, mining, and killing monsters. When you finally complete the extended main mission on each of the larger islands, several NPCs will return with you to the Isle of Awakening, eager to help build your unique city and let you run wild with your creative city- building concepts.

What makes this gameplay loop so satisfying is that it rarely gets tedious doing these dozens and dozens of small shopping for NPCs. The characters you see in Dragon Quest Builders 2 are vibrant and full of personality, and helping with their needs to receive their heartfelt thanks just feels right. You also get the joy of seeing a city transform from a barely functional array of rickety slums into a thriving community thanks to your perseverance and kindness.

When you complete a new building or complete a task, the people gather to demonstrate their delight and thank you with gratitude points – a simple reward that nevertheless feels great to get. It also helps that the world itself is a lot of fun to discover. The varied environments you’ll encounter on your quest offer a variety of things to explore: towering hills, sandy beaches, secret underground caves, ancient ruins, swampy swamps, and so on. You’ll have plenty to do in the sprawling environments of Dragon Quest Builders 2. 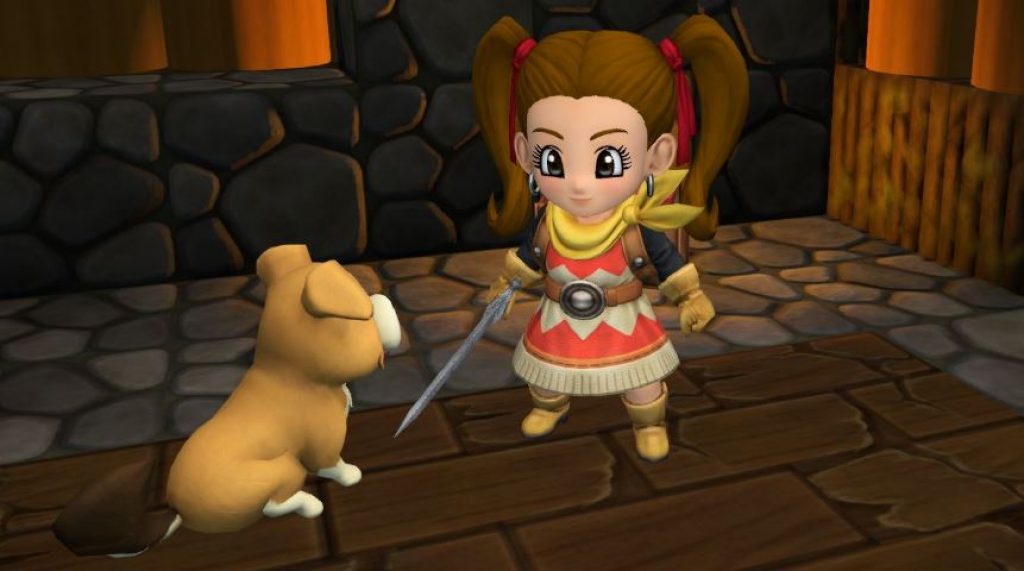 As you explore, you’ll be amply rewarded with rare materials, optional side missions, some new NPC companions, and even a few simple puzzles that deliver great rewards upon completion. There are a few randomly generated small islands that you can sail to that offer new experiences every time you visit, giving you the chance to see engaging procedurally created environments, collect many unique, rare materials and collect them. Take them all home to the city of your dreams.

Of course, it wouldn’t be a Dragon Quest game without many of the series’ beloved monster designs. While a few non-humans are kind to you, most of the monsters you encounter are strict supporters of the Children of Hargon and want nothing more than to destroy you and everything you have created. You have to fight them if you’re going to keep building. Unfortunately, you’re a builder, not a fighter, so your combat power feels good for much of the game.

As a result, the combat becomes the weakest part of the game. While it’s a definite improvement over the original Dragon Quest Builders, which gives you much more control over your character and brings NPCs into the mix to help you fight, it usually still feels pretty bland. You just walk on against enemies, strike them with a few simple weapon attacks and hope they die sooner rather than later.

The NPC warriors that come with you on expeditions and when to defend your bases and city are much more helpful in fighting enemies than you usually are, especially Malroth, who is an absolute beast when it comes to monster mashing. I often found myself just waiting for Malroth to degrade enemies’ health before going in to finish them and collect EXP and loot. The boss battles use a few tricks with your building skills, which makes them considerably more interesting than regular battles, but few are in between. 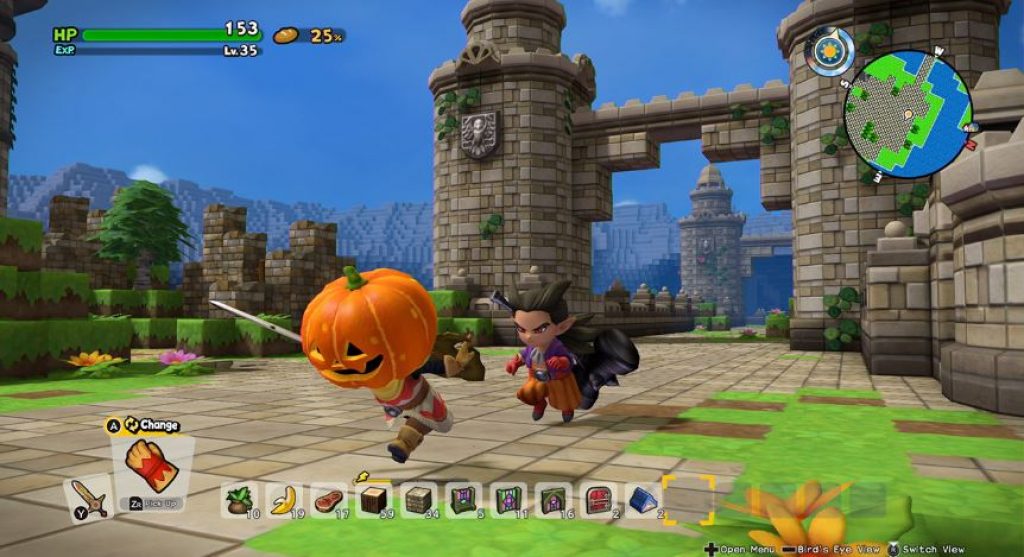 At least battle isn’t a primary focus of the game, and new skills and items you build as you progress help destroy enemies – but battles never really end as an annoying distraction from what you want to do most: explore and make stuff. But whatever issues the game has, it will be quickly wiped out by everything else Dragon Quest Builders 2 does well. Characters are quirky and memorable with beautifully written dialogue, you get a lot of cool materials to work with around your city.

Everything from the controls to the visuals and audio throughout the game the interface feels inviting, engaging, and fun. Once in a while, there is a little bit of small text that is hard to read, but the majority of the time you will be too busy to build a way to worry about the minor annoyances of the game. The online co-op game will open once you complete the game’s first significant quest. Unfortunately, although you can’t play the campaign in a cooperative session, you can still build on the Isle of Awakening alongside a friend.

Working together to make your island is as much fun as playing solo – maybe even more – and the various customization items you can create during these sessions add a lot of goofy charm to the procedure. During our tests, sessions with other players in North America went smoothly, with little noticeable lag hiccups. If you want to show off but don’t feel like a virtual block party, there is also a message board where players from all over the world can post, tag, and share screenshots of their creations in the game.

Dragon Quest Builders 2 is a great game that combines exploration, sandbox building, search, and city management in a delicious package that will gladly take your time and put a big smile on your face. It’s the kind of game you plan to play for a while, but then you find those hours have flown by once you know how to do it. Don’t dismiss these if you see large square blocks on the box – you’re missing a nice spin on an excellent gaming base.

The virtual community-creating gameplay stands out from the crowd, packed with warmth, joy, and charm that make the Dragon Quest series so wonderfully memorable.