Compsmag is supported by its audience. When you buy through links on our website, we may earn an affiliate commission fee. Learn more
Reviews » Indivisible Review

Nothing beats the bright, beautiful, and sometimes troubling world of Indivisible. It’s one that wears its Southeast/South Asian influences on the sleeve and draws you to places you want to be with characters you want to be around. Developer Lab Zero combines different genre elements to create a system of combat and platforms that flows seamlessly between the seemingly disparate parts of Indivisible. This is our Indivisible Review. 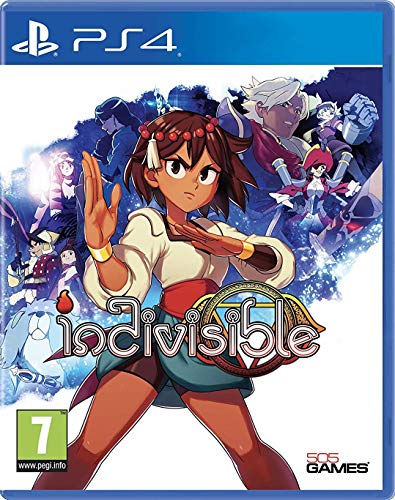 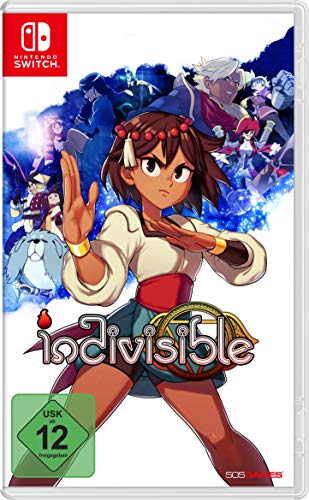 Your journey through the world of Indivisible revolves around Ajna, the stubborn but full-fledged protagonist who consistently stumbles upon revelations about her true nature. She makes new friends along the way who either have common goals or don’t need much persuasion to join her cause. Aside from a brief surprise, no one seems to mind that they are physically absorbed into the consciousness of Ajna – a separate level of existence that acts as a kind of hub area – only to be summoned in battle or conversation.

While a handful of key figures are central to the story, you’ll gather a group of four from a large and varied roster that builds up pretty quickly. You assign a party member to a battle position corresponding to a face button; this way, you actively steer them to deal with real-time damage during an attacking phase and have them defend individually when enemies initiate attacks. Mastering Indivisible’s hybrid of turn-based and real-time mechanics opens you up to inventive ways to combine the movesets of different characters and time their specific attacks at the right time.

It’s easy to see how Lab Zero channels elements from its previous game, Skullgirls – there’s a light touch of combative fighting games, directional attacks, hold pauses, perfect blocks, and air juggling attacks. You also build a gauge called Iddhi, which represents the ability of Ajna and friends to go into overdrive to perform powerful special attacks. Combat tends to move quickly, and this layered combat system will get you excited about the next battle.

No need to learn every character as it is feasible to stick with a handful of your favorites to cycle between for specific situations. But as great as a fight can be, you will be disappointed to know that its incredible complexity is wasted due to a lack of challenge by the end of the game. Your group becomes so powerful that with simple button mashing, you can defeat most, if not all, enemies and bosses. You’ll also be continually recruiting new members in the late game, but with little reason to tune into their mechanics. Combat’s biggest enemy is the lack of difficulty when the stakes should be the highest.

Battles are only half of Indivisible, however, in terms of gameplay – it’s part 2D side-scrolling adventure that draws from Metroidvania-style exploration. As you gather new tools and powers, so will your way of traveling. Ajna starts with an ax that she uses to prop herself up to higher ledges, but she will soon be jumping pole vaults, pogo stings, and monkey wielding a spear to avoid dangers and reach new areas. Her superpowers eventually let you run across significant gaps, jump to greater heights, and breakthrough walls.

Unlike combat, platforming is steadily increasing to a satisfying difficulty towards the end, but it’s never frustrating as you only get a light penalty for death. Instead of loading earlier storage, you will be returned to a generously placed checkpoint if you don’t make it through a string. Plus, several boss battles merge the two gameplay styles and test you to juggle both at high speed. That might sound like the game is biting more than it can chew, but the pace at which you switch between the two phases keeps things moving seamlessly.

The sensational soundtrack of Indivisible completes the pleasure of exploring and complements the feelings you get by enjoying the beautiful images. The catchy tunes enhance the personality of Indivisible’s venues, a favorite among the songs is the song playing in Tai Krung City – the steel drums and upright guitar riffs hold you in. Still, the mournful melody reflects the wild side of the city. And the energetic tempo and horn section of the club area song pushes you to keep going, especially if it doubles as a combat theme.

That said, while Indivisible has the basics of portraying something powerful, it doesn’t exactly follow through. Many of Indivisible’s main beats lack the significant impact they need to stay with you and fully invest in Ajna’s battle to save the world. While there is an assortment of likable personalities and jokes between characters, and the voice acting performance shines, many dialogue sequences don’t reflect the severity of the situations that arise.

For example, Ajna internalizes life-changing events in a way that she sees as frustrations to her rather than tragedies. And when it accidentally causes destruction, it is mostly wiped out as an accident with consequences that are not communicated. Characters quickly change their minds about things without reflecting the process by which they came to their conclusions, undermining possible emotional interests.

There are significant moments when other characters push back and confront others to think harder about what they are doing. Whether it’s characters who open up to feel some positive emotion, go through a sincere arch of redemption, or offer unconditional support, you can identify the times that Indivisible do well. I can’t help but wish the story contained these highlights more often than not.

Throughout my Indivisible Review; the game has so many great pieces, and it is unusual to feel seen. I am happy to have a game that is Southeast Asian, which gives a grim picture of a part of the world to which I belong and which I am even more curious about now. As a whole, it sometimes does not come together; it lacks weight in its story and the challenges needed to bend its beautiful fighting system. But it stands out as an RPG that does something different, and it brings joy to its smart platforming with the melody of an infectious soundtrack. Indivisible has his heart in the right place for all his mistakes.

Developer Lab Zero combines different genre elements to create a system of combat and platforms that flows seamlessly between the seemingly disparate parts of Indivisible.