Compsmag is supported by its audience. When you buy through links on our website, we may earn an affiliate commission fee. Learn more
Reviews » Mordhau Review
Reviews

The sun shines on the battlefield while the war cries of my fellow soldiers ring out. Slingshots pelt us from a distance, and the giant boulders explode with a great thud on the ground around us, thinning our numbers before we can reach the disputed checkpoint. Those who make it are greeted by a line of enemies hastily building a blockade, but we tear through butter like a hot knife and take the checkpoint in a fit of steel and blood. This is our Mordhau Review.

While standing over the decapitated body of a downed enemy, a spear flies out from behind a barrier and unexpectedly catches me and drops me on the ground with a sickening fleshy crash before I get back to camp.

This is the bloody cruelty of Mordhau, a strategic, punishing, and ultimately satisfying first-person multiplayer medieval fighting game. You need patience and perseverance to overcome the steep learning curve of his melee mechanics. Rather than a simple hack-and-slasher, Mordhau focuses on learning and performing the finer points of melee combat, from footwork and positioning to timing countless attack and defense maneuvers.

It feels clunky at first, but once it clicks, it’s great. Timing a riposte – a parry followed by a quick counter-attack – feels great and even better when it makes heads roll. But there are several hours of less exciting learning to do first, and despite the onboarding attempts, the game can do more to get new players started. A 15-minute tutorial walks you through the basics and asks you to prove that you can perform a series of slashes, parries, and other moves. 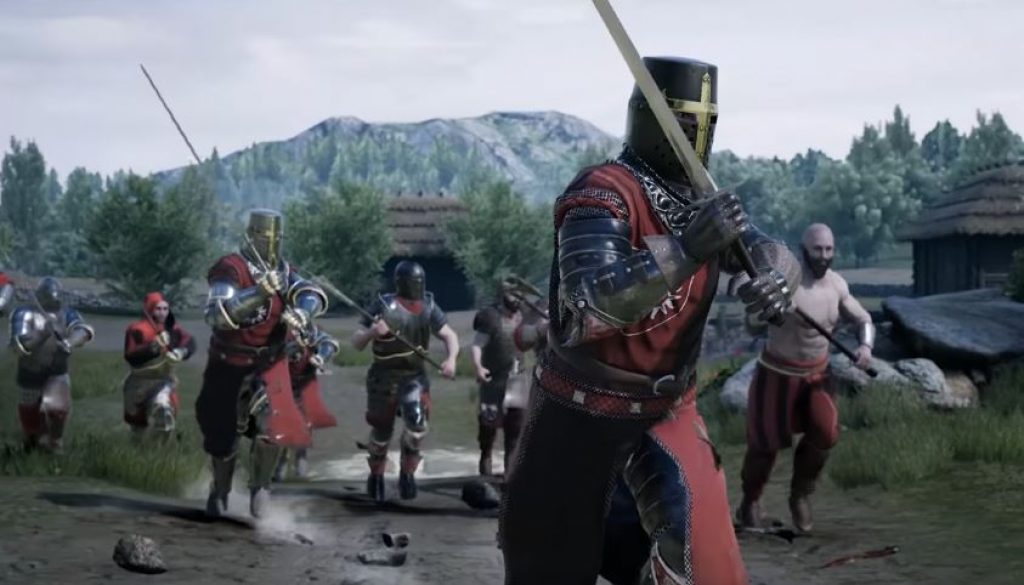 To some extent, these lessons do not provide the feedback needed to work towards more advanced techniques. Some, such as chambering – a complicated maneuver where you counteract an attack with your attack from the same angle performed the moment you are hit – require precise timing and are difficult to complete successfully. The lack of visual feedback makes learning when to go through a trial and error process, which in the relatively safe limits of the tutorial means taking a few extra swings with your NPC trainer until you get it right. But during a match, it’s a slow, brutal death throe after death, waiting for respawn and then back for action against the power of more experienced players.

Because of this, the first five hours or so online feel like a glove in the worst way. You get cut over and over and don’t really understand why, and here most players will bounce against Mordhau. Annoyingly, you don’t earn any progress when playing offline against AI, nor are they effective training dummies – they usually follow each other in long lines and collide in groups, chopping and stabbing wildly. So you are essentially forced to enter the online meat grinder to make progress.

Weapon Control aside, progress comes in the form of gold, which is used to purchase items, armor, and weapons, as well as XP, which allows you to unlock new equipment and then buy with gold. As the hour’s tick, not only does your character grow, but you also slowly get better at the game, and suddenly what at the beginning looked like an impossible hill to climb a lot less intimidating. The subtle rounding of enemy attacks begins to stand out, making parries and ripostes much easier.

You begin to carefully change the timing of attacks by leaning in or out of each swing. Once you start to understand these more detailed nuances, Mordhau starts to shine, and the real potential of his wonderfully complicated battle begins to show itself. Opening an opponent after a successful parry, aiming at their exposed points and landing the deadly blow takes only a few seconds. Still, it requires complete control to execute, making every kill feel deserved, and the open battle more fun and expressive than simple hacking and cutting. 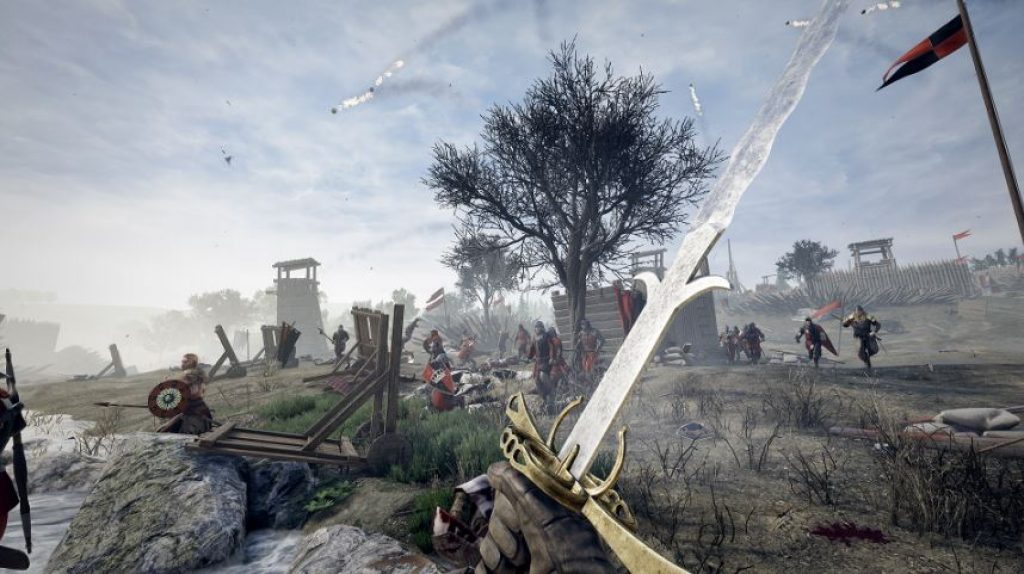 There are three main types to choose from – Frontlines, Battle Royale, and Horde – although you can also set up your deathmatch or team deathmatch servers privately. Frontlines is the primary mode, with two teams of 32 fightings to secure and hold each checkpoint until one of the cards dominates and either completes the goal or eliminates the opposition by clearing their respawn tickets.

Battle Royale is a solo that is won everywhere, where everyone starts from scratch and has to search for weapons and armor to survive, while Horde lets up to six players run together in wave-based PvE combat. If you clear every wave, you earn more gold that you can use to buy items and weapons during the round at different points on the map. Frontlines feels the best of this thanks to its actual gameplay, which means that less skilled with the weapons can make an active contribution.

However, if the spectacle of battle doesn’t do anything for you, it will take on your screaming teammates. It can be chilling and empowering at the same time. Since a single death ends the round in both Battle Royale and Horde, they are much less forgiving compared to Frontlines and feel more focused on experienced players. Once you know how to handle your weapon, it can be as rewarding as it is a little slower in action.

You can choose different gear from the start of each match with different types of armor and weapons. With less armor, you are lighter and can move faster, but you are more sensitive to sword attacks. At the same time, heavily armored characters offer more protection against swords but are generally slower and more comfortable to defeat with blunt weapons. Each weapon type fits into different playing styles that all feel effective on their own, but each has a more functional role depending on where you are on the map. 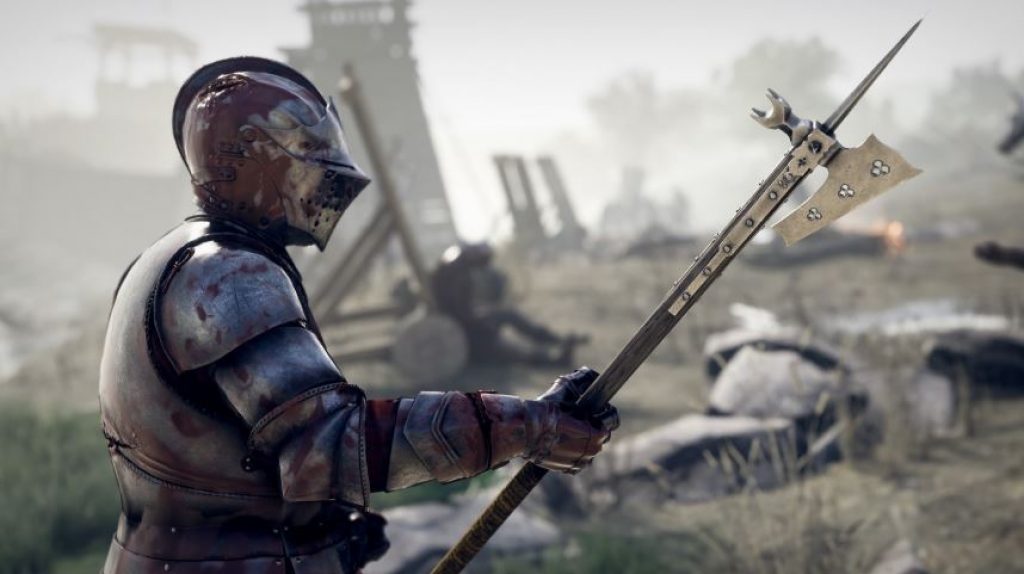 Longer weapons, of course, have a more extended range, but cannot be turned back and forth in tight spaces because they snag against walls and obstacles so that they can be pushed along or turned over their heads. Spears and other one-handed weapons can be thrown if necessary, while more massive weapons can use an alternative grip to knock off opponents’ armor better. There are always options for any situation you find yourself in, which adds to the already excellent fighting experience by offering reliable alternatives provided you have the right equipment.

The cards themselves are extensive, ranging from a snowy mountain castle to a wide-open battlefield with fort encampments at either end of a rolling valley, but the game could use a little more variety. There are seven cards in total, although some are limited to specific game types. They’re also a bit static – you don’t have to worry about whether or adverse conditions – but they still look good, especially when bathed in the gory aftermath of combat.

Combat can look spectacular from afar, but never as close as possible, where the raw energy is palpable and intimidating. Ragdoll bodies are stretched on the ground, and blood washes across the landscape as the battle rages, leaving a trail of cruelty as the fight moves from checkpoint to checkpoint.

Mordhau is fierce, violent, beautiful, and doesn’t pull his punches. Despite an intense learning curve that could be better eased with more tutorials or better practice tools, the superior sword fighting and combat mechanism ultimately surpasses any initial frustration. The scale of the battle is overwhelming and chaotic, but there is a clear sense of all the nonsense that once you discover it gives you an incredible kick every time you go toe to toe with the enemy – even if you do does not come intact from the other side.

This is the bloody cruelty of Mordhau, a strategic, punishing, and ultimately satisfying first-person multiplayer medieval fighting game. You need patience and perseverance to overcome the steep learning curve of his melee mechanics.