Compsmag is supported by its audience. When you buy through links on our website, we may earn an affiliate commission fee. Learn more
Reviews » Skagen Falster 3 Review
Reviews

The appearance of the Skagen Falster 3 hasn’t changed much from its predecessor, as it’s still a stylish watch that avoids future flakes for a more industrial look. That sets it apart from other digital wearables and traditional timepieces, and a more modern chipset addresses the complaints that the Falster 2 was undersized. It’s a small refinement, which is characteristic of this sequel to an already existing style of wearing. This is our Skagen Falster 3 Review.

Although not much has changed from its predecessor, the physical design of the Skagen Falster 3 is by far the best achievement. The round metal case feels solid without falling over into a large case, like the Samsung Galaxy Watch; the pipe-like wristbands undoubtedly have a slimming effect on the watch’s appearance. It comes in a 42mm size, which is between 44mm and 40mm for most larger smartwatches; the 11mm thickness isn’t the most we’ve seen either, but it certainly puts this in the traditional masculine watch style. 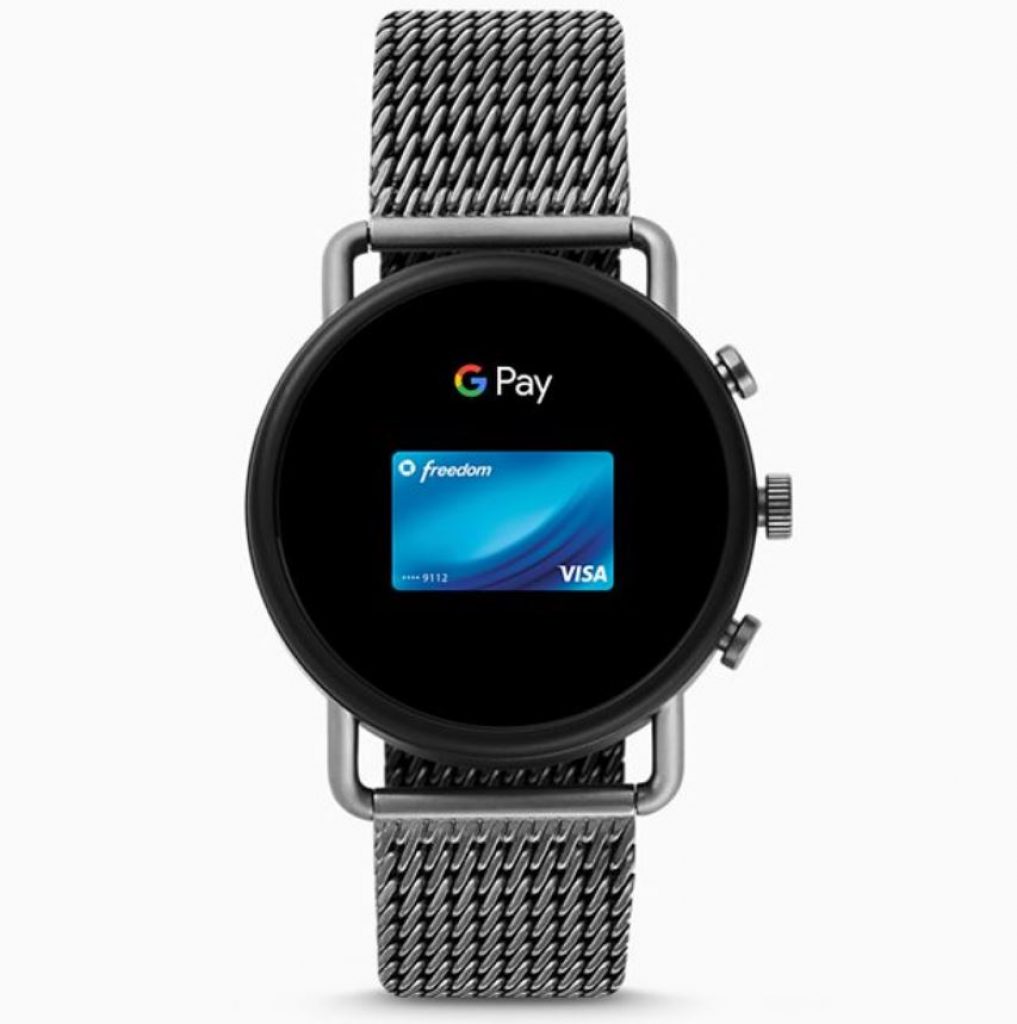 Our watch came with a metal wristband (‘Gunmetal Gauge Mesh’) woven from dense links, a bit like compact chain mail that pinched predictably wandering hair and added weight that took a day or two to get used to. But it contributes to a general industrial style that grew on us as we got used to the weight. Just a note – the 22mm wristbands are easy to change, but that’s a larger size than the 20mm wristbands that usually come with smaller (38mm) smartwatches.

The three buttons mounted on the right are slightly more for appearance than for function. The center has a crown with a moderate resistance – using the scroll is the most fun part of navigating around the watch. Pressing it returns to the watch face, and pressing it again takes you to the app’s main menu. If you want to go back, you can swipe back on display – a gesture we found by mistake, as it is not included in the manual. 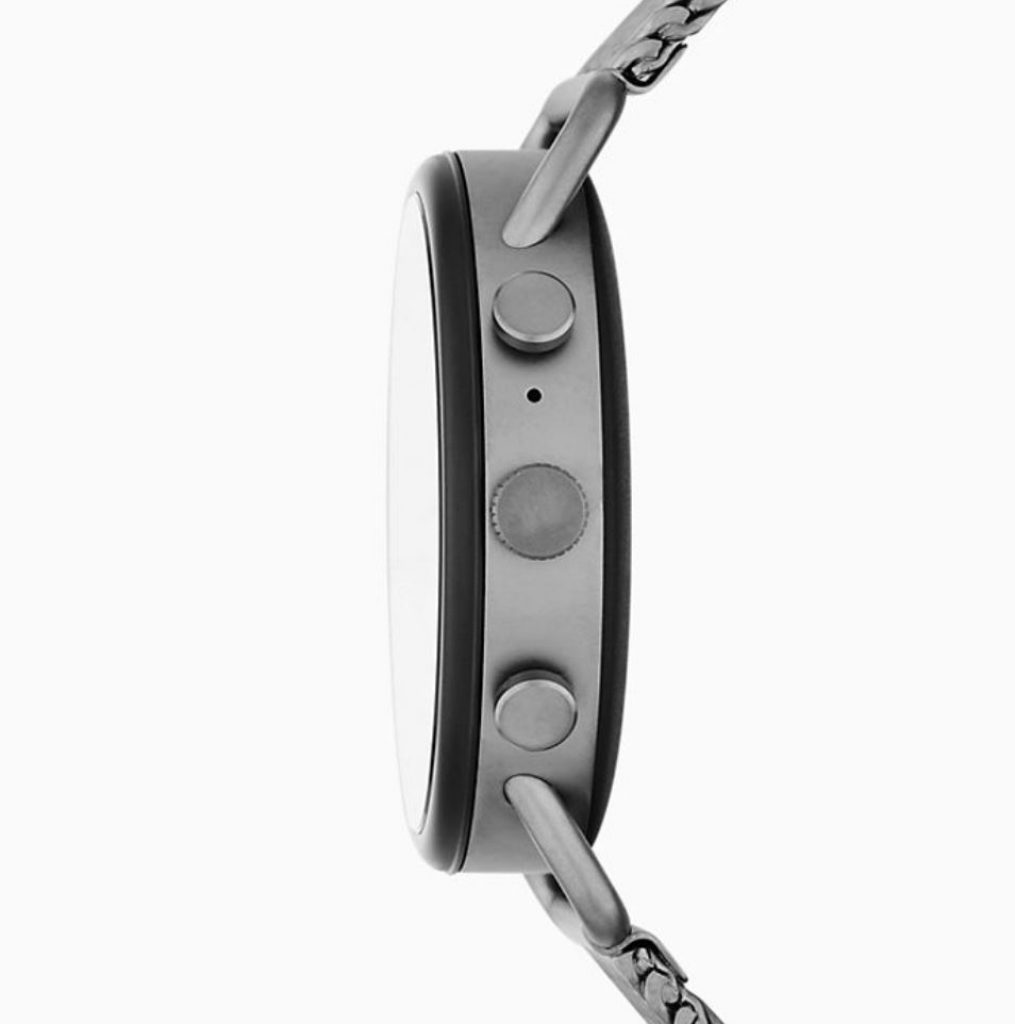 This is frustrating considering the perfectly fitting buttons on the top and bottom, which can only be mapped to create shortcuts to the app – but the ability to go back seems like a much more common instruction manual. On the opposite (left) side of the watch is the speaker lock.

At the back of the watch are the heart rate sensor and the power ring, which can be clipped onto the charger. Just like its predecessors, the Falster 3 charges a direct capacitive connection – here no wireless charging – so make sure you do not disconnect it from its charging pad. This often happens due to the weight of the watch and watch strap.

The 1.3-inch OLED display is another strength of the Skagen Falster 3. Although the screen isn’t as big as some other smartwatches, especially with its striking edge and thick inner lip, it’s very sharp and bright. And yes, it’s a circular screen, which is no surprise considering the use of Wear OS. The display is nestled in an eye-catching metal ring, which also serves to protect it from nicks and things. Such accidents can happen because the flat cross-section protrudes slightly more than the curved screens of smartwatches such as the Apple Watch 5.

The display is touch-sensitive, and it’s often easier to swipe a finger through the interface (such as sorting through the extensive workout list) than twisting the crown and accidentally pressing the ‘back’ button. Following the watch’s design focus, the fourteen digital dials supplied have been stylized into an error, with several cores ending in stupidity (one is just a ring of the phrase “ITS ABOUT TIME” with each letter corresponding to an analog numerical position from 1 to 12). But they are almost all dark faces with light markings, which is a battery-saving feature.

This is a Wear OS watch through and through, and predictably, it’s loaded with Google Fit and the suite of workouts and features. If you liked them somewhere else, you’d love the fitness experience of Falster 3. But again, there’s not much custom integration, which is disappointing. Want to switch from one workout to another? Then sweep back, and if the exercise you want isn’t one of your three recent choices, you’ll have to go through the entire catalog of the Fit Workout app in alphabetical order – which is excellent for Australian Football, but terrible for Zumba. 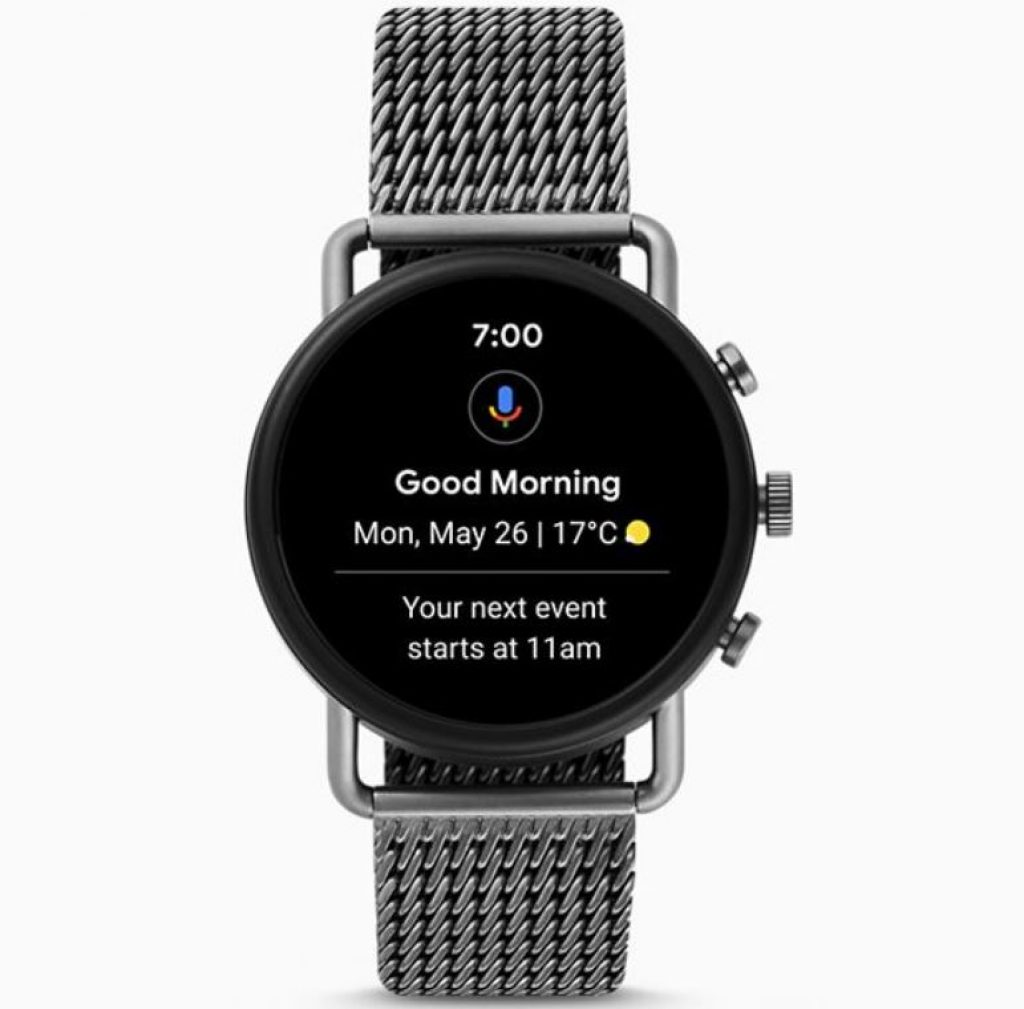 There are dozens of more workouts, from curling to snowshoeing – and while we haven’t tested the more esoteric activities, the set-and-forget exercises (running, stair climbing) were excellent. In contrast, others that need to be checked in after each set (strength training) were cumbersome. You also have to start and stop each workout manually, unlike other smartwatches that detect movement, and both ask if you’ve started an exercise and check-in to see if you’re ready. It’s not a particularly smart fitness experience.

That said, the Falster 3 itself is more than capable of adapting to your workouts, despite its metal body, and we didn’t find it getting in the way of any exercises. However, you will undoubtedly notice its weight during your first few sessions, primarily if you use the metal mesh wristband. He’s also waterproof up to 30 meters, so feel free to take him in the shower and go for a light swim, although the maximum pressure of 3 ATM means he’s not suitable for diving.

The heart rate sensor on the Skagen Falster 3 works during training and breathing exercises (accessible via the app). You can also have it read regularly throughout the day, but this will drain the battery a little faster than average.

The Falster 3 performs adequately for its minimal Wear OS functions, thanks to the use of the Snapdragon Wear 3100 chipset – the same as the Samsung Galaxy Watch and the Samsung Galaxy Watch Active 2, a slightly dated processor that has still not succeeded. Coupled with 1GB RAM and the Falster 3 has the best specifications for a Wear OS smartwatch. 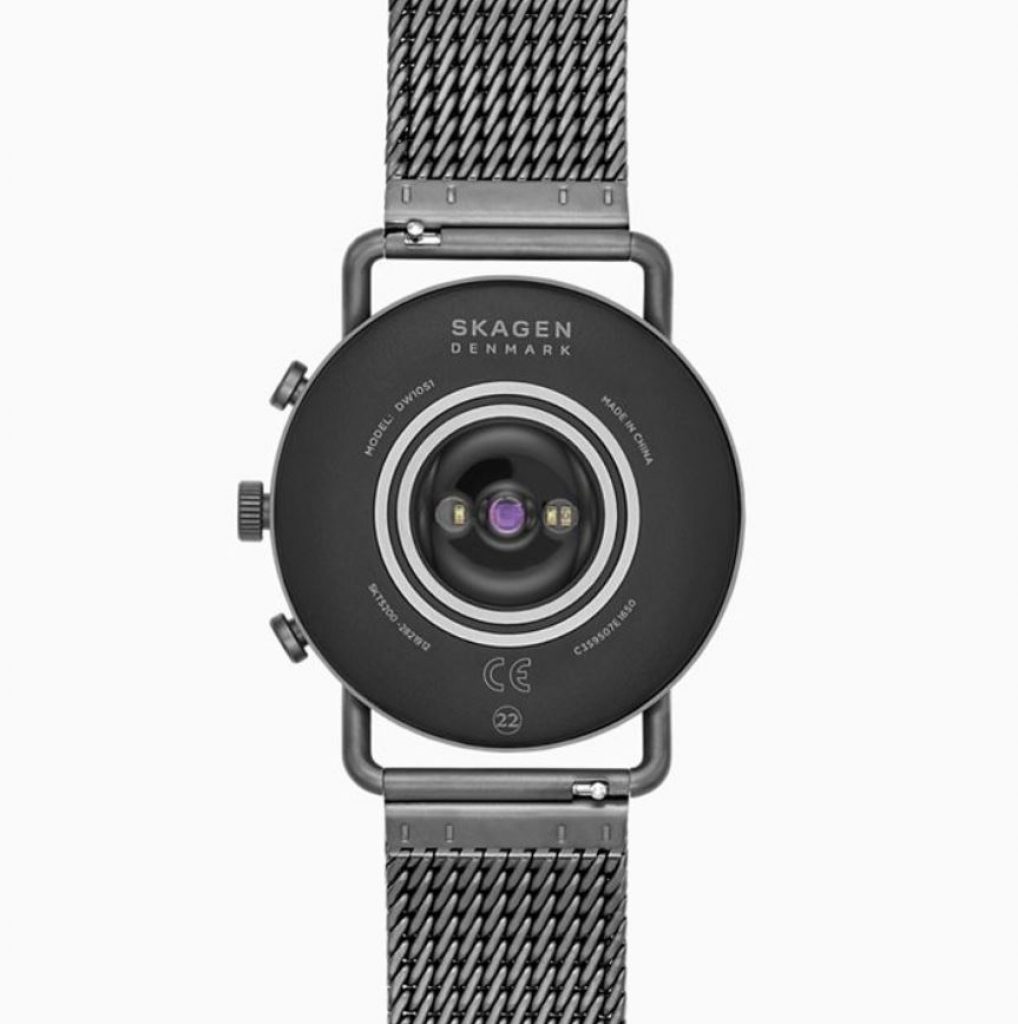 We hardly noticed any delay in sorting through the interface, whether using touch controls or sifting the crown through apps. The watch does suffocate during an attempt to hurriedly scroll through the snapshots of the ‘Tile’ app – however, wipe right off the home screen for those who do, which is disappointing. Oddly enough, it doesn’t skip a beat when scrolling through the vertical app list, whether it’s touching or using the crown.

There isn’t much to Wear OS bundled in apart from Google Fit and a few essential clock apps, although much more can be downloaded from the Google Play Store. You have plenty of room to download additional software with the 8GB of storage space on the device. It’s not nearly as big as the 32GB on the Apple Watch 5, but it’s more than the 4GB on the Samsung Galaxy Watch Active 2.

You can use the Skagen Falster 3’s NFC capabilities with Google Pay. However, it is unclear whether the functionality can be used with any other payment system (such as Samsung Pay, for example).

Fortunately, the Skagen Falster 3 is more generous in its battery options. It has four modes: three for high, medium, and minimum drain, along with a custom one to switch a dozen different potential drain options such as Wi-Fi, location, or always on screen. The ‘high’ mode, ‘Daily,’ holds everything, and generally lasts a whole day, while the medium (‘Extended’) sacrifices several functions to almost two days, Skagen claims. Time Only’ does exactly what it says, disabling connectivity and notifications to stay on for weeks. 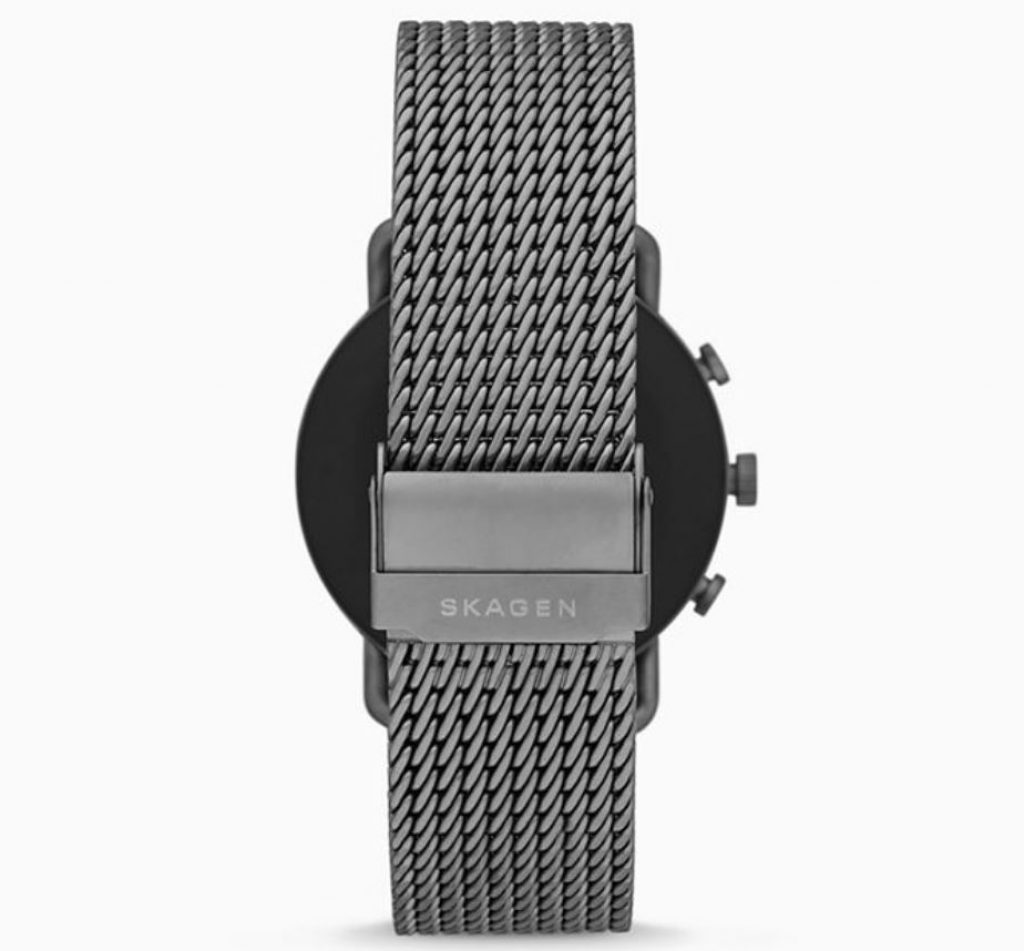 The watch will help you switch back to a lower mode when it reaches certain capacity thresholds to keep the Skagen Falster 3 on longer while maintaining some functionality. Generally, it’s easy to keep this smartwatch alive longer, just as long as you’re willing to tinker with the battery modes manually. As mentioned earlier, the weight of the watch may make recharging the supplied cord and puck a little more complicated. The weight in the body and the metal strap may drag the watch from ledges or shelves if you are not careful.

The Skagen Falster 3 is now available in selected markets for $295/£279 (approximately AU$425). It hit the stores on 7 January 2020, in the US and Asia, with availability in Europe by the end of that month. That price makes it slightly more expensive than the Falster 2, although the handful of additional features that earn bump. However, it is not a budget watch, and you will be able to get this functionality in more affordable portable products. You pay for the design, through and through.

The Skagen Falster 3 is a smartwatch that makes it easier to forgive some Wear OS errors only because it looks so good. Even with that more significant watch case. The staged internals has improved performance, especially with battery life, also if it’s only been a day. If Google Wear OS can get it up to speed, it has a watch brand in Skagen that’s more than doing its part on the design front. For more options, check our list of Best Smartwatches of 2021

The Skagen Falster 3 is a relief for smartwatches, but only in terms of appearance: its industrial style is unique, but the software and functions are very advanced. If you like Wear OS watches, the Falster 3 won't surprise you, but at least it has enough power and display quality to meet your basic needs of a smartwatch.