With just 4.1 pounds and 0.7 inches thick, the MSI’s GS65 Stealth Thin is one of the slimmest gaming laptops in the company to date. It is also one of the first gaming systems with the 8th generation, Six-core Coffee Lake processor from Intel, which promises 20 percent more performance than its predecessor, making this model a good productivity system. This is our MSI GS65 Stealth Thin Review.

But MSI has not underused game power, a VR-ready Nvidia GeForce 1070 Max-Q GPU crammed into that sleek chassis and all but guaranteeing that the notebook delivers high frame rates and smooth virtual reality experience – all in an incredibly beautiful frame. We wish this machine to run cooler, but overall the MSI GS65 Stealth Thin is one of the best gaming laptops for those who value portability.

Decorated with golden accents and beautiful without being showy, the Stealth Thin is the Bond girl of gaming laptops. The entire chassis of the laptop is made of black, matt sandblasted aluminum. Instead of the usual red-and-white dragon sigil logo with background lighting, MSI uses a bit of Midas-touch and replaces it with a printed black-gold emblem. A thin, diamond-cut golden strip lines the top of the laptop’s lid. The company also added some gold to the side openings for an elegant flash of color. 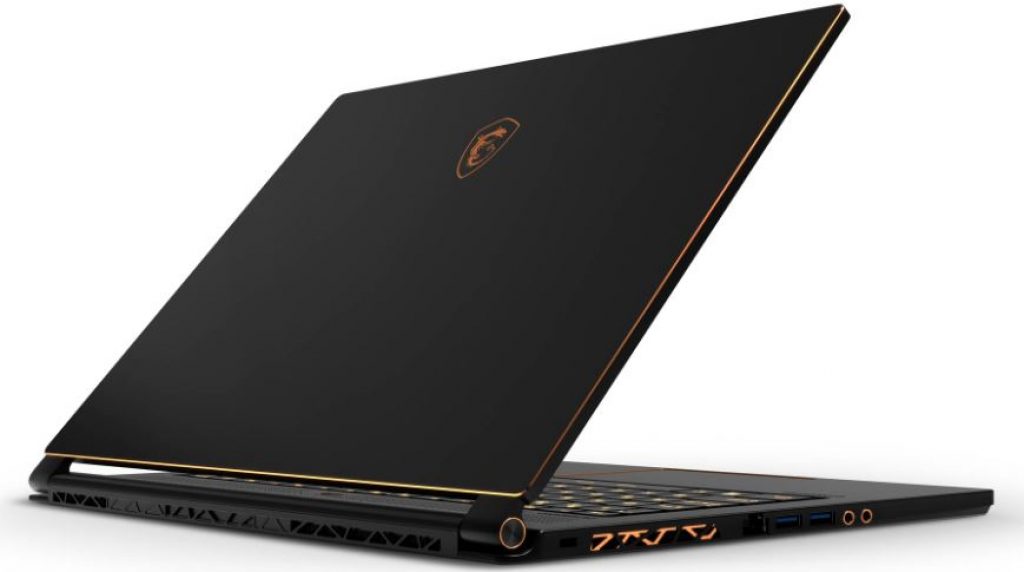 Because it is designed to work and play, MSI has provided the Stealth with a flexible hinge that makes you lay the screen flat in case you need a fast collaboration. If you press Ctrl + Alt + down arrow, the screen orientation is turned 180 degrees to get a better view of the person sitting in front of you. The interior of the Stealth Thin is stately, with black aluminum. The on/off button and the touchpad are lined with gold, with a glowing, gold-plated keyboard. Although I am a fan of the overall look, my favorite part of the interior is the above-mounted ventilation opening, with its delicate floral patterns.

Although the frame of the Stealth is thin, it still has many ports. On the right, there is a USB 3.1 Type-A port, Thunderbolt 3, a Mini DisplayPort, HDMI, and the power connection. You will find a pair of standard USB 3.1 Type-A ports, Gigabit Ethernet, a secure locking slot, a microphone connection, and an S/PDIF connection for high-resolution audio.

Usually, the keyboard keys on a laptop that is so thin are somewhat shallow. Not so with the Stealth. Even though we fall short of what we would like to see for key travel (1.4 millimeters instead of 1.5 to 2 mm), the island-style keys have a robust, 77-gram of actuation. Although I appreciate the 24K magic that MSI comes with the keyboard, I’m happy to see that the company still works with SteelSeries to deliver 16.7 million colors in the SteelSeries Engine software. 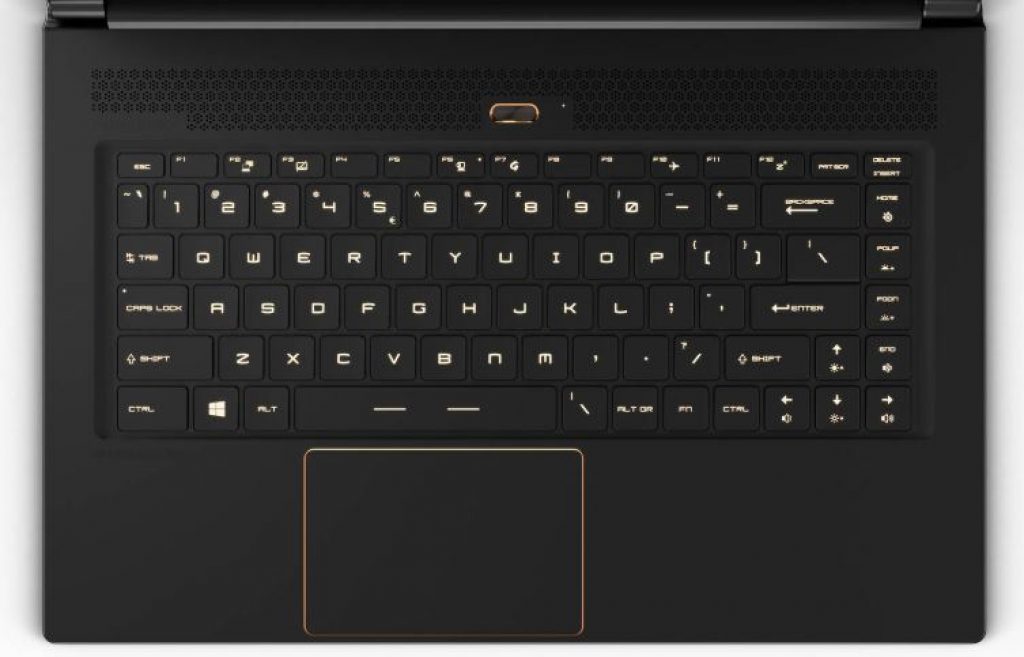 That way I can make my own, jewel-colored color scheme, because what is gold without a few gems? And since each key has its lighting, you can become as detailed as you want and choose colors and effects for each key. With SteelSeries Engine 3, you can not only make the keyboard look clean but also create macros. And when you have finished adjusting and programming, you can also set which applications are started with your new configuration.

The Stealth’s 15.6-inch display only has a 1920 x 1080 resolution. But although I wanted a QHD or 4K version, I appreciated the refresh rate of 144 Hertz, which should help reduce the number of tears on the screen and reduce latency. I also wondered about the incredibly vivid hues, such as the pink and green neon holographic controls in the Tears of Steel short. Details were sharp enough so that I could see the individual scales in a snakeskin coat, as well as the dirt and dirt that nestled in the cracks and fissures of the well-worn red garment.

I explored the countryside looking for a raging griffin in The Witcher 3: Wild Hunt but took the time to stop and smell the hellebores. When I stopped to pick the ingredient from the drink, I saw a large bloodstain in the clearing in front of me and several bones soaked with blood – a calling card of my prey. 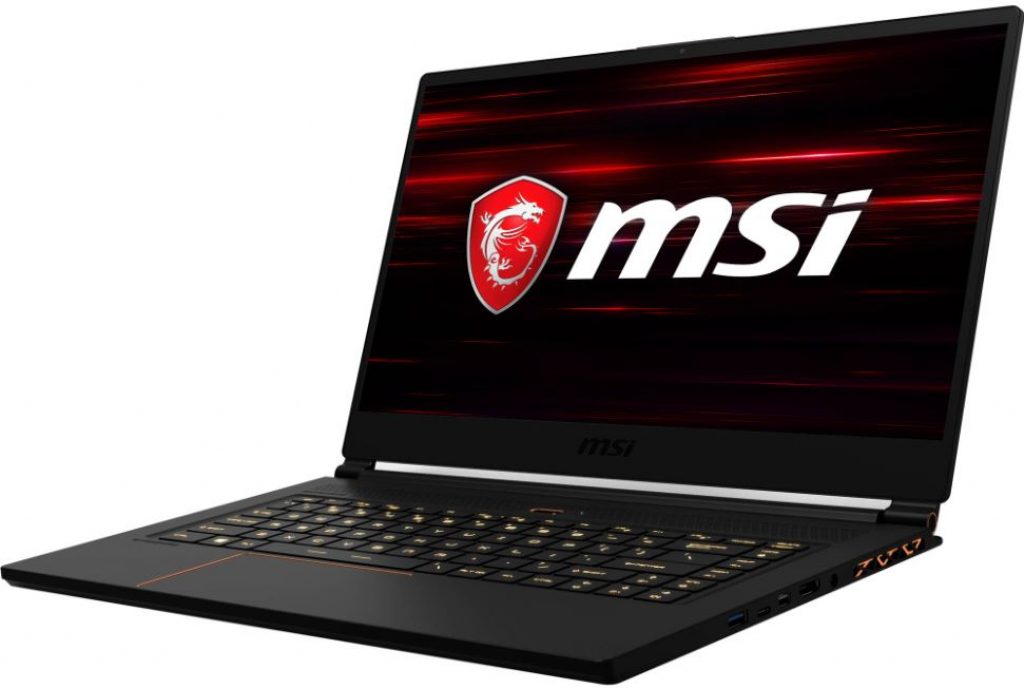 So much liveliness! The Stealth can produce 150 percent of the sRGB color range – a performance that surpasses not only the 141 percent of category average but also the ROG Zephyrus (120 percent), the Alienware 15’s (114 percent) and the PowerSpec 1510 (113 percent).

Although I usually hate speakers at the bottom, the pair on the Stealth is very good. While listening to Janelle Monae’s “Make Me Feel,” I was impressed by how loud the system was. It filled my office room with sharp percussion, clean synths, elegant guitar, and Monae’s mewling, sex-kitten vocal.

The forest in Witcher 3 was quiet, except for the wind and the light swoosh from the grass as I followed the path. A shrill call from a bird above the head broke the otherwise rural sounds of nature. A few seconds later, I heard heavily beaten wings and an unearthly roar. The tambourines and violins of the well-known Witcher fighting music came to life and pierced the fleshy plop of silver that sank into the flesh.

Nahimic and MSI Stealth Thin continue to make beautiful music with the third version of the first’s audio software. The retooled software keeps it simple and relieves its countless presets, instead of with music, film, communication, and gaming. You can adjust the bass, treble, or sound, depending on the preset. There is even a volume stabilizer to prevent your music from disturbing the people around you. The best part of this new software is the Surround Sound effect, which adds noticeable depth to everything you listen to, making it look like you’re in a small concert hall.

Nahimic also adds static noise reduction and echo cancellation to the microphone settings. You also have lateral noise suppression, which means that the microphone only records what is directly in front of it. The company has retained the Sound Tracker function, which gives you a visual representation of in-game sound, and shows you where the sound is coming from. The feature is currently compatible with 70 games, including The Witcher 3, Rise of the Tomb Raider, and Wolfenstein: The New Order.

The Stealth packs an Nvidia GeForce GTX 1070 Max-Q GPU with 8 GB VRAM. Sitting between a regular GTX 1070 and 1080, the GPU is powerful enough to deliver reasonable frame rates at the highest settings and support VR. Thanks to the focus on energy efficiency and consumption, the system works quieter and at a cooler temperature than conventional systems. 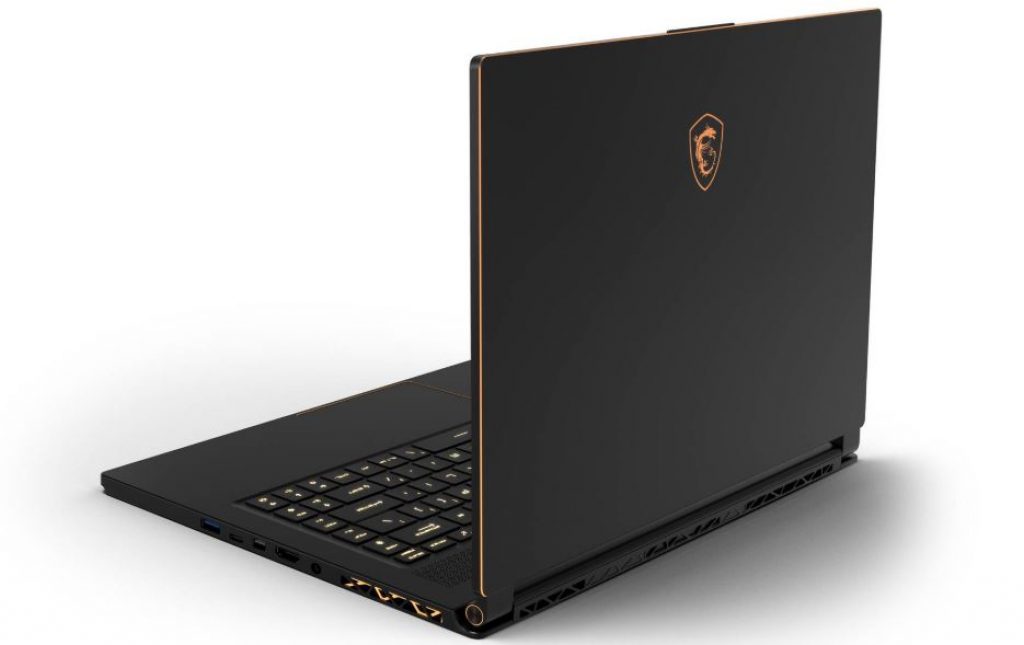 My griffin fight in Witcher 3 was tense. I continuously rolled out of the way to avoid the razor-sharp claws of an animal in the air. When it finally landed, I hit it long enough with my Axii spell to numb it and cut it off at his chest. The Max-Q GPU never faltered, so the action was displayed at Ultra with 1080p at 54 frames per second.

When we ran the Rise of the Tomb Raider benchmark (extreme settings, 1080p), the Stealth delivered 44 fps, which sailed past our playability threshold of 30 fps. However, it missed the premium gaming average of 57 fps and the results of 1510, ROG Zephyrus, and Alienware 15 (GTX 1070) of 56, 53, and 52 fps, respectively.

During the Hitman test, the Stealth achieved 79 fps, a frame shorter than the average of the 80-fps category, but sufficient to beat the 60 fps of 1510. The Zephyrus scored 87 fps, while the Alienware 15 registered 98 fps.

During the GTA V test, the MSI Stealth produced 61 fps, so the category average of 67 fps was missing. Still, we managed to sneak past 1510, which scored 60 fps. The Alienware 15 achieved 68 fps, while the Zephyrus delivered a decent 70 fps.

The Stealth did reasonably well on the SteamVR test, scored 9.5, and placed it in the very high quadrant, which is slightly below the category average of 10.5. The ROG Zephyrus (10.9) achieved a slightly higher score, while the 1510 and Alienware scored 15 and 11, respectively.

The MSI GS65 Stealth Thin is one of the first gaming laptops to be introduced with the new 8th generation Coffee Lake processor from Intel. One of the most significant improvements is that these new chips have 6 cores instead of 4, which delivers more performance than the previous generation. All that new power was visible when I saw an episode of Queer Eye for the Straight Guy on Netflix while using Windows Defender with 25 open tabs in Google Chrome. The Stealth’s 3.9 GHz, Intel Core i7-8750H processor with 16 GB RAM, has aborted the task and shows no latency. 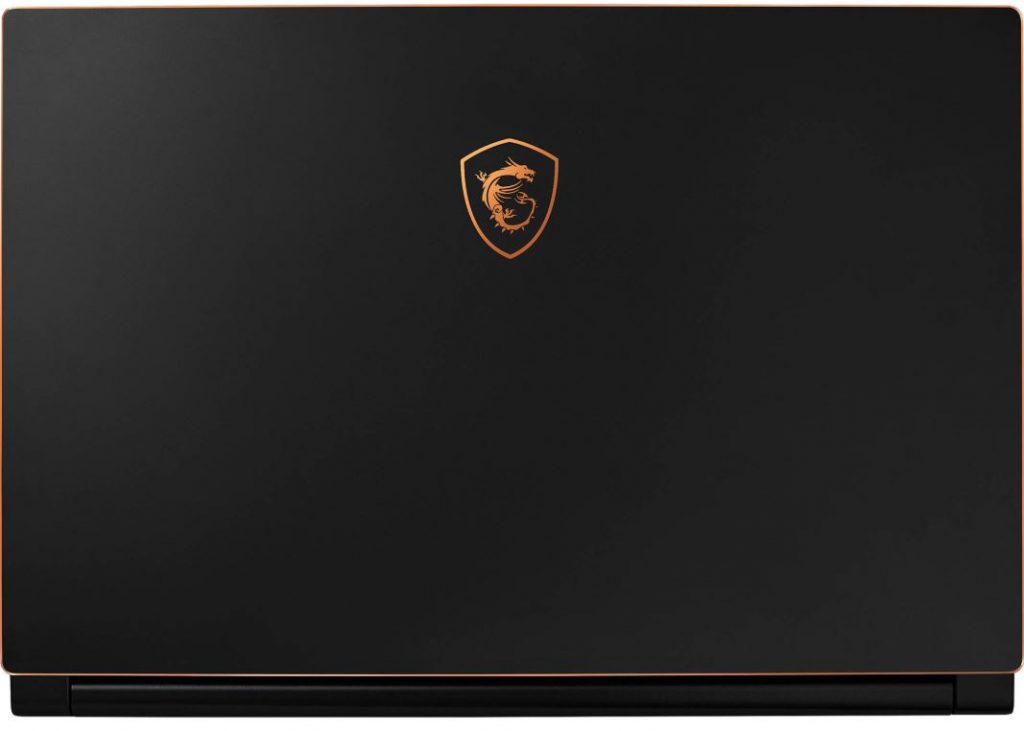 I played Witcher 3 for 15 minutes. When I was done, I recorded the temperature of Stealth in three strategic places. The touchpad measures 82 degrees Fahrenheit, while the center reaches 101, which is warmer than our comfort limit of 95 degrees. But the middle of the bottom of the laptop was even hotter, at 122 degrees. MSI has redesigned its latest generation of Stealth fans with thinner fan blades, and five heat pipes added instead of three.

That meant that when the fans started during my Witcher romp, they were relatively quiet. There was, however, a noticeable but low whistle when the fans initially went in. We measured those spots again after everything had cooled down, but this time, after 15 minutes of walking an HD video. The touchpad and the middle of the keyboard were 87 and 94 degrees, respectively, while the bottom touched a relatively warm 102 degrees.

On a gaming laptop, you usually have to trade energy for battery life. Not so with the MSI GS65 Stealth Thin. Thanks to that energy-efficient GPU, the system lasted an extraordinary 5 hours and 40 minutes on our battery test, which includes continuous web browsing via WiFi with 150 nits of brightness, shattering the average of 3:49 premium gaming laptops category. The ROG Zephyrus was knocked out after 2:47.

Some gamers don’t desire a system that doesn’t light up like a technical disco ball. They are looking for something that performs like a gaming laptop but looks like a business notebook. For them, and people like me, there is the MSI GS65 Stealth Thin. For around $2,000, you get a laptop with powerful gaming and overall performance, excellent audio, and a comfortable, customizable keyboard.

However, if you are searching for something with a little more oomph and want to keep things reasonably slim, check out the Asus ROG Zephyrus ($2,199), which has similar specifications, but a dimmer screen and a thicker, more massive chassis. But if you want a sleek, sophisticated laptop that fools you when gaming or cracking numbers, the MSI GS65 Stealth Thin is a great choice.