ALEXANDRIA, Va., March 02, 2021 (News) — This morning, news surfaced on an African-American prisoner who’s U.S. Supreme Court and 3rd U.S. Court of Appeals (conviction appeal) cases were recently denied, seemingly as a result of his legal incompetence, primarily due to his inability to reasonably communicate with the courts during the COVID-19 pandemic, in conjunction with a series of unusual (prison mail-related) episodes that began prior to the coronavirus pandemic proclamation last March, involving legal mail sent via ‘certified’ or ‘priority’ methods through the U.S. postal service- sensitive mail items, transmitted between the courts, the Justice Department, and a black federal prisoner (prosecuted under a ‘political pretext’) who had been representing himself after finding improprieties with his criminal trial attorney in 2018.

Suggestion For You:
Best Computer Speakers Under $100
Best Waffle Maker In India

Last week, at a hearing before the House Oversight Committee, Postmaster General Louis DeJoy conceded his acknowledgment of failure in the delivery of 2020 holiday mail, and other mail delays due to the coronavirus pandemic, but stated the Postal Service “was operationally faulty long before I took office.”

However, presently political prisoner Cary Lee Peterson’s legal incompetence issues (https://tinyurl.com/chief-justice-balks) associated with Chief Justice John Roberts and Associate Justice Samuel Alito are not wholly the fault of the postmaster’s COVID-19 mail delays that have inconvenienced tens of millions of consumers, and the even fewer private citizens communicating with the courts, government, and attorneys, in active court proceedings or litigious communication.

THE PAPER TRAIL OF (LEGAL) ‘MAIL-FEASANCE’

Last year, civil rights lobbyist Cary Peterson, incarcerated at FDC SeaTac- upon seven prison transfers amid his direct appeal proceedings than began Jan ’19- filed court papers in a (directly) related cross litigation , at the U.S. District Court for the Nevada District, showing (https://tinyurl.com/rejected-clp-jailmail) that a large-sized mail item sent to Peterson by U.S. Attorney Craig Carpenito’s office in Newark, New Jersey– a legal mail item that was a copy of the Justice Department’s reply petition and a trial court transcript excerpt, related to Peterson’s criminal appeal case in the 3rd U.S. Court of Appeals– was rejected by a prison official, for reasons stating that it did not qualify as ‘official legal mail’ under the BOP legal mail policy.

Dec. 20, 2018, Peterson’s sentencing judge (who was a judicial appointee from the Carter administration), addressed his legal incompetence to ‘mindfully’ stand before the trial court at sentencing, which resulted in her denying his right to fire his attorney and represent himself (https://publicintegrity.org/politics/scam-artist-who-started-pro-sanders-super-pac-sentenced-to-prison-on-federal-fraud-charges/) (https://news.yahoo.com/defendant-forced-testify-witness-against-091000966.html).

But oddly, in a memorandum order to relieve Peterson’s trial attorney Eric Marcy (https://tinyurl.com/judge-concedes2iac), the same federal judge conceded that Marcy and Peterson’s attorney-client relationship was evidently “not viable for further representation,” one week after she sentenced Peterson to 52 months of imprisonment, three years supervised release, and $206,000 restitution, for a non-violent (white- collar) offense that U.S. District Judge Anne E. Thompson closed sentencing remarks with her saying that ‘ Peterson came into no proceeds from fraud, but potentially could have.’

Additionally, in April ’20, this same lawsuit involving Justice Department officials, a member of Senate, and the Federal Bureau of Prisons, as the parties , added on multiple civil rights deprivation claims regarding the COVID-19 prison lockdown and gross negligence that ensued a coronavirus spreading outbreak in the federal prison system, of which was reported by various media outlets in a four month news-expose (https://finance.yahoo.com/news/black-political-prisoner-seeks-bail- 081700180.html) (https://www.southseattleemerald.com/2020/09/07/seatac-federal-detention-center-fails-to-follow-coronavirus-protocols-exposing-prisoners-to-the-virus/) (https://apnews.com/press-release/globe-newswire/prisoners-health-prisons-lawsuits-disease-outbreaks-public-health-e6e339872cef83466d3bf2bd18a35349) (https://apnews.com/article/f707b245c4e48bc47a001531bd245077) (https://www.seattletimes.com/seattle-news/health/covid-infections-hit-31-inmates-and-6-staff-at-federal-detention-center-in-seatac/).

Surprisingly, not a single person from the administrations of the Postmaster General, Justice Department, Federal Bureau of Prisons, or the Supreme Court were available for comments on Peterson’s claims (and supporting postal tracking records) on legal mail obstruction (interference with the administration of justice), case sabotage, and tortuous interference.

But ironically, Jan. 7, the Justice Department solicitor general filed a motion with the Supreme Court to waive the United States’ right respond to Peterson’s Dec. ’20 Supreme Court ‘certiorari’ petition (i.e. any of the claims, federal questions, related cases, or subject- matter, supported by very overwhelming evidence and case law that Peterson filing for leave to the Supreme Court last year).

USPS tracking records and shipping label receipts (https://tinyurl.com/lost-legal-mail) show that a federal prisoner by the sender name of “Cary Lee Peterson” had sent numerous (pre-paid) mail items to federal district and circuit courthouses, among the District of Columbia, New Jersey, and Oregon, the U.S. Supreme Court, and the U.S. Justice Department’s attorney general and solicitor general, over the past two years, that showed as delivered on USPS records, but were never docketed or confirmed received by the court; or in more unusual circumstances, Peterson’s legal mail wound up arriving to the courts with alterations (e.g., several critical portions of court filings missing, or placed out of order to induce confusion to anyone reading it); and in one instance, Nov. ’20, a service of process notice intended to be delivered to the DOJ in Washington, D.C., wound up in Vermont, near the office of an opposing party from Peterson’s Nevada lawsuit; and more recently a time-sensitive court filing sent to the federal courthouse in Camden, N.J. by ‘priority mail’ remains undelivered after more than a month (https://tinyurl.com/camden-legal-mail-lost).

Peterson’s publicist Amanda Liu stated in an open letter to the press- (copied to the Senate Judiciary Committee, who has been abreast of the ‘Peterson-USPS-BOP-DOJ-Court’ ordeal associated with former FBI director Andrew McCabe, for the past two years)- remarked: “Mr. Peterson’s unusual prosecution (over the past five years) by the government per nefarious means resemble a modern-day version of the vindictive persecutions imposed upon the former South African leader Nelson Mandela and Dredd Scott…Black lives truly don’t matter to the American justice system if rejection or denial of constitutional rights to due process and legal competence are so expressly invoked by Chief Justice John Roberts’ chamber, simply because of systematic technicalities or national crises that are beyond the authority or control of an innocent black man who is merely trying to obtain a fair hearing to prove his innocence – and thus enjoy his constitutional rights to life, liberty, free-speech, and due process without being victimized by systemic prejudice and racial injustice.”

Liu further comments, “It is a pity that the United States Postal Service can no longer be trusted to properly deliver sensitive mail to federal judges and public officials in the judicial or legislative branches, amid postal system’s pre-existing complaints related to voter mail-in ballots and registrations…Unfortunately, the postmaster general is vicariously or constructively liable for the irreparable harm and damage that these habitual irregularities and misprisions have caused Mr. Peterson…We shall definitely look across the street to one of USPS’s premium mail service competitors on any future communication with the courts.”

Defendant Forced to Testify as Witness Against Himself – Third Circuit Pushed to Overturn Conviction (Oct. 27, 2020)https://news.yahoo.com/defendant-forced-testify-witness-against-091000966.html 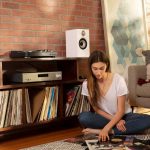 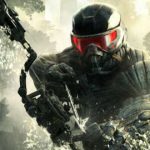 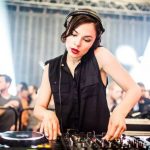 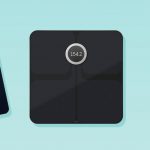 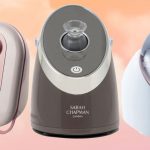 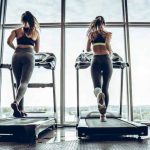 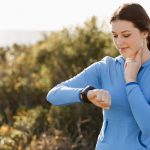 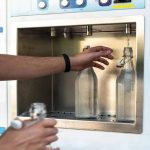 April 19, 2021
Source www.insidenova.com ﻿ “Asking questions about unsolved homicides was a roll of the dice every time,” Holthouse says. “I was constantly on guard ...

April 19, 2021
When gamers are playing Xbox Game Pass games on their Android mobile devices, they can connect a Xbox controller to make it a little easier. There are also ...

April 19, 2021
WellSky adds new CFO “I look forward to working closely with Bryan to continue to grow Traditions, and for Traditions to be the employer and provider of choice ...

$26M Raised by Tines for its no-code security automation platform

April 19, 2021
Tines, a no-code automation platform co-founded by two senior cybersecurity operators, today announced that it has raised a $26 million Series B funding ...

April 19, 2021
Spotted by Twitter user Andrew Pantyukhin, the changes were made to update the Secure Enclave component on the A12, A13, and S5 processors in Apple’s devices ...

1Q 2021 News Survey: The Impact of COVID-19 on the Use and Plans of Cybersecurity Solutions for Small and Medium Businesses – ResearchAndMarkets.com