US job vacancies increased to a two-year high in February

Job openings, a measure of labor demand, increased 268,000 to 7.4 million as of the last day of February. That was the highest level since January 2019 and pushed job openings 5.1% above their pre-pandemic level. The second straight monthly rise in vacancies lifted the jobs openings rate to a record 4.9% from 4.7% in January.

The Labor Department’s monthly Job Openings and Labor Turnover Survey, or JOLTS report, on Tuesday was the latest indication that the labor market had turned the corner after shedding jobs in December as the nation buckled under a fresh wave of COVID-19 infections and depleted government relief. “This report provides further evidence that the demand for labor is rising,” said John Ryding, chief economic advisor at Brean Capital in New York. “But the level of labor demand relative to potential labor supply is still low, though rising.” There were an additional 233,000 job openings in the health care and social assistance industry. Vacancies in the accommodation and food services sector, one of the industries hardest hit by the pandemic, increased by 104,000 jobs. Arts, entertainment and recreation job openings rose 56,000.

Suggestion For You:
Best Smartphone Gimbals Under $150

But vacancies decreased in state and local government education, as well as educational services and information. Economists polled by Reuters had forecast job openings would rise to 6.995 million in February. The report followed on the heels of news on Friday that the economy added 916,000 jobs in March, the most in seven months.

The labor market is being boosted by an acceleration in the pace of COVID-19 vaccinations and the White House’s recently passed $1.9 trillion pandemic relief package, which is sending additional $1,400 checks to qualified households and fresh funding for businesses. Demand for labor could increase further as more services businesses reopen. The U.S. Centers for Disease Control and Prevention said on Friday fully vaccinated people could safely travel at “low risk.” STIFF COMPETITION

In February, hiring rose to 273,000 to 5.7 million. That boosted the hiring rate to 4.0% from 3.8% in January. Hiring was led by the accommodation and food services industries, which increased by 220,000 jobs. But hiring decreased in state and local government education. Despite the brightening labor market picture, competition for jobs remains tough and unemployment remains well above pre-pandemic levels. There were 1.4 unemployed people for every open job in February, well above 0.82 on the eve of the first wave of the pandemic lockdowns 12 months ago. “This means employers will have an easier time hiring, but job seekers still don’t have the bargaining power they did prior to the pandemic,” said Nick Bunker, director of research at Indeed Hiring Lab. 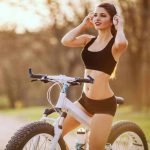 Best Headphones For Cycling
Are you fond of cycling, and do you need a personal and reliable audio solution? Then read this article till the end, and you will find some of the…read more ❯ 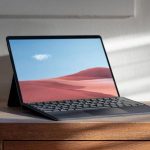 Microsoft Surface Pro X Review (SQ2, 2020)
Enter the Microsoft corner of your nearby electronics store, and the Surface Pro X is probably the device you’re attracted to. With its sleek bezels…read more ❯ 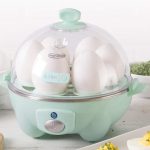 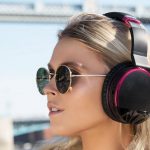 Best Headphones Under $150
Are you looking for the best Headphones, but do you only have a budget of $150? In this buyer’s manual, we show you a wide range of options offered…read more ❯ 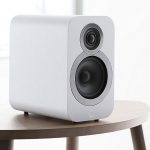 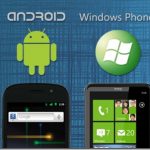 Best Mobile OS (Operating System)
Best Mobile OS: Many people have a lot of information about different mobile phones and their manufacturer companies. However, very few of them know…read more ❯ 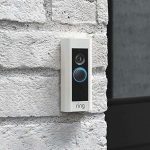 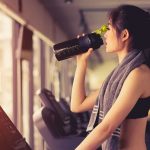 April 17, 2021
Weidner’s thread indicates that in many ways, video games are largely made up as they go along. Of course there are plans for stories, mechanics, and various ...

April 17, 2021
Source www.theblockcrypto.com Related Reading Overall, $9.2 billion in crypto long positions have been liquidated in the last 24 hours.  As of the time of ...

April 18, 2021
Lifetime income and net worth Capping must-haves can help you survive a job loss or other financial setback. You also can use the limits to determine if you ...

Center business reflects on how to operate during the pandemic | News

April 18, 2021
Passey said the Enid community allowed small businesses the opportunity to survive, and that she saw an influx of people from bigger cities coming to her store ...

April 18, 2021
While driving these massive benefits, the Energy Innovation and Carbon Dividend Act will also provide economic benefits to Americans. Each month, people would ...

April 18, 2021
“I’m trained to look at dynamics between people and to build relationships,” Robinson said. “I have found that training has helped me considerably in my job. ...

April 18, 2021
“Brown Park is a wonderful resource for our community — a place to exercise, a quiet reading spot, or a retreat to just enjoy nature. Baptist Health Louisville ...
Show next
Latest News