Technology » You Can Soon Play GTA 5 On Your Smartphone
Technology

You Can Soon Play GTA 5 On Your Smartphone

Grand Theft Auto 5 will return to Xbox Game Pass in April, after previously being available between January and May 2020. This time, a friend comes along in the form of cloud support, so players can experience the game on their Android phone or tablet of choice, provided they are a subscriber to Xbox Game Pass Ultimate.

Suggestion For You:
Best 3D Printers Under $500
Best Water Dispenser In India

Grand Theft Auto 5 will be reintroduced on Xbox Game Pass on April 8 for console and cloud gaming specifically and headlines a busy month ahead for the gaming subscription service. Again, PC players will, unfortunately, have to look elsewhere if they want to play GTA 5 soon.

Other titles added in April include, oddly enough, Sony’s MLB The Show 21 (a day one release on Xbox Game Pass), the charming indie game Rain On Your Parade, and NHL 21 via EA Play among others. Most of the month’s additions will also have support for cloud gaming, except for NHL 21 and the PC exclusive Pathway.

Grand Theft Auto 5 might also be a turning point for cloud gaming on Xbox Game Pass. This is especially true for the still wildly popular GTA Online, where a large number of players could put a lot of pressure on Microsoft’s servers.

We also hope that playing GTA 5 via the cloud will benefit from 1080p picture quality, a feature Microsoft tested for Xbox Game Pass last month. Currently, cloud gaming via Game Pass is limited to only 720p resolution. This isn’t a big deal on smaller screens, but you’ll definitely notice a drop in image quality if you’re playing on anything larger than a smartphone or tablet. 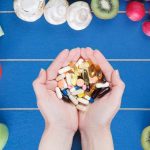 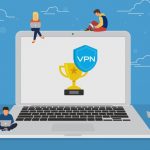 Best Mac VPN
Many Apple fans may think they don’t need a Mac VPN. After all, MacOS is known to be stable and secure and is known for its excellent built-in…read more ❯ 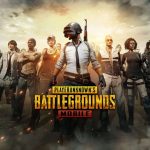 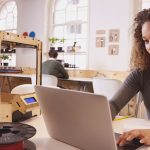 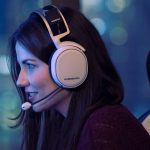 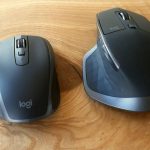 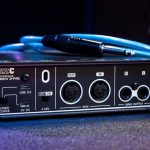 Best Professional Audio Interfaces
This article is not intended for beginners. It is for those who do not mess around when it comes to the quality and functions of their recording…read more ❯ 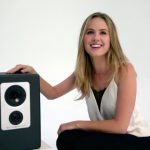 April 19, 2021
Azimuth Security is known to be a low-key independent information security company that provides tools and consultancy to democratic governments and it has ...

April 19, 2021
Codecov said in a statement hackers began tampering with its software – which is used across the tech industry to help test code for mistakes and ...

“Residents with Security Cameras can help by teaming up” says Police

April 20, 2021
It’s become routine for police to contact banks and gas station owners and several closed-circuit cameras at intersections around town and near schools, that ...

The CRA has nearly 1,200 complaints from companies that use COVID money improperly, but has not issued fines

Americans are getting ‘more money’ to remain unemployed: Moore

April 19, 2021
Source www.foxbusiness.com CLICK HERE TO WATCH THE FULL INTERVIEW  … STEPHEN MOORE: Now, on this big issue about the labor force, we are seeing a big problem ...

April 19, 2021
Commenting on the efforts by crypto stakeholders to remedy the disinformation in Washington regarding the industry, Smith remarked that several market actors ...

April 19, 2021
Developed by EA Dice, Battlefield 6 is still something of a mystery but EA has wasted no time in teasing big things. EA CEO Andrew Wilson has expressed hopes ...

The future of DeFi financial markets

April 19, 2021
To hedge against the currency risk of USD-based investments, some institutions have started using Bitcoin – and where the institutional investors go, the ...

April 19, 2021
Altica Partners is a leading Africa-focused, multi-sector investment and advisory firm that invests in Public and Private Credit markets with differentiated ...

How Mercenaries in Resident Evil Village differs from previous RE games

April 19, 2021
Like its predecessors in past Resident Evil games, Resident Evil Village’s Mercenaries must be unlocked by first completing the main game and will task players ...
Show next
Latest News