Compsmag is supported by its audience. When you buy through links on our website, we may earn an affiliate commission fee. Learn more
Reviews » Dragon Ball Z: Kakarot Review
Reviews

Dragon Ball Z: Kakarot begins precisely where the anime does: introduce us to Goku and his son Gohan just before the Saiyans will invade Earth, reveal Goku’s true Saiyan legacy and set off a series of events that threaten the whole universe. It’s a story we’ve seen in other Dragon Ball Z games over the years, but unlike recent examples, Kakarot tells his story through a narrative RPG rather than a strictly battle-focused game. This is our Dragon Ball Z: Kakarot Review. 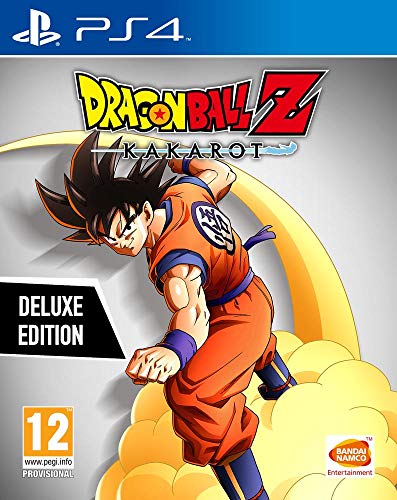 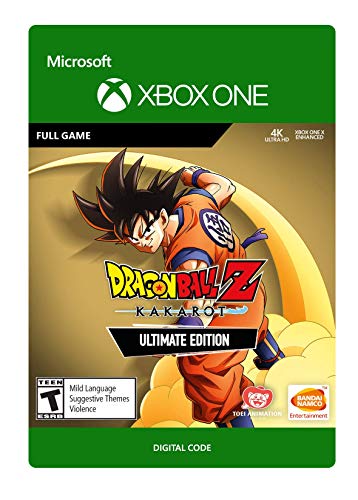 Here you will find all the great story arcs of Dragon Ball Z: the Saiyan invasion, the confrontation with Frieza on the planet Namek, the Androids, the battle against Cell, and the story of Majin Buu. But among all these massive, earth-shattering sagas and intense battles are countless smaller stories and character interactions that have obscured many games.

The structure of the game is divided into parts: free-roaming/exploration sequences with a semi-open world, battle scenes against enemies big and small, and cutscenes in which you see some of DBZ’s most dramatic story moments play in beautiful in-engine renditions. There is a correct balance between all of these; it seldom feels like you are watching a movie for too long, or you are always being driven into a fight without taking a moment to catch your breath.

Sometimes the exploration sequences seem too long, but a lot depends on how much time you want to spend doing side missions and hunting collectibles like power-up spheres, food supplies, and side activity materials like cooking and crafting. It’s not necessary to spend a lot of time on side activities. Still, it does offer benefits – and while flying around in the large, vibrant environments, it’s easy to get swept up exploring the DBZ world itself, which is filled with giant fish, raging dinosaurs and futuristic cities.

A striking thing about DBZ: Kakarot is how it shows the big cast of the anime. You begin the game as Goku, but as the story progresses, you take control of several other characters such as Gohan, Vegeta, Piccolo, and Trunks, to name a few. Familiar characters like Krillin, Yamcha, Tien Shinhan, and Android 18 also seem to help you in the battle as assistants. Many of the other supporting DBZ cast members also make cameos in side missions and story scenes.

Building friendships with characters by searching and rewarding gifts you with a character emblem. By placing it on a community board representing a group of Goku’s companions, you can earn various boosts for battles, collecting items, cooking, and other adventurous activities. But these rewards are only part of what makes DBZ: Kakarot’s adventurous feeling satisfying. Dragon Ball Z is a series in which character relationships and interactions are essential, and that is reflected in the non-combat story bits.

You see Piccolo warming up to young Gohan, the tough mother role of Chi-Chi, the fighters who bond outside the fray, teenage Gohan doing his crazy Great Saiyaman shtick, and much more. Even relatively small characters such as Yajirobe, Launch, and Puar have side missions that show funny interactions, crazy screenplays, and genuinely sad and moving moments. It’s great to see so many DBZ characters having their time to shine, and it helps you forget that many of the side quests are quite typical RPG kill-these-enemies or collect-this-item affairs.

As someone who thinks some of DBZ’s ‘filler’ and comedy episodes are among the best in the series, I appreciated a greater focus on these stories in DBZ: Kakarot. Of course, Dragon Ball Z wouldn’t be without combat. While the 3D action-driven battle takes some getting used to in the beginning, once you have the reasonable control of the controls, you fly around, shoot ki blasts, and Kamehamehas like a pro. You control a single character who has two basic attacks: close-up melee attacks and distance ki blasts.

If you have companions in combat, the CPU will control them, and you can direct them to use special attacks. In addition to your base attacks, you have several powerful special abilities, a boost to get close to the opponent, various defense techniques to protect, dodge and capture an attacking opponent, and even the ability to transform into more definite forms. Many of these skills cost ki, which can be changed mid-battle, but leaves you vulnerable, making ki management very important. A strain gauge fills up over time, and when full, you can send your warrior into a super-powerful state where you can chain special attacks together, causing severe destruction.

It’s an intriguing combat system, and the 3D air displacement element is unique, but there is a lack of depth – most regular enemies and even a few bosses can be patterned to combat them much more quickly. Plus, the enemy story outside of combat is missing from the main story, especially the annoying cannon food enemies that will interrupt you when you want to explore. But the fighting still has some standout moments during big boss fights when enemies lash out huge, incredibly damaging energy attacks that force a quick change in strategy.

Overcoming some of the dirtiest things the iconic villains of Dragon Ball Z throw at you with skillful evasive and well-timed attacks is hugely rewarding. It somewhat makes up for all the time you waste fighting the same robots beaten time after time.

In our Dragon Ball Z: Kakarot review, a semi-open approach to telling the saga of DBZ – despite some minor issues – is a good one. Zooming into the environments and seeing the world up close is great, and it’s great being able to interact with so many fun DBZ characters and see stories usually passed by for game customizations. And while battles fall a little short, when the big fights take place, they feel appropriately epic and engaging. If you’re looking for a fun way to see adult Goku’s life and times from a new perspective, Dragon Ball Z: Kakarot will fulfill your wish.

It’s a story we’ve seen in other Dragon Ball Z games over the years, but unlike recent examples, Kakarot tells his story through a narrative RPG rather than a strictly battle-focused game.