Best Anime Of All Time: This list is purely based on the editor’s preference which features both ongoing and complete anime series. This list also features some long-running anime like Detective Conan, One Piece, etc. 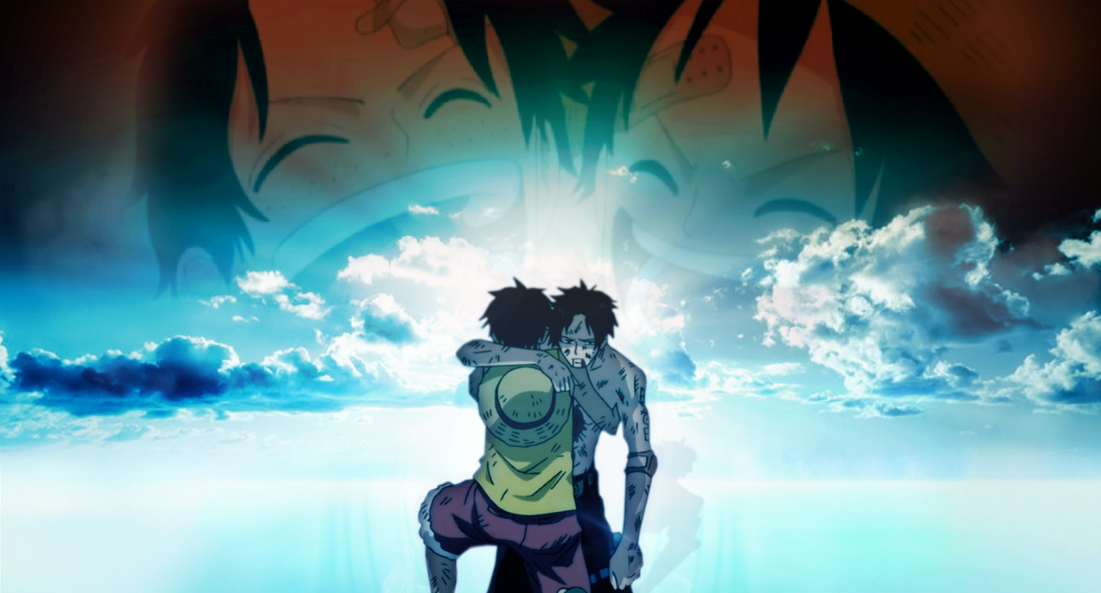 Straw-hat Luffy (Monkey D. Luffy) is the main protagonist of this series who gained the properties of rubber after eating a Devil Fruit. With his crew (Nakama) of pirates, named the Straw Hat Pirates, they explore the Grand Line in search of “One Piece” the world’s greatest treasure to become the next King of the Pirates. It is written and portrayed by Eiichiro Oda.

One Piece is the selling manga series in history, and it sold over 380 million volumes worldwide by 2015.

Monkey D. Luffy is the most influencing character I have ever seen. One piece’s series is quite long, but when I start watching, I was afraid that episodes would end up, at that point of time I was on 200th episode & there was 500 episode still left.

If you are an anime fan, then I’m sure you are still watching this anime as it is still ongoing from October 20, 1999 – present. If I can time travel in the future, I will surely end up watching One Piece. 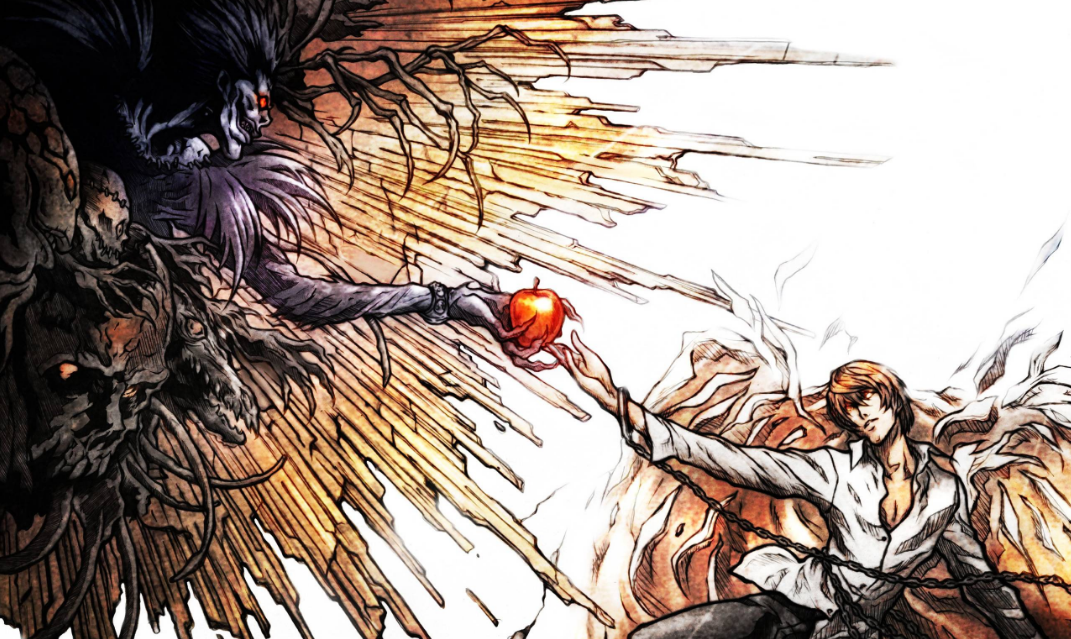 At first, I wasn’t prepared for this anime, as it was totally different from other action-adventure animes. But after watching it I realize what I was missing. Death Note has an excellent story with some great character.

Its story revolves around a book (Death Note) which has the power to kill anybody by writing his name in it while remembering his face. Light Yagami ( main antagonist) finds the Death Note thrown by a shinigami (Death God) named Ryuk just for having fun. Later on, he uses the Death Note to eliminate criminals in a mass number.

The World’s higher authority hired The Best detective in the world L to solve this mass murder mystery. Now L has to find someone or something that is behind all the murders. L has takedown somebody whose name he doesn’t know, whose face he never saw, whose location he doesn’t know, the only thing he can assume that what it might be something unnatural. To know if L will be able to find Light Yagami I prefer you must watch Death Note, and I assure you it will not disappoint you. 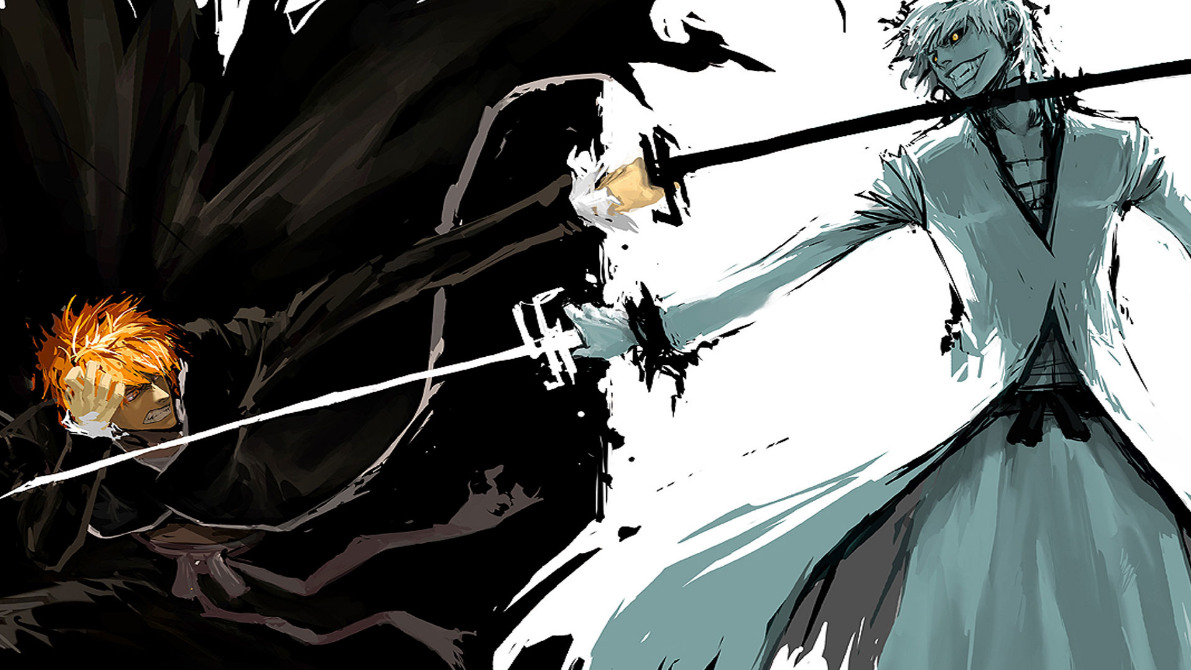 Its story revolves around the adventures of Kurosaki Ichigo after accidentally transfer of Shinigami (Soul Reaper) power from another Shinigami Kuchiki Rukia. With his new power, he takes on the duty of a Shinigami on behalf of Kuchiki Rukia and starts defending humans from evil spirits and departing soul to the afterlife.

It was a great anime I totally love it, in my opinion, Kurosaki Ichigo character in Bleach gains more power as compared to other anime. But unfortunately, most of the time he loses his power and gets back to the starting point which might be a flow of getting quick power. 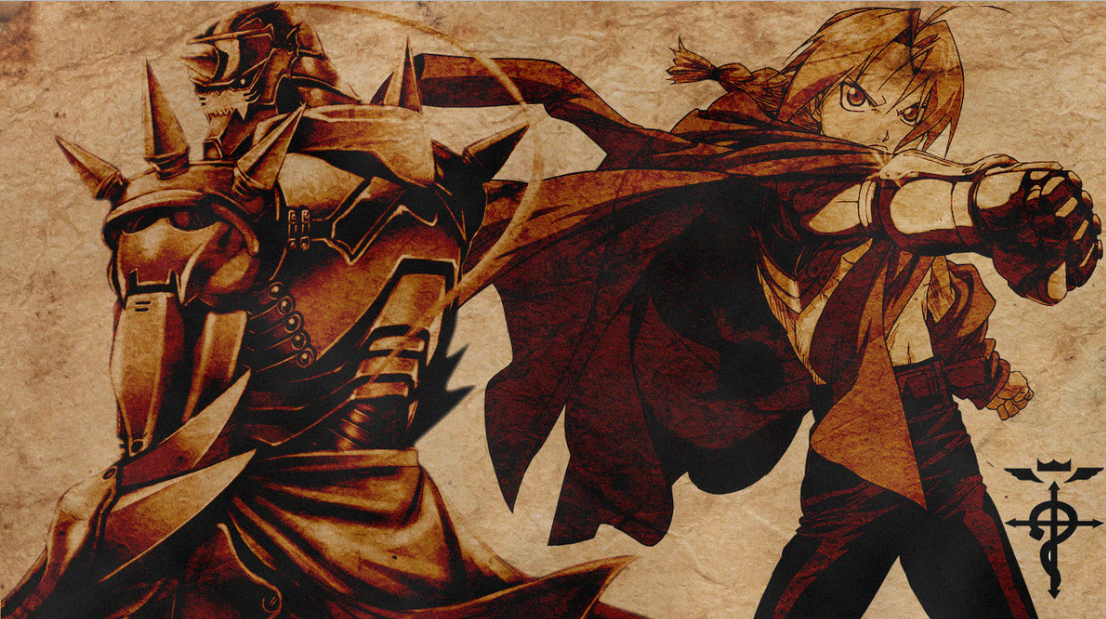 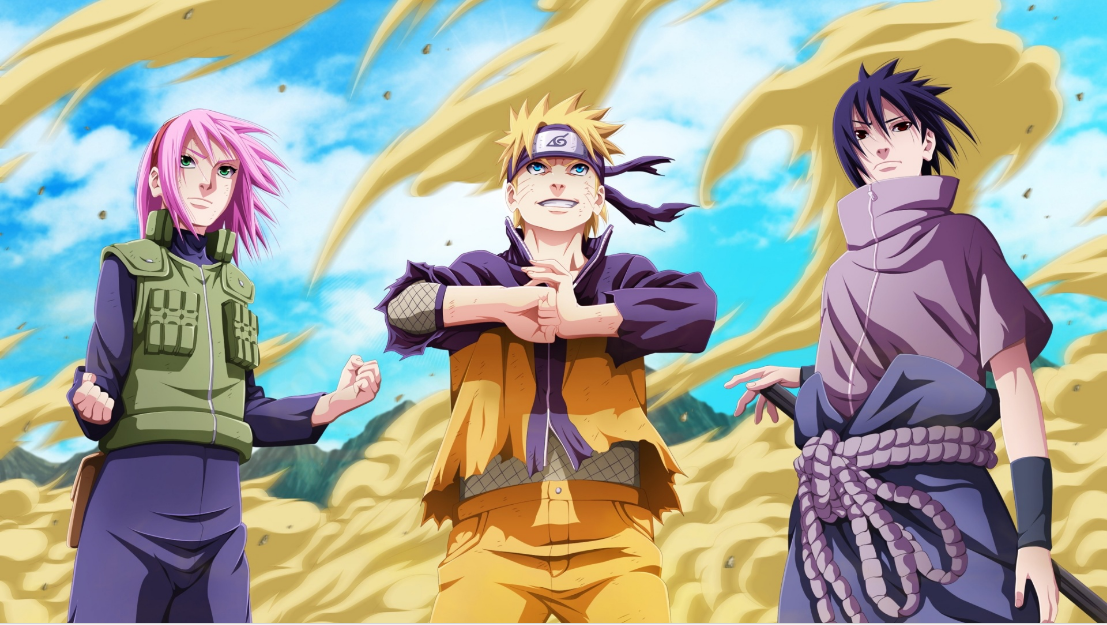 It the fourth selling manga series with over 220 million copies sold worldwide by October 2015. It has a balance between fighting and comedy. This anime provides you with good entertainment.

It follows the adventures of Naruto Uzumaki, who is a hyperactive knucklehead ninja who dreams to become the Hokage one day. 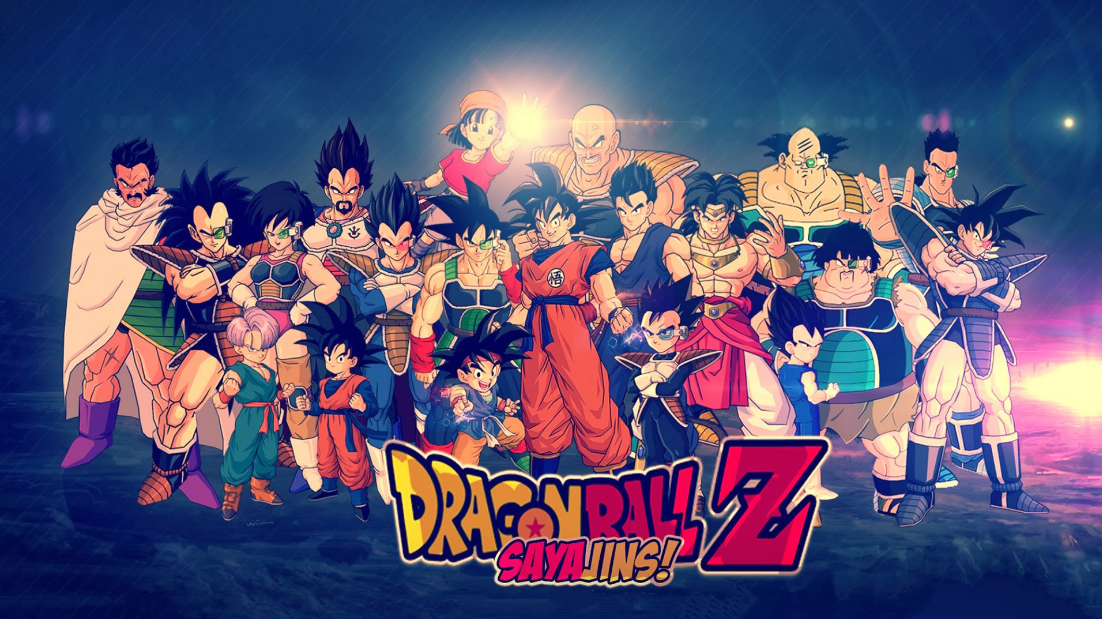 It follows the adventures of Goku along with his friends. Dragon Ball Z continues the adult life of Goku after the Dragon Ball anime which follows Goku from childhood to adulthood. In DBZ Goku & his friend’s main objective is to fight the evil like outer space aliens, undistractable androids, and incredible creatures who want to destroy or conquer Earth. 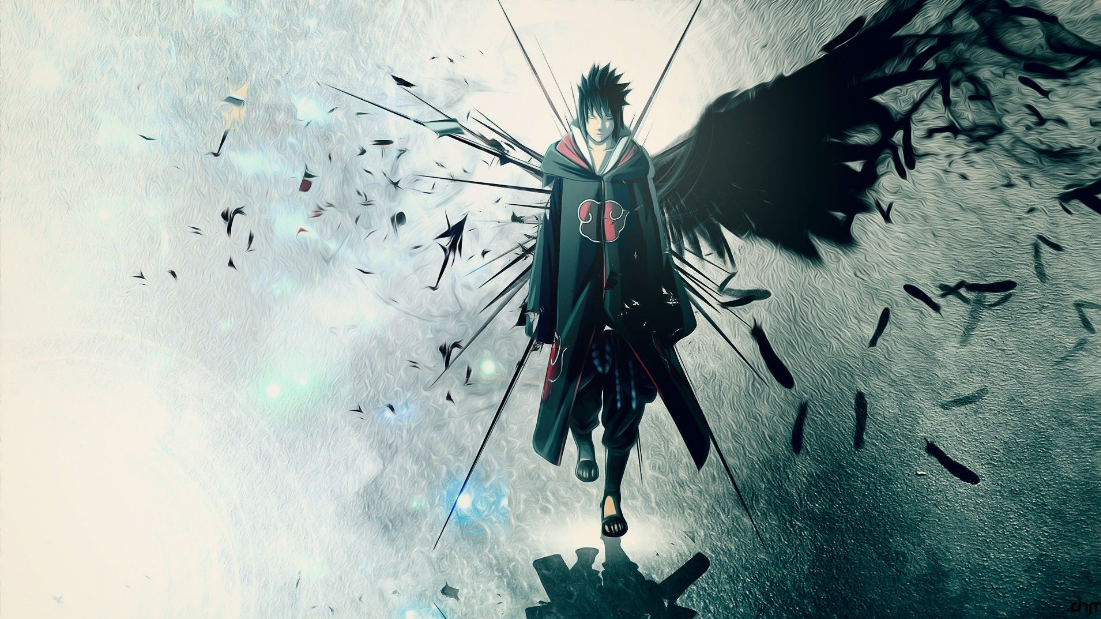 Naruto Shippuden is the second installment of Naruto which was written by Masashi Kishimoto. Naruto: Shippuuden is one of my all-time favorites anime most of the people may disagree with me because the story of Shippuden is a little bit complicated compared to the original series. In my opinion, Naruto: Shippuden is a must-watch for every anime lover.

The attack on Titan was written by Hajime Isayama. Its story is set in a world where humanity lives in cities surrounded by enormous walls to protect themselves from Titans (Gigantic humanoids that eat humans seemingly without reason). The attack on Titan’s story goes a hundred years back where humans were nearly killed by Titans. Titans are typically several stories tall, have no intelligence, eat people mostly for pleasure rather than for hunger. Some people survived in a city protected which is surrounded by extremely high walls which were even taller than the biggest of giants. 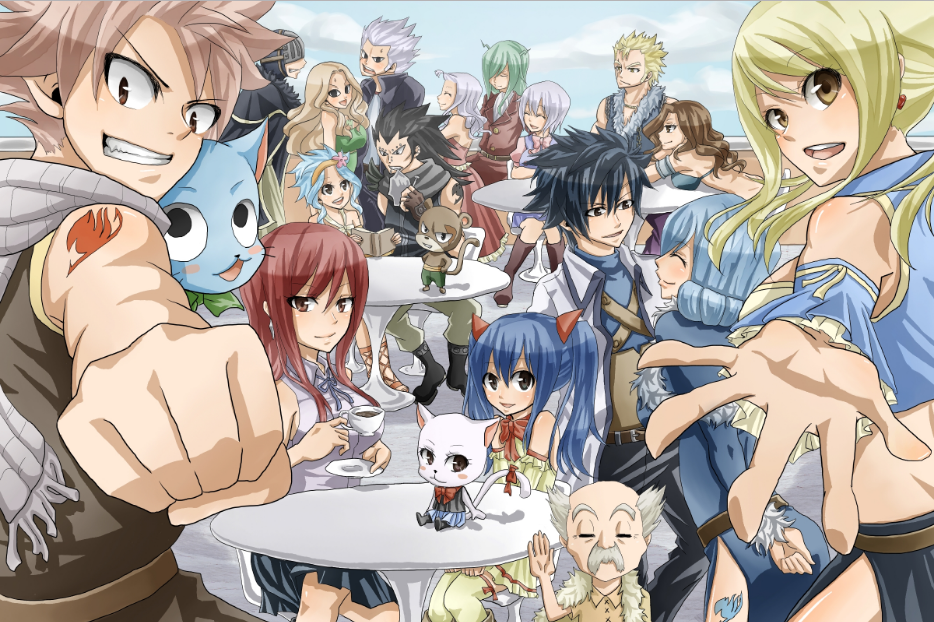 Its story starts when a kind-hearted celestial mage, Lucy Heartfilia, joins a famous wizarding guild called Fairy Tail, where the guild members use magical powers to earn rewards by fulfilling quests. In Fairy Tail, she befriends Natsu Dragneel who is a famous dragon-slayer wizard who is searching Igneel who is a dragon and meant a father to Natsu. The two form a bond with fellow mages Erza Scarlet and Gray Fullbuster, and together they made the team and took on several powerful allies and foes along the way.

It was written by Hiro Mashima. It is an action-packed adventure that follows the adventures of the members of the Fairy Tail guild. 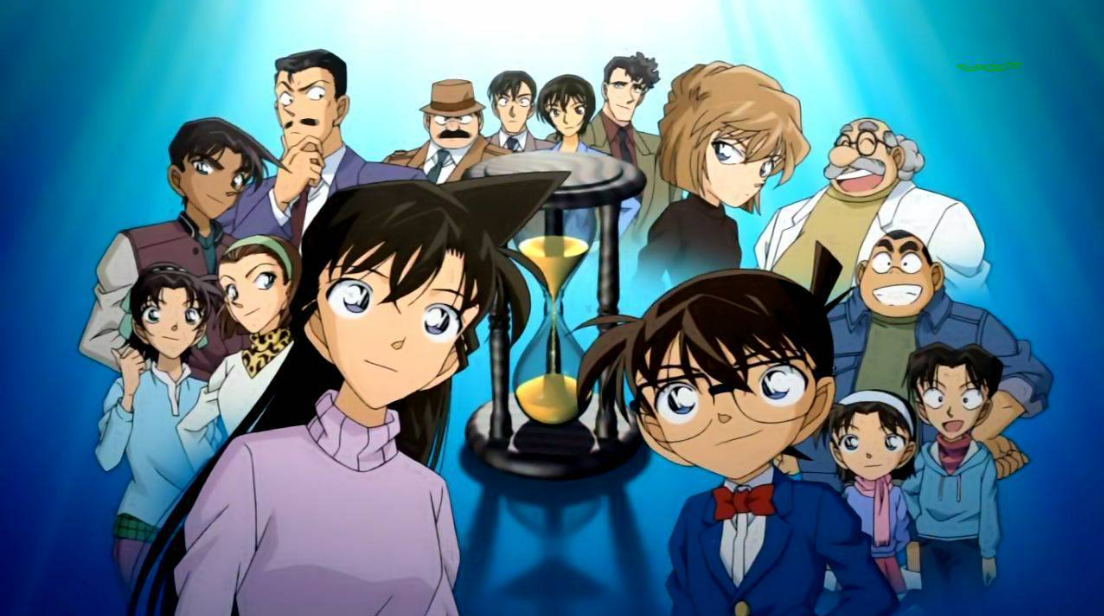 It follows the story of Jimmy Kudo who is a high school student and a brilliant detective. During an investigation, he was attacked by the members of the Black Organization & injected an experimental poison into his body which instead of killing turn him into a child. Kudo then changed his name to Conan Edogawa to keeping his true identity a secret and start living with his childhood friend Rachel Moore and her father Richard, who is a private detective and start solving cases like Richard Moore without his knowledge.

I hope you like the article ‘Best Anime of All Time’ stay tuned for more updates.