AVENGERS: ENDGAME is more than just a Marvel movie. This is the last film in a story that has been preparing for more than a decade, a celebration of all that Marvel Studios has done so far. This is the kind of movie that invites you to look frantically at everything that has happened before – especially since we must have all the facts on our MCU to enter directly into SPIDER-MAN: FAR FROM HOME.

Here’s the big question: how to watch Marvel movies in order? With Avengers: Endgame is finally available on Blu-ray and the next selection of Marvel movies – what we call Phase Four – is imminent, this is the perfect time to watch all MCU movies from start to finish.

That said, there is more than one way to go in the Marvel movie mountain: you can watch the movies in their correct chronological order, starting with Captain America: The First Avenger, which begins with Cape who fights the Nazis in the 1940s, or watch the movies as they were — released in theaters from the original Iron Man movie of 2008. So check out our list below and take a seat and watch all your Marvel movies from start to finish. 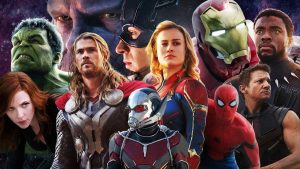 The chances are good that this is the list for which you came. This list contains all Marvel movies listed chronologically from The First Avenger to Endgame. The benefits of watching movies this way are that you will be able to see the events as they unfolded in the universe.