Hotspot Shield Premium is the paid version of the hugely popular ad-sponsored VPN service. Paying for the upgrade to Premium eliminates the ads and gives you unlimited data transfer and full access to all locations and features of Hotspot Shield. That means you can choose from an extensive network of over 80 countries and 122 cities. All servers are P2P friendly, and the built-in blocking of malicious and phishing sites helps you stay safe online. This is our Hotspot Shield VPN review. 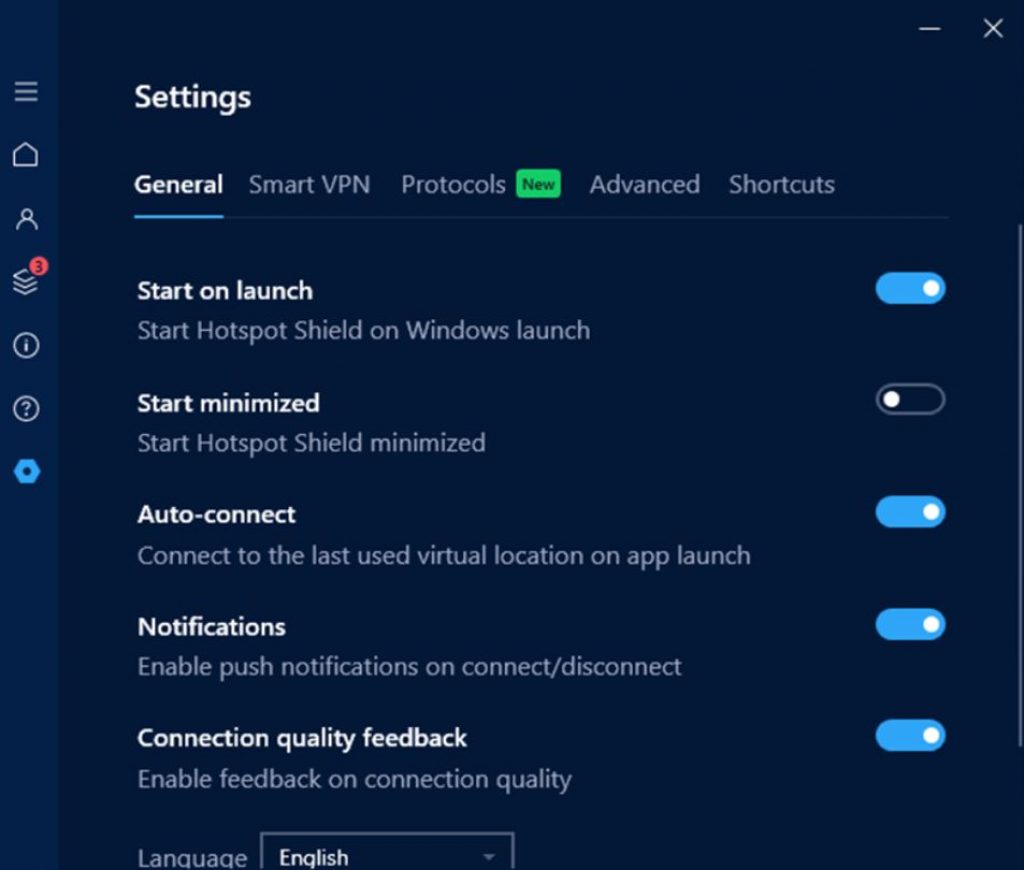 Internet protocols show how data packets are sent over a network. You can think of protocols like the different routes that cars can take to get between their origin and destination. You could take a government highway to get to your safe house in the woods, but then the security cameras might have recorded you. Or you could take the whole way back, but it could take days. This is the kind of trade-off you often have to make between security and performance.

OpenVPN is an open-source VPN protocol used to create secure tunnels for your web traffic. OpenVPN is considered the gold standard among VPN protocols because it provides the right balance between speed and security. It provides up to 256-bit encryption using the Open SSL library and many other security features configured as desired. Other protocols include PPTP, L2TP, IKEv2/IPSec, SSTP, and many more.

In reality, it’s not entirely different from any other VPN protocol out there. Hydra is based on the Open SSL library, similar to OpenVPN. For privacy, I would trust an open-source VPN protocol like OpenVPN more than Catapult Hydra because security professionals have more thoroughly tested it. It’s hard to find loopholes in code when you can’t even see it.

Hotspot Shield makes big claims about its Catapult Hydra protocol’s performance, but does it meet the hype? We checked the service with SpeedTest, TestMy, and other websites to find out. 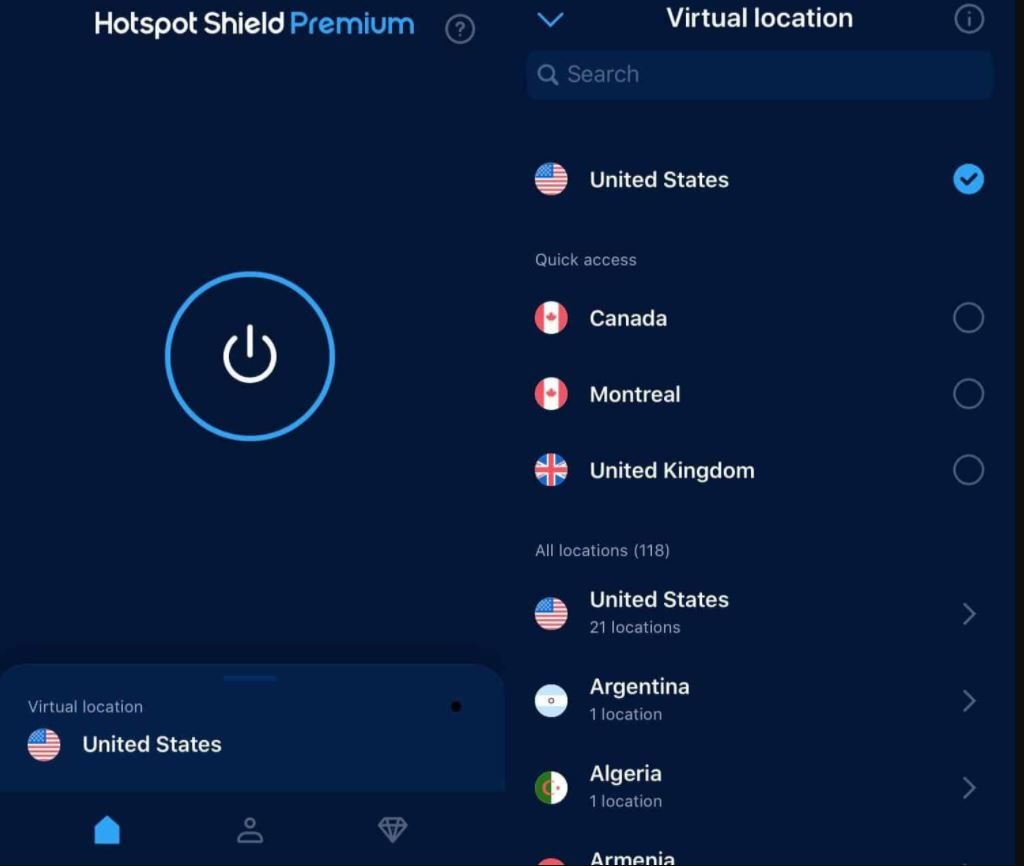 The connection to our nearest UK location from a European data center indicated above-average speeds of 200-210Mbps on a 600Mbps connection. This is slightly slower than we usually see from Hotspot Shield, but it still outperforms most of the competition (ExpressVPN reached 160-170Mbps in the most recent tests).

Next, we used the same benchmarking websites to monitor the American servers from an American location, again with a fast 600Mbps connection. Speeds were significantly higher at 330-410Mbps, and although that’s also lower than the 447-574Mbps we saw last time, it’s 50-100% higher than many competitors.

Long-range checks aren’t as useful if more factors can affect performance, but as we’ve seen in previous reviews, Hotspot Shield also performed very well in this. UK connections to European and US servers delivered very similar results to our local UK servers, and even the furthest connections, such as Vietnam, regularly managed over 60Mbps.

These are stellar results in terms of top speeds and consistency, especially for the most remote locations. Wherever you want to connect, Hotspot Shield is one of the fastest VPNs available.

Hotspot Shield has client software for Windows, macOS, iOS, and Android. You can’t connect without the software, leaving users of Linux and Windows Phone out in the cold.

As mentioned above, you get up to 500MB per registered user per day, which is about 15GB per month – most of the nine free services we looked at. The catch is that once you reach 500MB in a given day, you have to wait until the next day for more. With other free services, you can burn through the allotment at once for an entire month if you want.

The Hotspot Shield paid service costs $12.99 per month ($5.99 per month if you pay for a year at a time) for unlimited VPN protection, no ads, and your choice of 62 countries to connect.

If Hotspot Shield doesn’t work for you, the various apps give you instant access to advice on common issues by embedding documents from the website. As usual, if your problem is more complex, you can go to the support website for more in-depth guidance.

A web-based Support Center organizes its articles by platform and categories such as Payments and Subscriptions, Management Account, and Common Issues. There is some useful information on the website that you won’t always find elsewhere (e.g., release notes), but the organization lacks. The articles can’t be compared to the depth of web-based guidance you get from providers like ExpressVPN.

If you can’t find an answer in the knowledgebase, you can contact the support team via live chat or e-mail. We tried live chat – the chat window appeared quickly, reported that we were first in the queue, and talked to a friendly and knowledgeable agent in less than a minute.

So there is room for improvement on the support site, but many users should quickly find the core data they need, and the quality support team is ready to help you with anything else.

During our Hotspot Shield VPN review, I liked the speed of Hotspot Shield and that they have a free option (which is only supported on Android). It’s fast, works smoothly, and allows me to go on Netflix and torrent movies. I wouldn’t say I liked their privacy policy and the lack of a kill switch on Mac, iOS, and Android. But since everyone has their priorities, I’ll break it down further.

There is a lot to enjoy about Hotspot Shield, especially the ease of use and the raw speed, but the problems with logging, the inability to set up the service manually, and the inconsistencies between the apps on the different platforms can be a problem for some.