Lenovo’s latest device, the Yoga C740 ($769 starting, $899 as reviewed), is a brilliant exercise in compromise. The laptop serves a lightweight, flexible chassis, with mid-level performance and over 10 hours of battery life, all for under $1,000. But a dim touch display and a somewhat heavy frame can give some consumers a break. Either way, the Lenovo Yoga C740 is a solid choice for both students and mobile professionals. This is our Lenovo Yoga C740 Review.

Sleek is the first word that comes up with the C740. Its beautiful sandblasted aluminum finish stands out in a daring businesslike attitude. The Iron Grey lid feels smooth to the touch, and the shiny yoga emblem in the top right corner of the lid adds a measured hint of bling that’s just subtle enough for the boardroom. When you open the lid, you’ll see a sleek, well-lubricated design. You get more of that Iron Gray finish in the palm rest and keyboard deck. 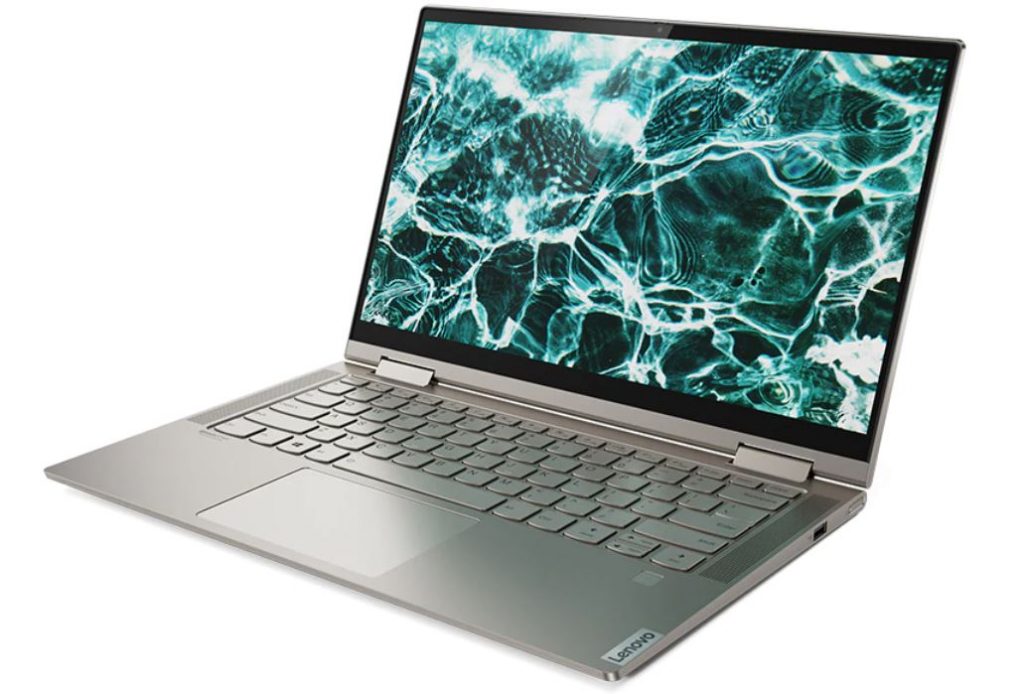 The keyboard sits at the top of the deck between a pair of speakers and above a large touchpad. The fingerprint scanner is situated to the right of the touchpad. The Lenovo Yoga C740’s 360-degree hinge is sturdy and allows the notebook to transition from a clamshell to a tablet seamlessly. You can also use it in stand or tent mode to watch movies, sketch, take notes, or video chat.

To keep your documents, videos, and other important files safe, Lenovo has added several security measures. For example, there’s the fingerprint scanner, compatible with Windows Hello, which lets you lock/unlock your laptop with your fingertip. The company has also added a physical shutter button for the webcam to protect against possible snooping. The C740 is a laptop with few ports. You will get a USB 3.1 Type-A Gen 1 port on the right side next to the power button. You will find two USB 3.1 Type-C Gen 1 ports on the left.

The keys on the island keyboard of the C740 are responsive and clickable with bounce keystrokes. I have big hands, so I thought the keys were a bit small, but I quickly adapted and made minimal mistakes. I did the 10 fast fingers typing test, and although my hands are unpleasantly large for this size keyboard, I scored 60 words per minute with an accuracy of 85%, which was a delightful surprise. 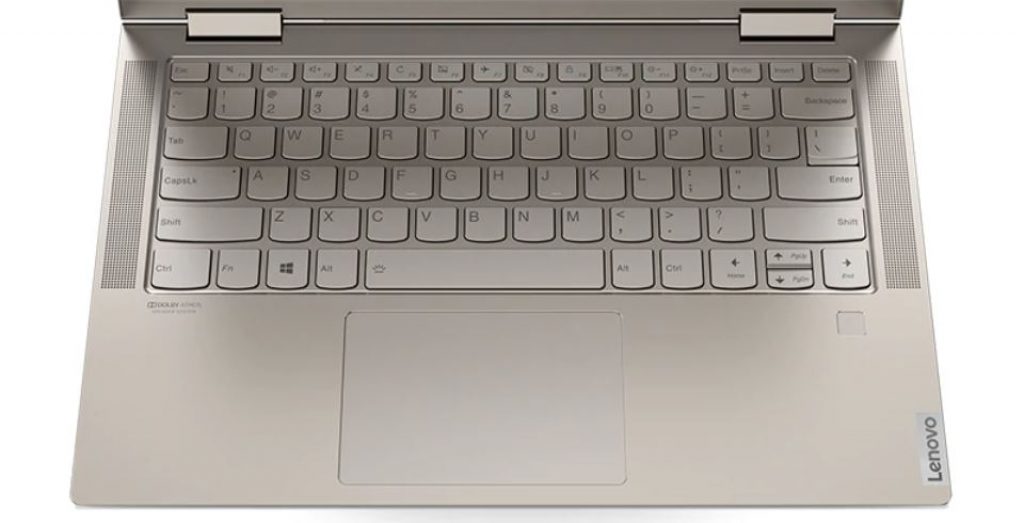 The 4.2 x 2.8-inch touchpad is very responsive when navigating websites or documents. Its smooth surface is agile and performs Windows 10 gestures seamlessly, such as a two-finger swipe and three-finger tap. The lower corners provide excellent feedback when using the right or left clicks.

The 14-inch, 1920 x 1080 touchscreen of the Lenovo Yoga C740 is beautiful because it is very colorful. However, it tends to pick up a lot of stains when used in touchscreen mode. When I looked at the Bloodshot trailer, all the definitions, tones, and shadows in the scene where Vin Diesel’s face is shot in half and reconstructed were a bloody thing of beauty. And yes, his well-chiseled physique also looked great on screen, as evidence of the adorable looks of my better half. Especially the red color stood out and quickly caught my eye. 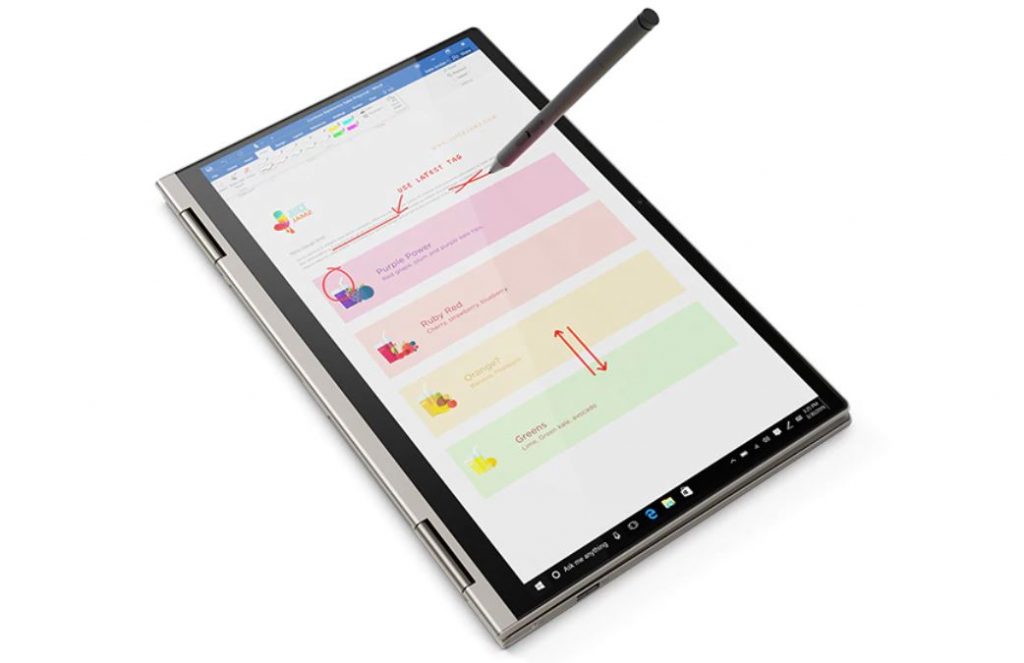 I found the touch display on the Yoga C740 excellent because it was both susceptible and very accurate. It made me long for a stylus so I could let the creative juices flow.

The C740 two top-firing speakers are discreetly housed on both sides of the keyboard. Due to the tight form factor of the C740, I expected the quality to be disappointing, but the Dolby Atmos tuned speakers performed very well. I chose to go back to my wildest days by listening to System of a Down’s “Pyscho.” Every note, every chord, every throat rage poetic lyricism was audible without distortion from the whole room.

When I switched to some old hip-hop, I played Special Ed’s “I Got It Made” and noticed a difference in sound quality. Although the sound was still very clear and had some depth, the speakers lacked the power to deliver the right bass. In the end, you will want to invest in good headphones. However, in a squeeze or a meeting situation, the other people present in the room will hear the sound very clearly. The Yoga C740 is also equipped with two far-field microphones to wake up Cortana and Alexa. The microphones work well and call up both digital assistants without any problems.

With a 1.6 GHz Intel’s Core i5-10210U processor, 8GB of RAM, a 512GB of PCIe SSD, and an Intel’s UHD Graphics GPU, the C740 is a workhorse. The C740 is a workhorse that performs all your daily tasks, including emails, YouTube breaks, document creation, and editing, and creative needs with aplomb. I attached photos to it, it used Capture One smoothly, and I edited short videos and made them seamlessly within an acceptable timeframe. 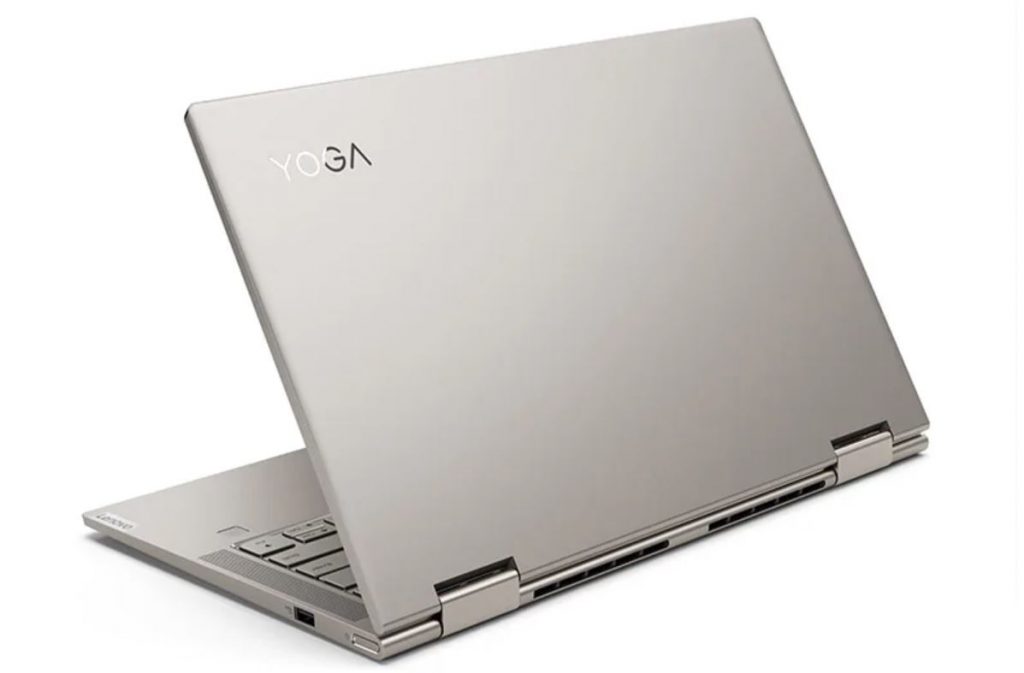 Thanks to the integrated GPU, the C740 will soon run out of AAA titles. When we ran the Dirt 3 benchmark, the laptop reached 31-fps, which is just above our 30-fps playability average, but well below the 63-fps category average. With their Intel’s Iris Plus GPUs, the Spectre and Surface Pro reached 47 and 36 fps, respectively.

The Lenovo Yoga C740 has enough juice to last a full working day and then some. The laptop took an excellent 10 hours and 18 minutes on our Battery Test (continuous web surfing over Wi-Fi at 150 nits of brightness). It’s longer than the average of the 9:08 premium laptop, the Surface Pro 7’s 7:30, and the Spectre’s 13:20.

The C740 uses Lenovo‘s intelligent cooling system, which dynamically adjusts thermal settings to your needs as you use it. It works, and it works very well. When it’s on, I’ve only heard the fans a few times, which is great fun. We shot a full-screen HD video for 15 minutes and measured specific spots on the laptop over time. The touchpad measured 82 degrees Fahrenheit, which is well below our comfort threshold of 95 degrees. The center and bottom were also under the range of 86 and 88 degrees, respectively. 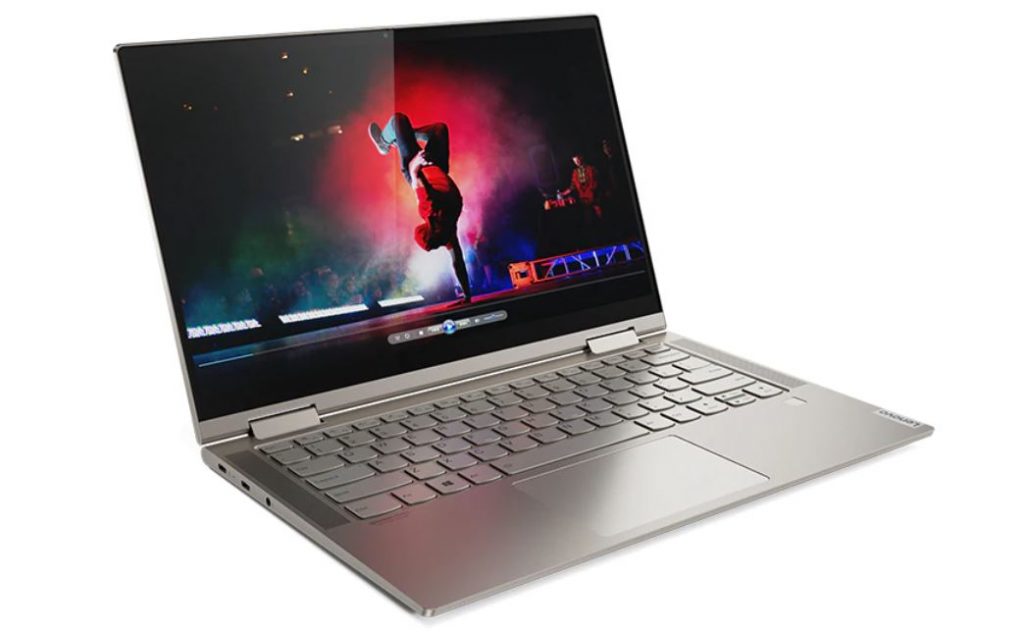 For a mid-tier system, the Lenovo Yoga C740 has a host of premium features. For $899, you get a highly versatile laptop, with solid graphics and overall performance, and over 10 hours of battery life. Although it’s a bit heavier than the competition and the screen isn’t very bright, it’s still an excellent notebook for the price. If you’re looking for a better display, better battery life, and better performance, you’ll want to check out the $1,299 HP Spectre x360. But for that, you’ll pay $300 more.

Overall, the Lenovo Yoga C740 is an excellent choice for consumers who don’t want to sacrifice power and endurance by spending less.

The Lenovo Yoga C740 offers solid performance with good battery life in a versatile frame for less than $1,000.