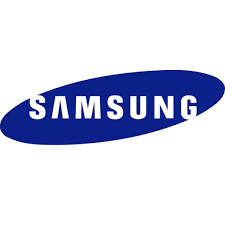 Samsung was established in 1938 by Lee Byung-Chul. It is a South Korean multinational company, and it is headquartered is located in Samsung Town, Seoul. Samsung entered the electronics industry in about end of the 1960s.
Samsung is separated into four business group which are Samsung Group, Shinsegae, CJ Group, and, Hansol Group. By 1990s mobile phones and semiconductors become the most important source of income for Samsung. It also influences the economic development of South Korea.

Lee Byung-Chul founded Samsung in 1938 when Samsung has established, it was a small trading company located in su-dong now known as Ingyo-dong.
The company moved its head office in 1947 to Seoul. During the Korean War, he was forced to leave Seoul. In 1952, Lee built the largest woolen mill ever in the country Cheil Mojik and built the plant in Chimsan-dong, Daegu.
In the late 1960s, they Group joined the electronics industry. It formed many divisions related to electronics, such as Samsung Electronics Devices, Samsung Corning, Samsung Electro-Mechanics and, telecommunications.
Samsung’s first product was a black-and-white television set.

Samsung acquired the Gumi-based Hanguk Jeonja Tongsin and entered in the department of telecommunications hardware. The organization grouped them mutually under Samsung Electronics during the 1980s which were producing products like switchboards.
Samsung Group was separated into four business groups after the decrease of Lee Byung-Chul, the founder of the Samsung Group.
Shinsegae Group, Samsung Group, CJ Group, and Hansol Group are the four business groups in which Samsung was divided. Shinsegae was part of Samsung Group, which was separated in the 1990s along with CJ Group.
Samsung Electronics began to invest in research and development heavily in the 1980s. They build a television assembly plant in Portugal in 1982, in New York in 1985 and, in Tokyo in 1987. In 1996 they built a facility in England, Austin and, Texas.

In 1990 Samsung starts to establish it as an international corporation.
In 1992 Samsung become the largest producer of memory chips in the world and second-largest chipmaker after Intel.
Lee Kun-hee sold off ten subsidiaries of Samsung Group in 1993.
They created the first LCD (liquid-crystal display) screen in 1995.
Sungkyunkwan University Foundation was reacquired by the Samsung Group in 1996.
They survive the Asian financial crisis in 1997 unharmed as compared to other major Korean companies.
They opened a computer programming laboratory in Warsaw in 2000.

Samsung announced a ten-year growth strategy for five businesses in 2010.
In 2011 Seagate bought Samsung’s hard disk drive business.
They become the world’s largest mobile phone maker by unit sales by overtaking Nokia in the mobile phone making in 2012, which was the leader since 1998.
In 2013, Samsung launched the Galaxy S4.
In 2014 Samsung Electronics announced the commercial launch concerning the Galaxy S5 plus the Samsung Gear devices within nearly 125 countries.
In 2015 Samsung happened to granted more U.S. patents than another company – including IBM, Google, Sony, Microsoft and Apple.

Samsung announced it would be working with Microsoft to develop devices based on Window 10.
Samsung releases the Gear Fit 2 (fitness smartwatch) and a brand of wireless earbuds called Gear Icon X.