The Sony WH-1000XM2 conquered the world of gadgets, captured the top position of headphones with active noise cancellation, and beat Bose in the process. Although the newer WH-1000XM3 is more a subtle upgrade than a complete redesign, it makes these headphones a much better buy for anyone interested in shutting down the world when listening to music. This is our Sony WH-1000XM3 Review.

The Sony WH-1000XM3 is not much different at first glance than the previous version, but if you look a little deeper, some crucial improvements become clear. First, the ear cushions on the WH-1000XM3 have more depth, which makes for a slightly more comfortable fit. If the latter model fits a bit too snug for comfort, then the newer model should suit you. Another important update is the addition of a USB-C charging port, making these headphones protected for much longer than the previous micro-USB model. 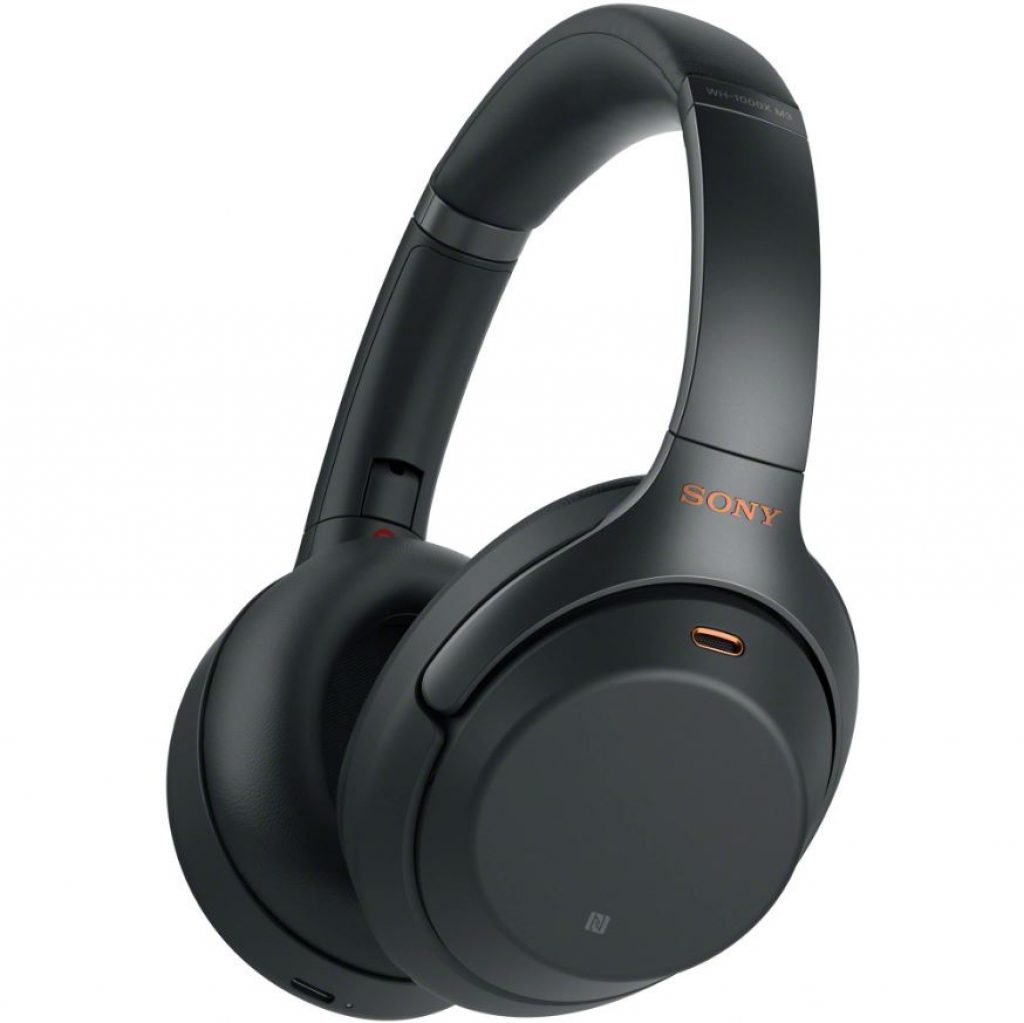 Although it is difficult to justify an upgrade to this if you already have a pair of WH-1000XM2s, basically everyone on the market for headphones should “have to try” it on their list. Although the new Bose Noise Canceling Headphones 700 may have a slimmer design, the Sony WH-1000XM3 is still not an old headset. They have a reasonably classic headphone design that doesn’t seem outdated easily, and even then, what difference does it make?

The Sony MDR-7506 headphones are one of my personal favorite over-the-ear so far and were released decades ago. One thing that was nice about using the Sony WH-1000XM3 is that you rarely have to take your phone to control music playback. With the touch-sensitive ear pads, you can swipe left or right to skip between songs, or up and down to adjust the volume. When you tap, your music is paused or played, and when you download the Sony Headphones app, your phone’s assistant is activated by long-pressing on the side button. 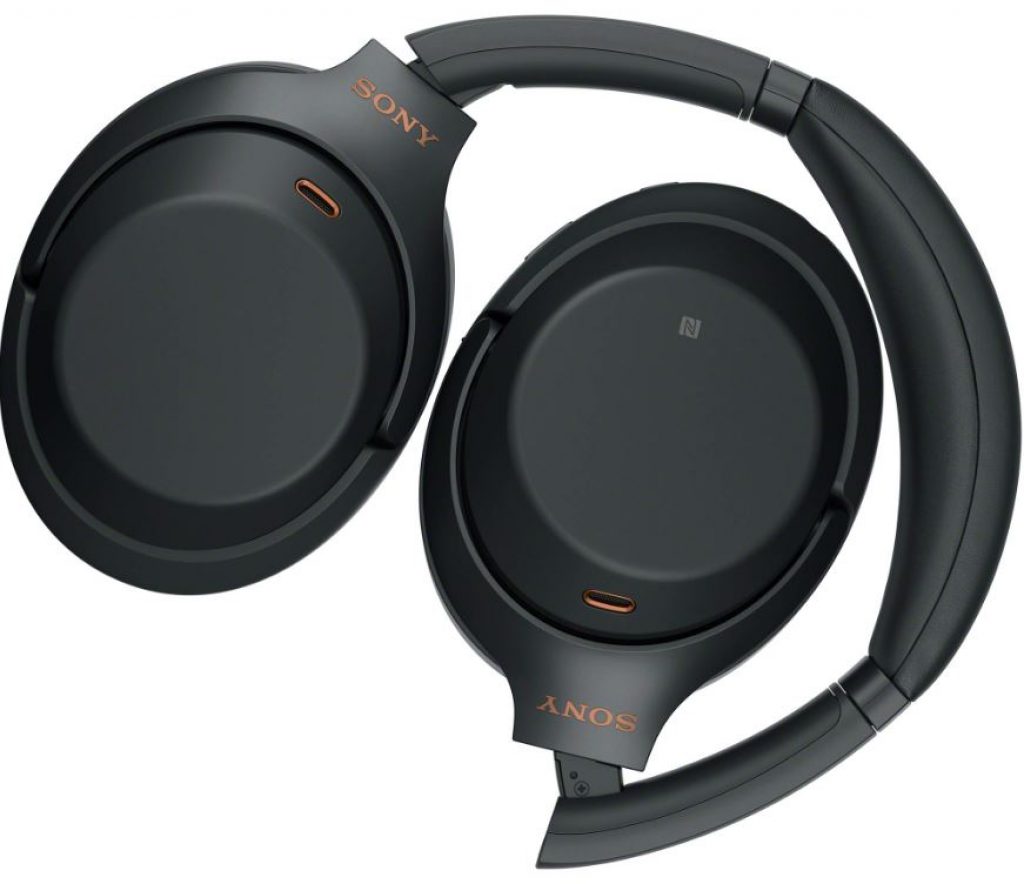 You can now also use the app to set it up on Amazon Alexa if that is your favorite assistant. Another useful feature is the ability to hear the world around you by holding your hand over the right ear cup. This uses active noise-canceling microphones to allow external sounds to pass through the headphones instead of actively being canceled. I found this super useful while listening to announcements in the metro without completely turning off my headphones or pausing the music.

Let’s continue right away. As you read this, you should know that there are a few more dominant ANC headphones: the Bose Noise Canceling Headphones 700. Which is better? The answer is that the Sony WH-1000XM3 is still the better choice, but this is the part where we show our work.

Sony claims that the noise cancellation on the 1000MX3 is four times more effective than the 1000XM2. When tested, the claim indeed remained true when tested in both low frequencies such as in an airplane or a subway and in high-frequency environments such as a workplace where people chat. In almost every scenario, the WH-1000XM3 performed admirably, often canceling the sound of a disturbingly loud hum to a more manageable buzz – and sometimes eliminating the outside noise. 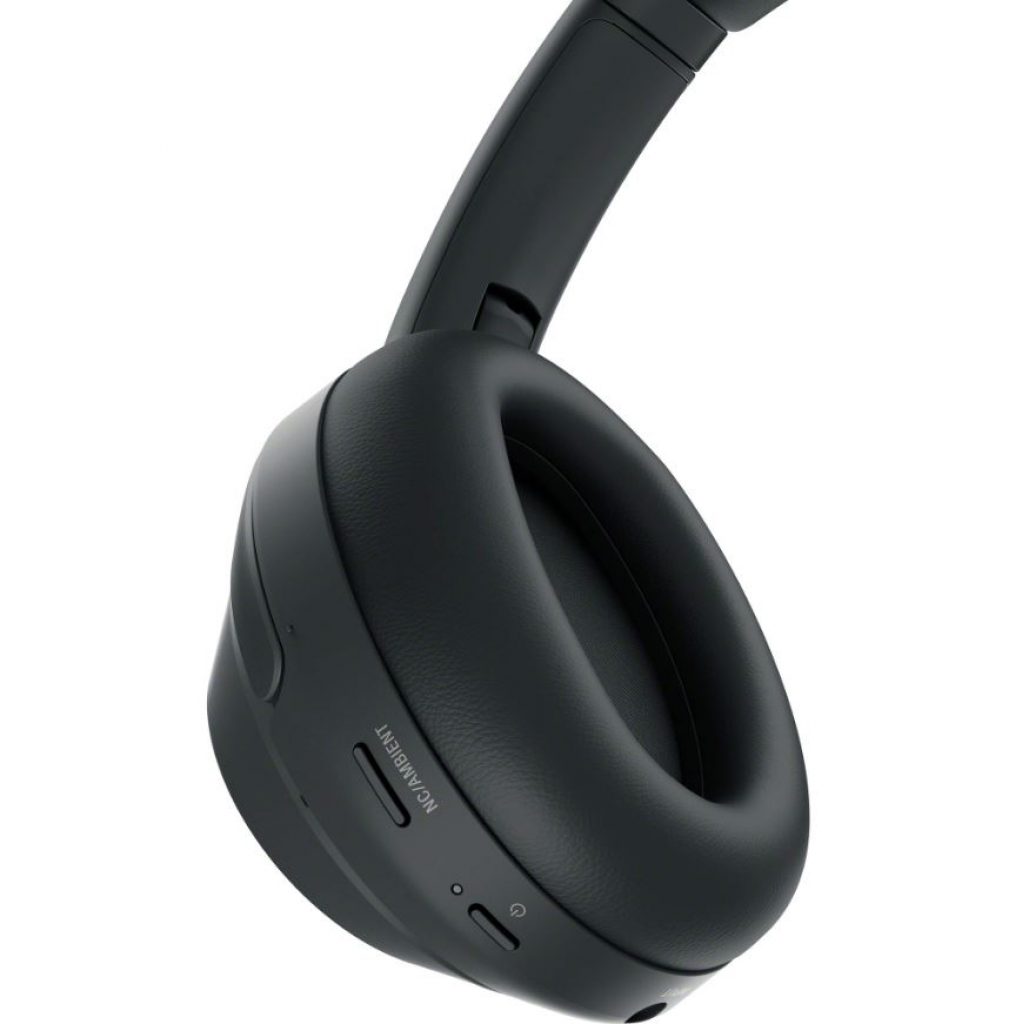 You also get an option to allow some sounds into the headphones selectively. There is an Ambient Noise mode, with which voices such as announcements at an airport or train stations can be used, and the Quick Attention mode allows you to listen to outside noise by simply placing your palm on the right earcup. This eliminates the hassle of turning off your headphones or lowering the volume; it immediately reduces music volume and uses microphones on the earcup to let the voice in. It is a feature that you will not find on Bose headphones and one that sets Sony apart from the crowd.

It is said that if you buy a pair of premium noise-canceling headphones, you expect them to block the sound effectively. In that arena, it is easy to say that there is currently nothing better to get for this price in the market. If your primary concern is the audio quality, the Sony WH-1000XM3 will not disappoint. Just like the older model, these sound great. Not only do they have a subtle emphasis on the low end that will make most consumers happy, but they also use Sony’s own LDAC Bluetooth codec that has some of the highest data stream speeds in the game.

Although there are substantial improvements in noise cancellation, the audio quality remains somewhat similar to its older sibling. It would have been a disappointment if the 1000XM2 were not impressive headphones in themselves. To give you an idea, the mid-tones are simple on the M3. The bass is now tighter and heavier, and the treble sounds crystal clear. You can read more about audio quality in our WH-1000XM2 review. 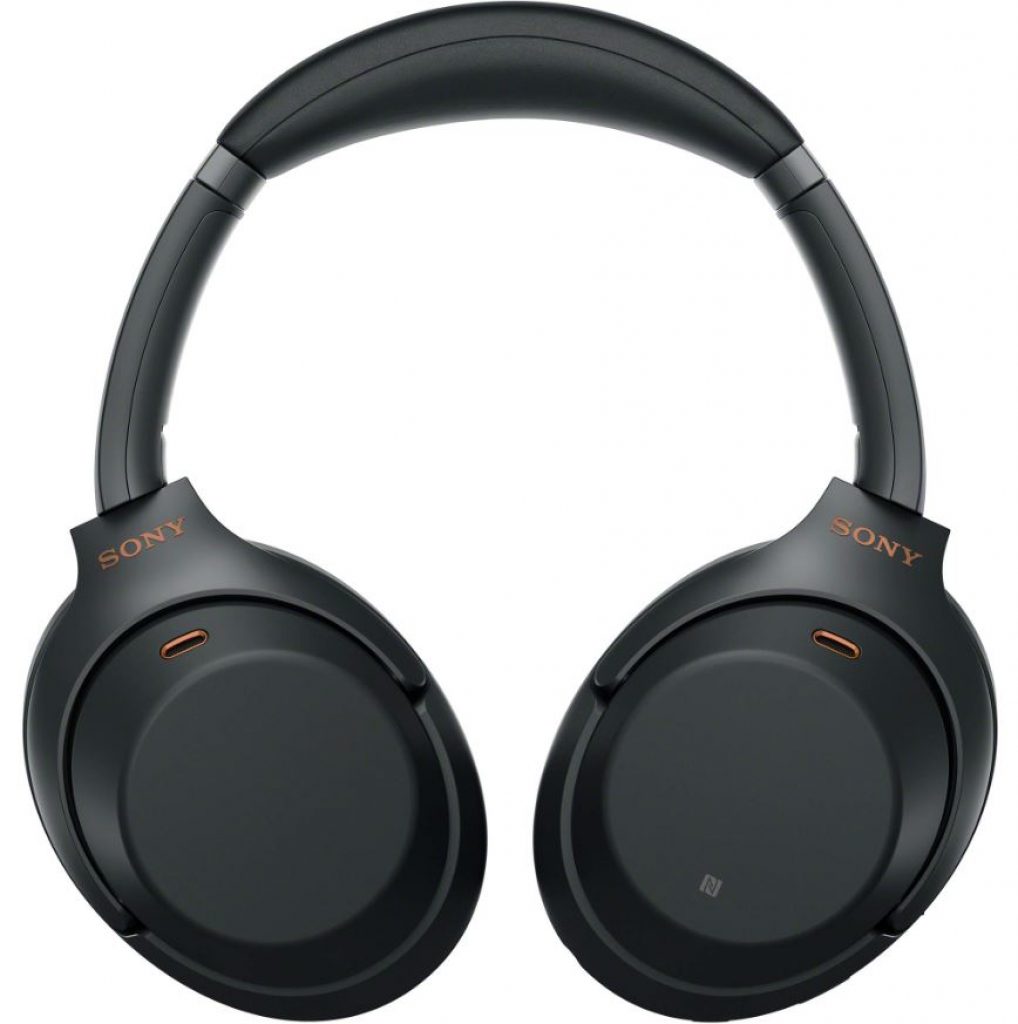 The headphones support the aptX HD standard, which means that it sounds a little better when used with an aptX HD-supported device. Moreover, they shine even more in combination with devices that support LDAC codec.

A welcome addition this time is Google Assistant integration. The feature was initially unavailable on the WH-1000XM3, giving the Bose QuietComfort 35 II a head start on the M2. But the 1000XM3 is doing well and gets the function of the series. Now you ask the Google Assistant everything with a single tap on a button on the left earcup.

The last but essential aspect of performance is the call quality. We tried several phone calls in an isolated and busy environment, and the people we spoke to reported that we sounded a little quieter but clear. In a busy environment, you need to keep your palm to cover your mouth to sound louder for a smooth conversation.

But honestly, the headset is excellent if you need to call occasionally, but they are not for frequent phone calls in an office environment or outdoors. This is an area where Sony can improve a bit and make the call quality impeccable.

The battery life and charging time is my favorite feature of the Sony WH-1000XM3 (of course, after noise cancellation). Sony claims 30 hours of battery backup, which proved to be correct in our tests. I have now used the headset for more than 20 days, and I have only charged it three times over time. To verify the claims, I started on Monday with a full battery that I used on average every day for about 3 hours. The headphones did not need to be charged all week. 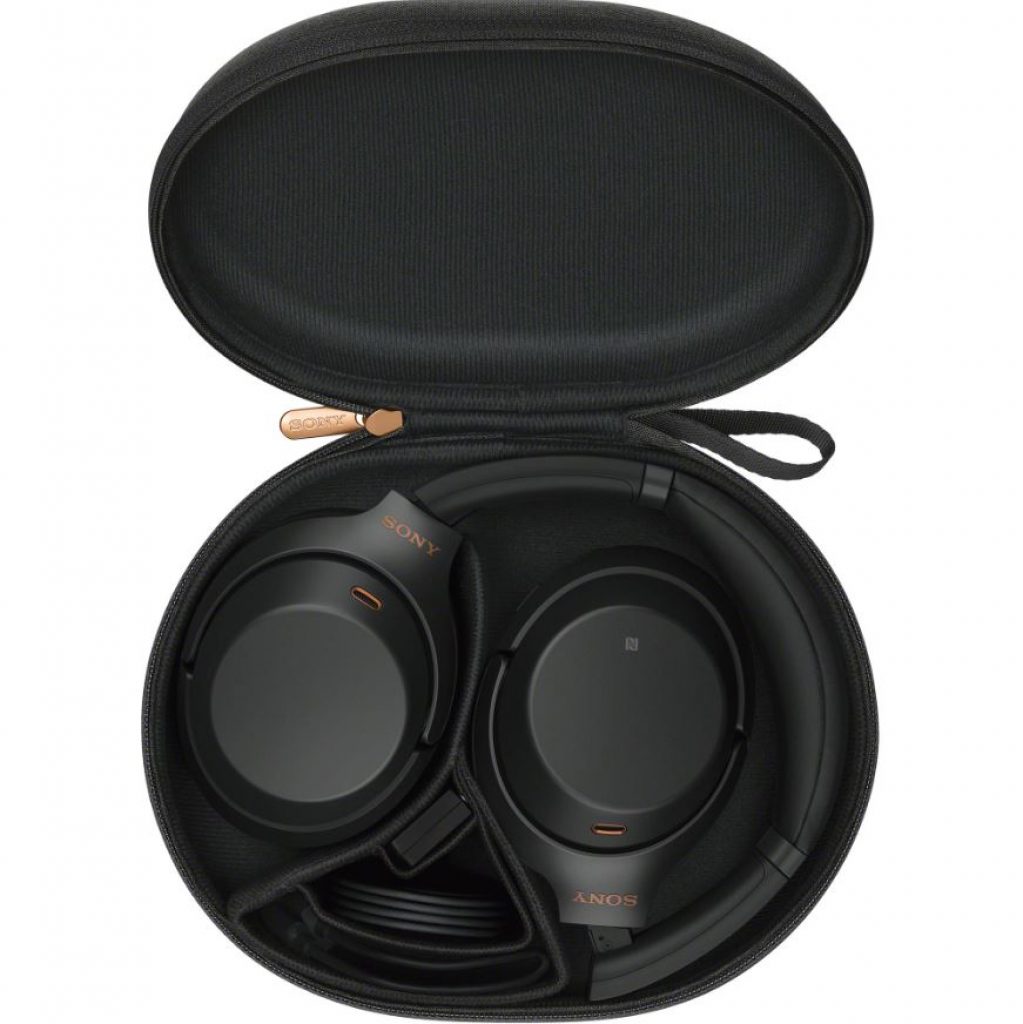 The headphones still had 35% of the battery left on Saturday. For comparison: that is about 10 hours more than the Bose QuietComfort 35 with wireless use. The Quick Charge function makes the 1000XM3 even more attractive as a travel companion. This allows you to play approximately 5 hours with just 10 minutes of charging. During the test, we went from 20% to 40% after precisely 10 minutes of charging.

This time with Sony, you can also shorten the time that M3 needs to go to sleep. The standard time is 15 minutes, which can be reduced with the Sony Headphone Connect app to five minutes if you want to get the most out of the battery.

The Sony WH-1000XM3 over-ear headphones are for sale for just $278 at Amazon, Walmart, and Best Buy. They originally cost $349 and are usually on sale for $299, so this marks a new low price that will most likely be the same through Black Friday and Cyber Monday. And even if the price drops lower for the sales weekend, we are willing to bet that the difference will be negligible. And buying now ensures that the headphones don’t sell out before you can check out, which is always a risk with coveted products around Black Friday.

This may sound a bit weird, but the truth is that whether you should buy them or not depends on your needs. Although the WH-1000XM3s are just as good when it comes to ANC headphones that are available now, they are also super expensive. If you have a limited budget, you can achieve 70% of it by saving $100 and buying the Sony WH-XB900N instead. The Best is not cheap, and if you have the budget for the WH-1000XM3, you will not be disappointed. The upgrade to USB-C and the deeper earcups make them indispensable.

Although they are not a complete upgrade of last year's WH-1000XM2, the Sony WH-1000XM3 makes many subtle adjustments to an already astonishing noise-canceling headset.

See What Twitter is Saying About Any Topic with Siri