Are you looking for an established, reliable VPN? Today I’m here with my IVPN review, a company founded in 2009 by security professionals at the University of London. Of course, I look at the background of the company IVPN; then I look at the possibilities of the VPN itself. I will go through several speed and security tests, and then I will look into IVPN’s customer support, app, and subscription options. Let’s get to work.

IVPN’s privacy policy is a clear and simple document of just the right length – enough words to include the details you need, but not worded in such a way that the most critical points are lost. The document gives you much information about the items it does not record, for instance: traffic, DNS requests, connection timestamps, session lengths, IP addresses, and much more. 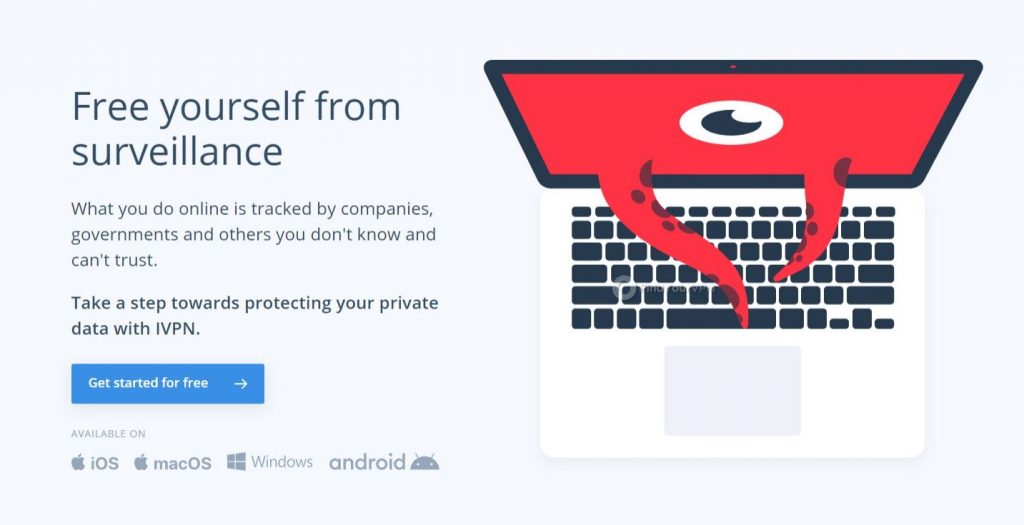 The company is particular about the information it does collect. For example, forget the usual vague statements about recording ‘payment data’; IVPN will show you the exact fields of its stores, with examples to make it clear. These are also not reassuring words on a website; IVPN has had its no-logging claims verified by an independent audit.

This is very unusual for a smaller VPN, but IVPN has not stopped doing so. The company commissioned an independent security audit of its ‘public VPN service infrastructure… internal back-end servers… …and its public web servers.

However, the most important message we derive from this is that IVPN dares to go through this level of control in the first place and to promise to repeat the process every year. Check out the blog post for more details and, if you are interested in the technical details, a link to the final report.

IVPN sells itself very much in privacy and security, and the website hardly mentions the possibility to access blocked websites. We logged into the UK server and tried to access BBC iPlayer, but got the default ‘this content is not available at your location’ error. The failures continued when US Netflix and Disney+ also blocked us, but IVPN scored one victory when it brought us into Amazon Prime Video.

A support document explained that although some users might have unblocking success, IVPN ‘does not guarantee these services’ availability when connected to our network.’ The company’s focus is on privacy and security, and there is no obligation here to unblock Netflix or anything else.

Our IVPN performance testing has got off to a good start, with our nearest UK servers averaging 65Mbps on a 75Mbps line. The European servers were almost as impressive, with UK-Italian connections averaging 55Mpps while UK-US connections peaked at 45Mbps.

To get a better idea of IVPN’s capabilities, we switched to a central European data center. With the VPN switched off, we were able to realize downloads of 350Mbps. IVPN reached 75-90Mbps when connected via OpenVPN, but after switching to WireGuard, it went to 190-230Mbps, a great result. Our privacy testing kept the good news going until the end of the review, as IVPN passed with ease: all of our new IPs were in the advertised locations, and there were no WebRTC or DNS leaks to give away our real identity.

The full IVPN Pro plan, with all the features described here, is billed monthly for $10 and discounted to a minimum of $8.33 on the annual plan. A limited IVPN Base Plan is cheaper at $6 billed monthly, falling to $5 on the yearly plan, supporting only two simultaneous connections and port forwarding and multi-hop dropping. While these aren’t bad prices for what you get, there are many cheaper offers. IVPN charges $100 for a one-year Pro plan; give NordVPN $125.64, and it will cover you for three.

IVPN tries to be the thinker’s VPN: the go-to choice for people who know their Five Eyes from their Nine Eyes and have a strong opinion on whether WireGuard will ever supplant OpenVPN. The two most important metrics – security and privacy – pass with flying colors by protecting IP addresses and other sensitive information. The problem lies in other areas. While a VPN need only be secure and reliable, it has to be attractive in a busy marketplace. IVPN’s gambit to become the premium option does not entirely pay off.

If you are a privacy-wonk and you want a service with a team that thinks as you do, then IVPN is the service for you. Otherwise, we advise you to keep searching. Let us know what you think in the comments, and as always, thank you for reading.

IVPN tries to do things differently from other providers and succeeds admirably. There's a lot to love, from the speeds to the transparency of the privacy policy, but the interface is a bit rough, and it's not great for streaming.

Check if iPhone is New, Refurbished, or Replacement