ZenMate VPN review: ZenMate is a simple VPN aimed at non-technical users who want to protect their online privacy more easily. This more newbie-focused approach starts with the website. There is no jargon, no complicated feature lists, just a quick explanation of VPN technology and some examples of benefits. The service goes to the heart of the matter. With 3,800 mainly torrent-friendly servers in 74 countries, there are numerous locations, increasing only 30 not so long ago.

These are now more countries than NordVPN (59), Windscribe (63), and Private Internet Access (75), although it still lags behind ExpressVPN‘s 94.

ZenMate’s main website is simple, but it’s a little odd – especially the privacy policy and service pages – that some of the most brain paralyzing, over-complicated legal procedures we’ve ever seen have been revealed.

Every element takes longer to describe than it should, and it seems written for lawyers rather than ordinary users. For example, we are told that “by registering for a non-free ZenMate Service and having the payment information wholly entered into the system, you are making a binding offer to enter into a contract regarding the use of the ZenMate Service in question.

The documents also pay little attention to details that might be of interest to VPN users, such as clarifying what kind of logging takes place or ZenMate’s response to legal actions. The privacy policy is more than 4,000 words long. Still, the closest to anything useful is a disposable comment: ‘…activity performed by the user in the ZenMate VPN tunnel, which is NOT registered, logged or stored’.

Instead, the document spends most of its time on examples and situations that are not the least bit relevant to the average user. For example, do you want to know when the company could process your data? Here it is explained:

In rare cases, personal data processing may be necessary to protect the data subject’s vital interests of another natural person. For example, this would be the case if a visitor to our company is injured and his name, age, health insurance details, or other vital information needs to be passed on to a doctor, hospital, or other third parties. Then the processing would be based on Art. 6(1) lit. d GDPR.”.

On the support pages, you will find some very general descriptions of ZenMate’s no-logging promises. Here is an example:

“We do not store or register your data to identify you or what you do online. We do not monitor your online sessions. We can’t! The strict German privacy legislation regulates the use of your data by our company. Since we do not store the data in the first place, this also means that we cannot be forced to give personal data away to a government or sell it to third parties”.

Well, that’s good to hear, but we would much rather see ZenMate formally spell this out in a privacy policy that the average customer might read. Or better yet, follow providers such as TunnelBear and have its systems publicly audited to confirm that the company is doing what it promises.

We monitored ZenMate’s performance by using the SpeedTest and TestMy.net benchmarking sites from two locations. Performance in the UK was mixed, with speeds in one session limited to 50-75Mbps, then reaching an acceptable 115-120Mbps in the second session. (Many providers average between 100-200Mbps, but others go much further, and NordVPN consistently passed 300Mbps with the new NordLynx protocol). 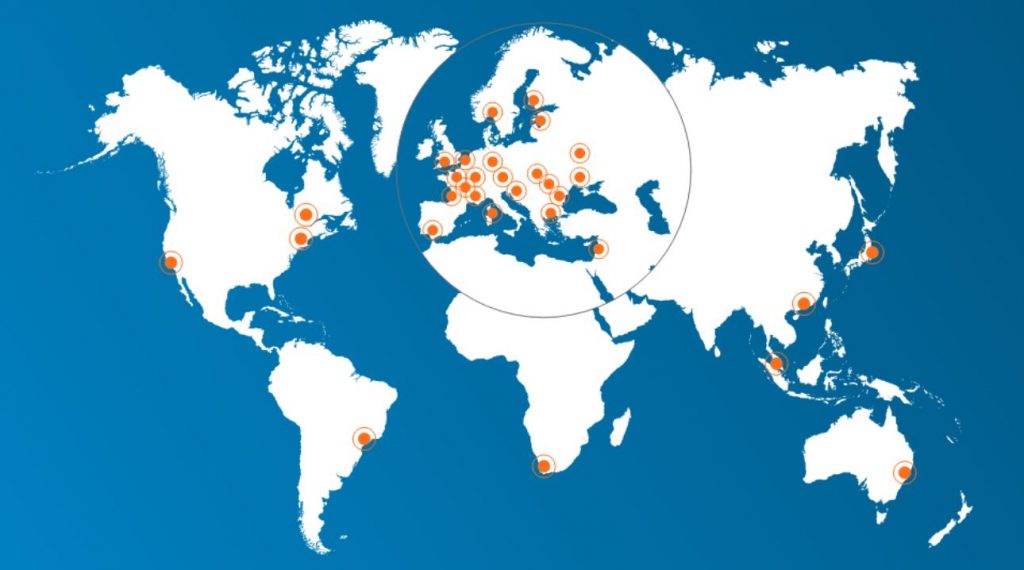 We then measured download speeds from a U.S. location with a fast 600Mbps connection. The performance was significantly higher at 200-210Mbps, better than most of the competition, and a big jump on the 80-120Mbps we saw last time. This leaves us with a small question about UK speeds but also confirms that ZenMate can deliver above-average performance in at least a few locations.

By connecting to a VPN, you can not only get a virtual identity in another country, but you can also access content that you otherwise would not be able to access, such as YouTube clips that are only available in specific locations. Some sites try to detect and block access via VPNs, so to check this, we test if a service gives access to BBC iPlayer, US YouTube, US Netflix, Amazon Prime Video, and Disney+.

YouTube blocks little or no, and we expected a quick success. Certainly, ZenMate allowed us to stream content without any problems. ZenMate’s Windows client includes a streaming section with locations optimized for specific services. That’s better than you’ll see with many VPNs, which may offer multiple cities in a country, but you can try them one by one until you find something that works.

The system started badly with BBC iPlayer, which saw the VPN and warned, ‘this content is not available at your location.’ That isn’t very pleasant, because it worked during our last review.

ZenMate successfully unblocked US Netflix for us. Netflix is working hard to block VPNs, and there is no guarantee that this will continue, but ZenMate also got us into US Netflix last time, which suggests that the VPN is making real efforts to support the service.

Problems came back when ZenMate’s Amazon Prime Video location was blocked by the platform, although it did allow us to stream content from Disney+. This can best be described as a ‘mixed’ performance, but if you’re only really interested in Netflix and its less secure platforms (YouTube and so on), then ZenMate might be good enough.

ZenMate pricing starts at $10.99 billed per month, within the typical $10-$13 range we see at most providers.

There is no longer a six-month ZenMate VPN Ultimate plan, and annual pricing is now a significant $4.49 per month, an increase of $3.33 during our last review. If you think that’s a little more than you would be willing to pay, no problem: ZenMate’s three-year plan is significantly cheaper at just under $1.64 a month.

This is a somewhat odd pricing structure, especially if you look at the totals of the plan. Sign up for one year, and ZenMate charges $53.88 in advance; sign up for three years, and cost $59. The company is doing its best to guide you to the long-term plan, but it seems unfair to complain about it when the price is so low. A handful of companies are even cheaper – Ivacy’s five-year agreement is currently $1.16 a month – but ZenMate is doing better than most.

A second ZenMate Pro for Browsers plan, as you may have guessed, gives you only the browser extensions, but with access to the entire ZenMate network and streaming support. This does not allow you to protect other app traffic, but if you are only interested in unblocking websites, or you do just about everything in your browser, then it might be good enough.

Whatever you choose, the company gives you a seven-day free trial to test the service before you are billed, which is very unusual these days. And even after you hand over your money, you are further protected by a 30-day money-back guarantee.

ZenMate’s support site opens with conventional web knowledgebase. The articles are sorted into three categories (‘Getting Started,’ ‘Using ZenMate,’ ‘Troubleshooting’). There are links to some of the most common options, and a recent activity list contains recently added documents. This looks promising until you start exploring, and problems start to arise.

We expect a good VPN support website to point users to detailed installation guides, for example, but ZenMate VPN review let us guess where his installation advice was. We chose the ‘Getting Started’ section, but it contained only one Windows tutorial, an article so basic that it can be accurately summarized as ‘download the client and log in.’

The article ‘ZenMate VPN compatible platforms’ looked promising and contained links to setup articles for Android, iOS, desktops, and OpenVPN. But clicking on most of them opened a new browser tab on the support site, redirected to a login page, and displayed a message: An error in the application and your page could not be operated.

To be honest, if you continue and look at the ‘Using ZenMate’ section, you will find installation and ‘how to use’ guides for all platforms. But finding help should be more comfortable than this. And even if you find these articles, they are still very short.

ZenMate is an excellent choice if you need a VPN that works well in Europe and North America. However, power users are likely to want to look elsewhere. There just isn’t much to offer advanced users, such as granular server selection or the ability to change VPN protocols. However, it’s a reasonable choice for VPN beginners thanks to its simplified interface – although that simplicity can sometimes be a little confusing, as mentioned above.

A simple, cheap VPN that unblocks Netflix and can be fast, but also has some problems. Maybe worth it for bargain hunters, but test it carefully.