The best Computers combine power and affordability, with systems suitable for anything from remote work and education to photo and video editing, gaming, and even virtual reality. We have the streamlined design of an all-in-one computer, the tiny size of a micro PC, and a gaming PCs that can run the latest blockbusters with ease. It can be difficult to determine which computer you want and require.

Mac or PC for gaming? Laptop or desktop computer? Will you be utilising your computer for school or work? When it comes to computers, there are numerous elements and configurations to consider, but we’ve broken down the finest alternatives in nearly every category to help you find the best fit for you.

As a result, whether you’re wanting to treat yourself or a loved one this holiday season, we’ve made it easier for you to purchase. We have recommendations for systems that will match your budget, whether you require loads of power for content creation or a more economical system for projects and education, to assist you find the best Computers that meets your individual demands. 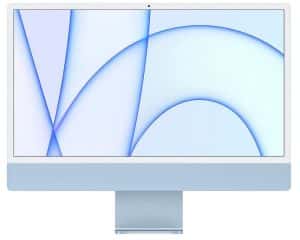 The Apple iMac 2021 (24-inch) is a breath of fresh air for the ageing iMac line, with a stunning display, an outstanding webcam, and a slew of vibrant new colour choices. This is also the first iMac to use Apple’s M1 processor, a bespoke piece of silicon that has already proven to be powerful and efficient in the M1 MacBook Air, M1 MacBook Pro, and Mac mini with M1.

It provides this 24-inch all-in-one enough power to run all of your favourite apps with ease, though if you want to play the latest games, the 27-inch iMac with its dedicated Radeon graphics card is probably a better choice. However, if you simply want a strong, gorgeous machine for getting things done, this M1-powered iMac is more than capable of handling any tasks that a family, student, or working stiff may throw at it. Overall, it is one of the best Computers that you can buy. 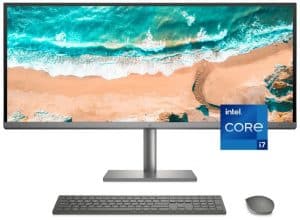 Easily one of the best Computers available on the market, The HP Envy 34 All-in-One houses top hardware. If you want a Windows iMac replacement, the HP Envy 34 is your best bet. It has a stunning 34-inch ultrawide display that can be opened toollessly at the back to upgrade RAM and storage. In terms of specifications, you can put up to an eight-core Intel Core i9-11900 processor and an Nvidia RTX 3080 discrete GPU behind the screen.

The Envy 34 is an excellent everyday laptops, but it also offers enough power for creative professionals and even gamers. Aside from overwhelming strength, the Envy 34 includes a host of convenience features. It comes with a detachable webcam that can be positioned at five different positions around the screen, and the stand allows wireless phone charging. The ports are also incorporated directly into the stand, giving you easy access to everything you need. 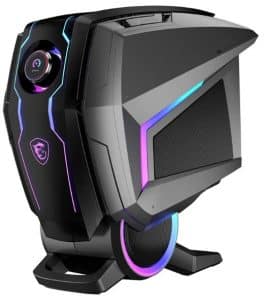 It’s not for everyone, but sometimes you just want the best of the best, the crème of the crop. That, in our opinion, is the MSI MEG Aegis Ti5: an almost absurdly powerful gaming PC with a jaw-droppingly unique chassis that includes a ‘Gamer Dial’ on the front that can be used to tweak your system performance settings as well as display information or fun animations on its dinky circular display.

Naturally, the MEG Aegis Ti5 is available in a variety of versions, all of which are outfitted with cutting-edge gaming gear. The most recent top-spec setup includes a top-of-the-line Intel Core i9-12900K CPU and an Nvidia RTX 3090 graphics card, but there are plenty of other options if that isn’t exactly what you’re looking for. Of course, the majority of these models will set you back a good coin, but if you want the highest performance, look no further. 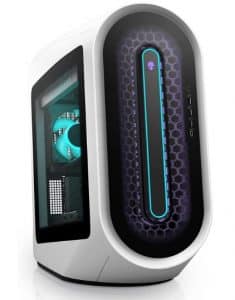 Because so much of Alienware’s business is focused on making you a PC with the particular components you desire, a judgement of the Aurora R13 is largely a judgement of the new Legend 2.0 chassis. And after a few weeks of working, playing, and mucking around with our review unit, we can say that the Aurora R13’s new appearance is a definite winner.

The revamped chassis is easy to reach, has enough of connectors, and has enough ventilation that even after hours of gaming in 4K, we only heard a mild hum and felt a lovely warmth flowing from the PC. Because the computer may weigh up to 35 pounds, it’s a bit heavy to move about or place on a desk. Still, it is one of the best Computers that you can consider. 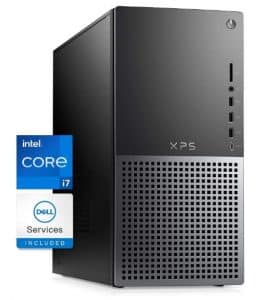 While we prefer all-in-ones for their convenience, they are difficult to update, if at all. The Dell XPS Desktop is small and quiet enough for a small office, yet it can be outfitted with a 12th-generation Core i9 processor, an Nvidia GeForce RTX 3080 Ti graphics card, up to 64GB memory card, and 4TB of storage – and there’s still room inside for more.

If you have moderate demands today but want the flexibility to add components later, the base XPS starts at about $800. If you do intend to upgrade later, invest a little more for its 750- or 1,000-watt power supply. Do you want to spend less money? Consider the less expensive desktop PC options listed farther down the page. 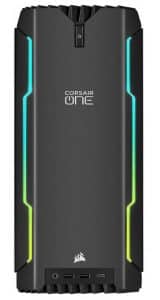 The Corsair One i300 is a fantastically compact workstation computer that exploits some smart internal design choices to give top-tier performance with a footprint barely any larger than the Lenovo IdeaCentre Mini 5i shown higher up on this same list. Because of its single roof-mounted fan and perforated side panels, it is also quieter than many powerful PCs.

Given its high-end internal components and hefty entry price, the One i300 is likely to be a tad excessive for the ordinary user. Nonetheless, this is the most powerful compact form factor PC available right now, and Corsair offers a range of variants with AMD and Intel processors. This is a terrific choice for a high-end PC for resource-intensive content creation jobs or 4K gaming. 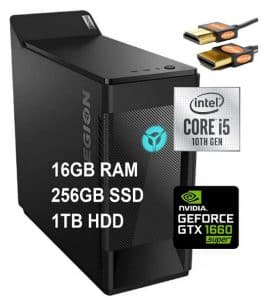 The Legion Tower 5i lacks a front-mounted USB Type-C hubs, and you’ll probably want to update its 8GB of regular RAM to 12GB or 16GB, but otherwise it’s a fantastic gaming deal. It’s an excellent choice for mid-level gamers on a tight budget. Currently, this is one of the best Computers that you can buy right now. 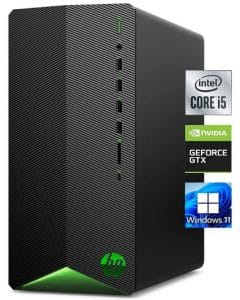 If your budget allows, you may buy the Pavilion Gaming Desktop with an Nvidia GeForce GTX 1660 Super or an AMD Radeon RX 5500. You’ll also get an operating system right away, saving you some money. It’s an excellent choice for students and 1080p gamers don’t want to break the bank when purchasing a best Computers, especially given the current state of graphics card prices. Still, it is one of the best Computers that you can consider. 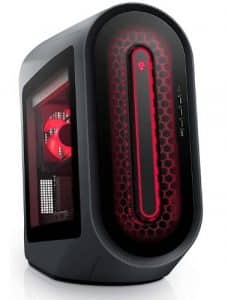 If you’re a hardcore gamer looking for the greatest desktop computer, the Alienware Aurora Ryzen R14 should be on your list. It’s expensive, but you’ll have everything you need to game as well as the speed to do so. The 750-watt power supply ensures that this all-in-one desktop PC constantly runs at ideal temperatures.

The Bluetooth 5.2 connection provides more consistent connections to mouse, keyboards, headsets, and game controllers. Because of the powerful AMD Ryzen CPU in this Alienware Aurora gaming PC, you can seamlessly switch between gaming, livestreaming, and content creation. Not to mention, the Nvidia GeForce RTX 3090 is a fantastic graphics card. 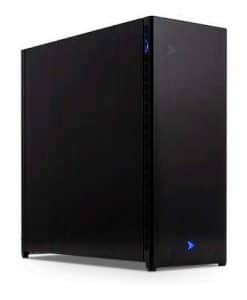 Velocity Micro is Virginia’s leading boutique vendor, and the Raptor Z55 is its crowning achievement. Its conservative tower case may bore hardcore gamers, but while it can push frame rates sky-high with the best of them, it’s even better as an ultra-high-end work or digital content creation machine.

Look no further if you spend your days crunching massive datasets or performing intense 3D rendering but like to let your hair down with the most demanding gaming titles after hours. The Velocity Micro is a showpiece for Intel’s 12th Gen “Alder Lake” CPUs and Nvidia’s latest graphics cards, with a gorgeous bespoke construction and exceptional US-based service.

The best computers will be determined by your needs. We compiled a list of the top computers in each category so you can focus your search on the best of the best. Desktop computers aren’t going away, and they’re doing anything but standing still. As evidenced by our favourite examples from recent reviews, they remain the most cost-effective and customizable PCs available to consumers and companies alike.

Compsmag's Technology Editor, based in New York City, Carmelia Derby has been with the publication for a number of years. She discusses her thoughts on the most recent consumer electronics and offers pointers on how to get the most out of them. When Carmelia isn't obsessing over the next best thing, she's typically fuming about how the Los Angeles Lakers have failed to live up to her expectations.