Logitech has been making gaming headsets for as long as there are gaming headsets at all, pumping products of generally decent quality over a wide range of prices. With the all-new G Pro X, the company is trying to improve its game by addressing the needs of pro gamers and making them an affordable product. This new headset has a great software complement and is promising, but is it useful? Let’s find out in our Logitech G Pro X Review.

This is a solidly built gaming headset, with a metal frame and thick cushions on the headband and headset – it’s comfortable and straightforward. The headset has the right balance between comfort and excitement. It’s clamped just enough not to worry about moving, but not so hard that it made me feel uncomfortable. Much of this is due to the hinges connected to the headset itself, which provide plenty of room for adjustment. 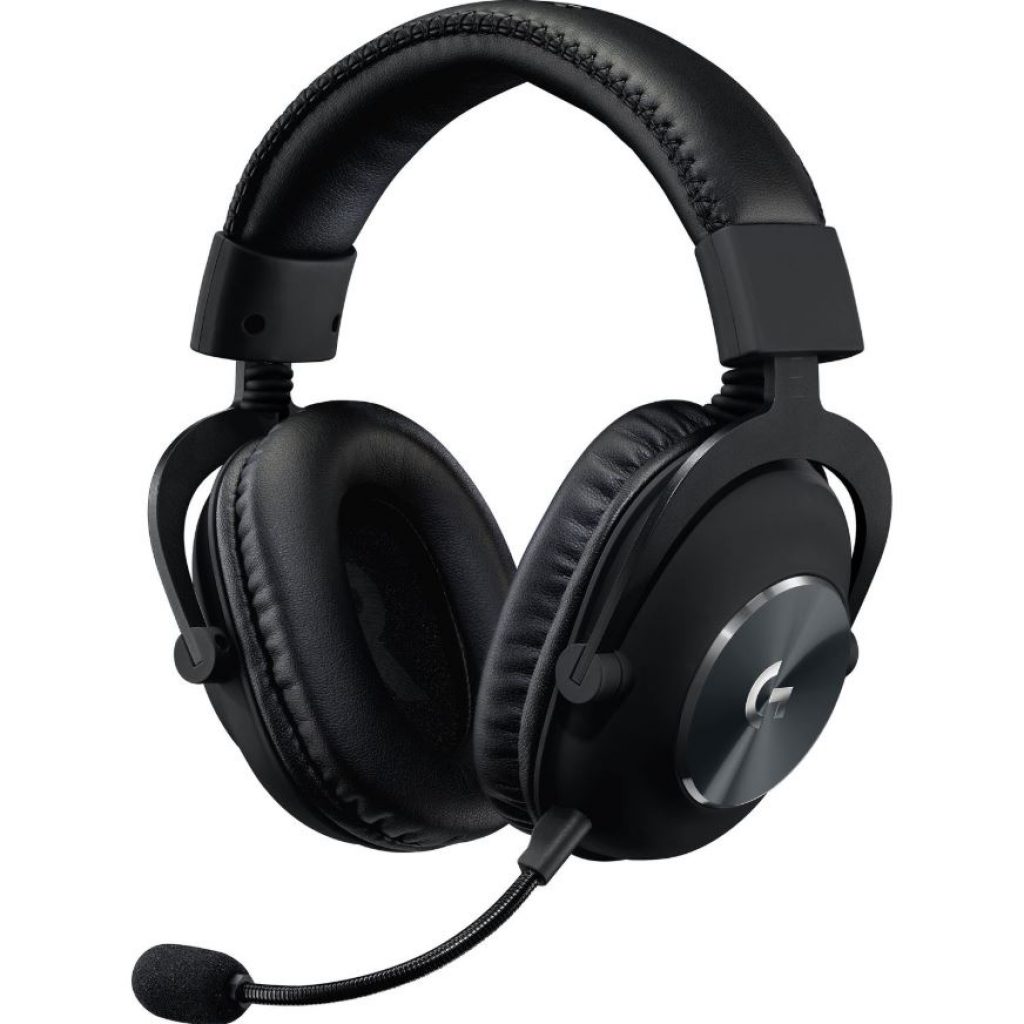 Usually, when a tight headphone is uncomfortable, this is because the headphones can’t move enough to handle different head shapes. It was nice to see that this is not the case here. The headphone pads are thick and comfortable, so getting a decent fit was quite easy. Even better, the Logitech G Pro X features some extra velour pads, so gamers with glasses don’t have to look around for a decent alternative option. Velour generally has slightly more inferior isolation, but the benefits of a full seal, especially around glasses, far outweigh that.

The use of the headset is quite simple, which frankly surprises me a bit. With all the fixings and cords, I expected something more complicated. However, it all comes down to it: There are in-line controls, which vary slightly depending on the cable, and everything else is processed in software. The braided cord is intended for use with a PC, and it has volume control and a microphone mute. The plastic cable is designed for use with smartphones and has a single clickable button for pausing and playing music.

Everything else about using the headset, such as surround sound, microphone settings, and a host of other options, is covered in Logitech’s recently relaunched G Hub app.

A little over a year ago, I first tried to install the Logitech Gaming Software app. As some people who have read my reviews may know, I generally hate these kinds of apps. The y’re often dull, poorly structured, and, frankly, just not very useful. However, the Software experience was terrible. I just wanted to look at headphone options, and installing the app made my keyboard lightning so erratic that I had to unplug it at night, even when the computer was off. But, the Logitech G Hub fixed all that. 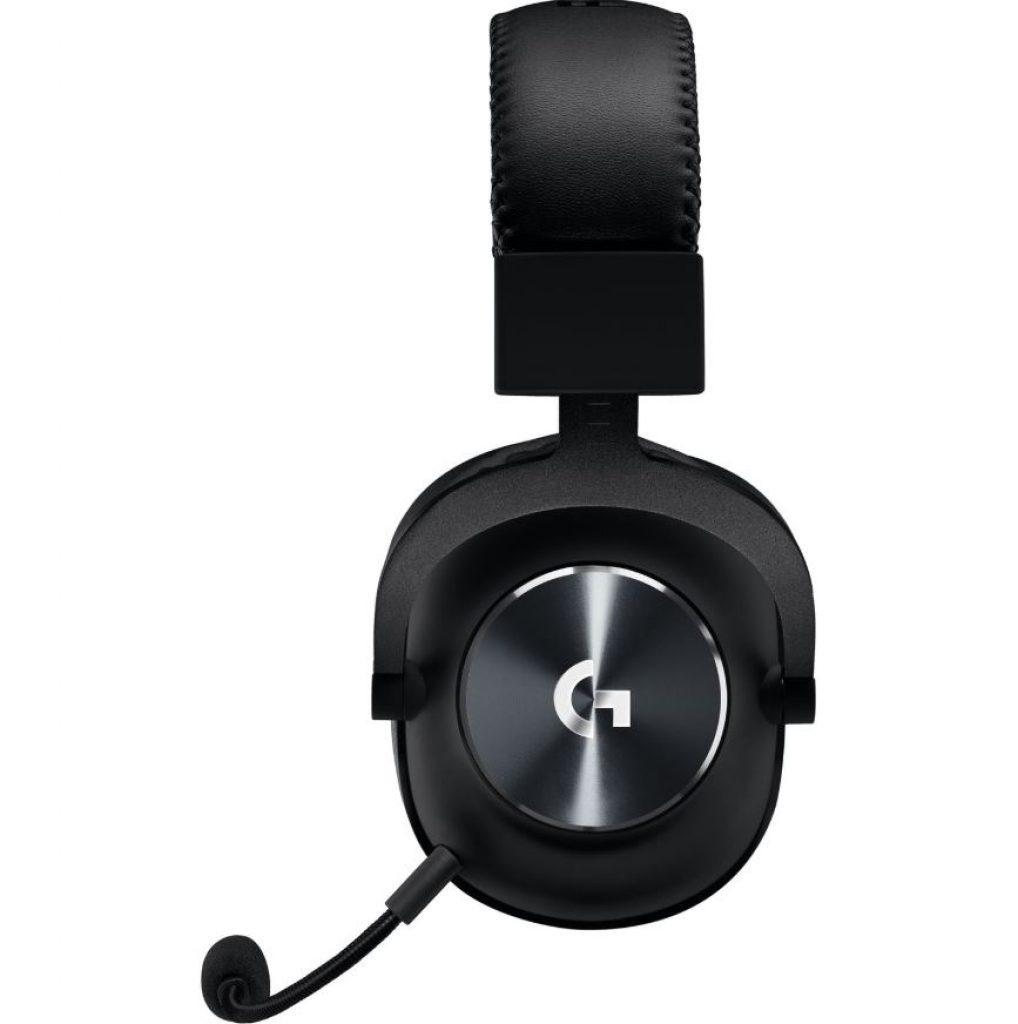 I’m still not a big fan of installing software to get my gaming headset into a fully functional state. If they all had as much as G Hub to the G Pro X, I would have a lot less to worry about.

Logitech’s G Hub does the standard gaming headset app things like turning on surround sound and having headphones EQ changed, but it goes further. On the headphone side, you can even increase the volume of different surround sound sources, making several speakers in the virtual 7.1 setups louder than others. This implies you can increase the volume of the sound coming from behind you – in games like Fortnite that almost feel like cheating.

However, the microphone settings are where the real fun lies. The Logitech G Pro X is Logitech’s first gaming headset to support Blue Vo!ce software, which lets you switch between several microphone balance presets or use your options like noise cancellation, expander, limiter, compressor, de-esser, and high-pass filter. In no uncertain terms, it’s the most significant improvement I’ve ever seen to the quality of a gaming headset.

Using the Logitech G Pro X for gaming was quite a pleasant experience. Considering the wired connection options, the headset works just about anywhere. The G Hub app is only available on the PC, which unfortunately means that surround sound is not available on the console. Still, otherwise, the G Pro X has no problem with gaming on Playstation 4, Nintendo Switch, and Xbox One. 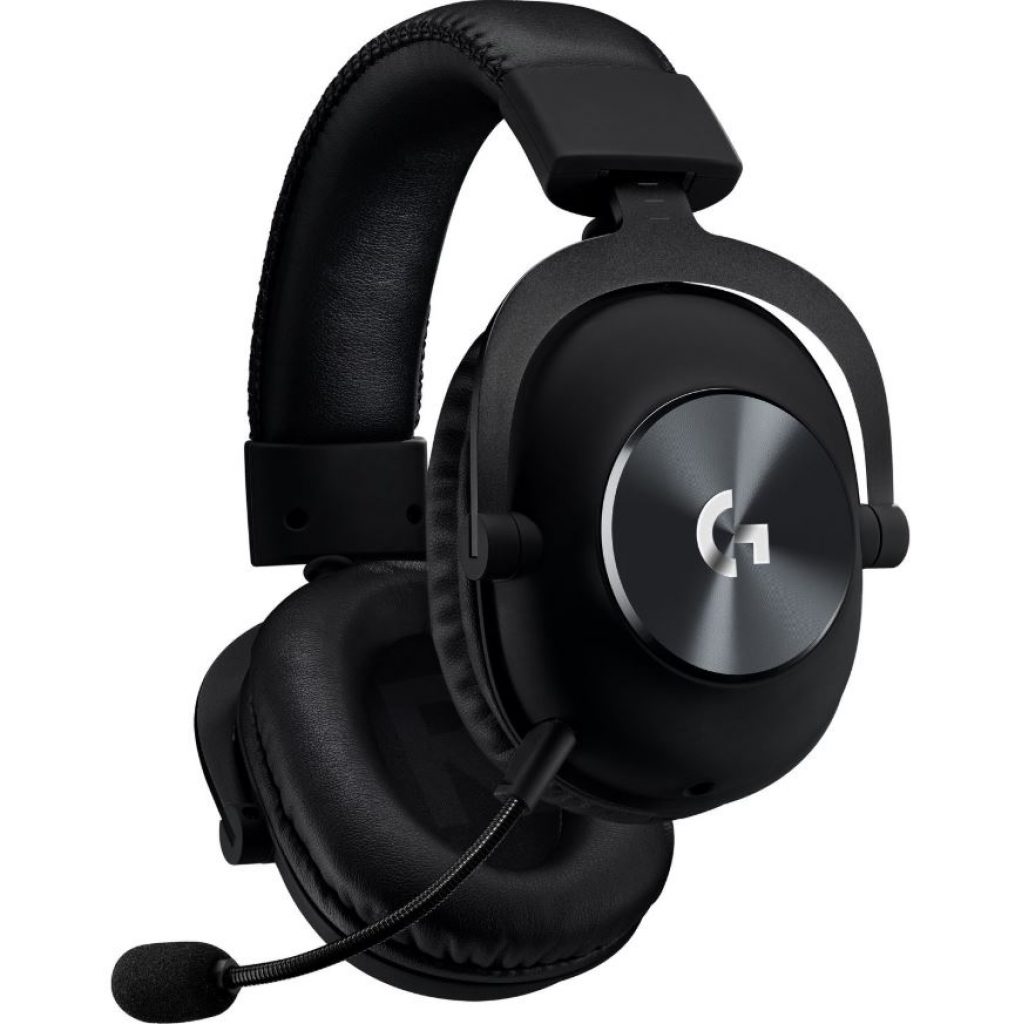 I was using the surround sound feature when playing games such as Overwatch, and Fortnite worked well on the PC. I didn’t go that deep into increasing the sound volume in different directions; however, even without that, I never had any issues telling where specific sound signals came from. Again, surround sound isn’t a feature that automatically makes you better in the game, but if you’re good to use the added information, it can make a difference.

More generally, this is an excellent headset to play with for hours. I had no problem playing games like Star Wars Jedi: Fallen Order and Dauntless for extended racks and the headset handled their very different sound profiles very well.

The over-emphasis in the high range is a good thing because it amplifies sibilant sounds (F, SH, and S sounds), which are often lost in conversations and are essential for the natural sound of speech. Many of these problems are alleviated with the Blue Vo!ce app, which is undoubtedly a cold comfort for gamers. Nevertheless, it can be quite remarkable how much the software can help.

The Logitech G Pro X offers accurate sound for a gaming headset, albeit with some of the typical bugbears the product category has in common. The re’s a slight de-emphasis in the bass range; however, otherwise, the headset sounds accurate up to about 3kHz. The relative dip after that shouldn’t be too disturbing, but it’s a typical pattern in the gaming headphones as it avoids some natural resonances in the ear. Fortunately, the output climbs back to a more fundamental point in the high range. 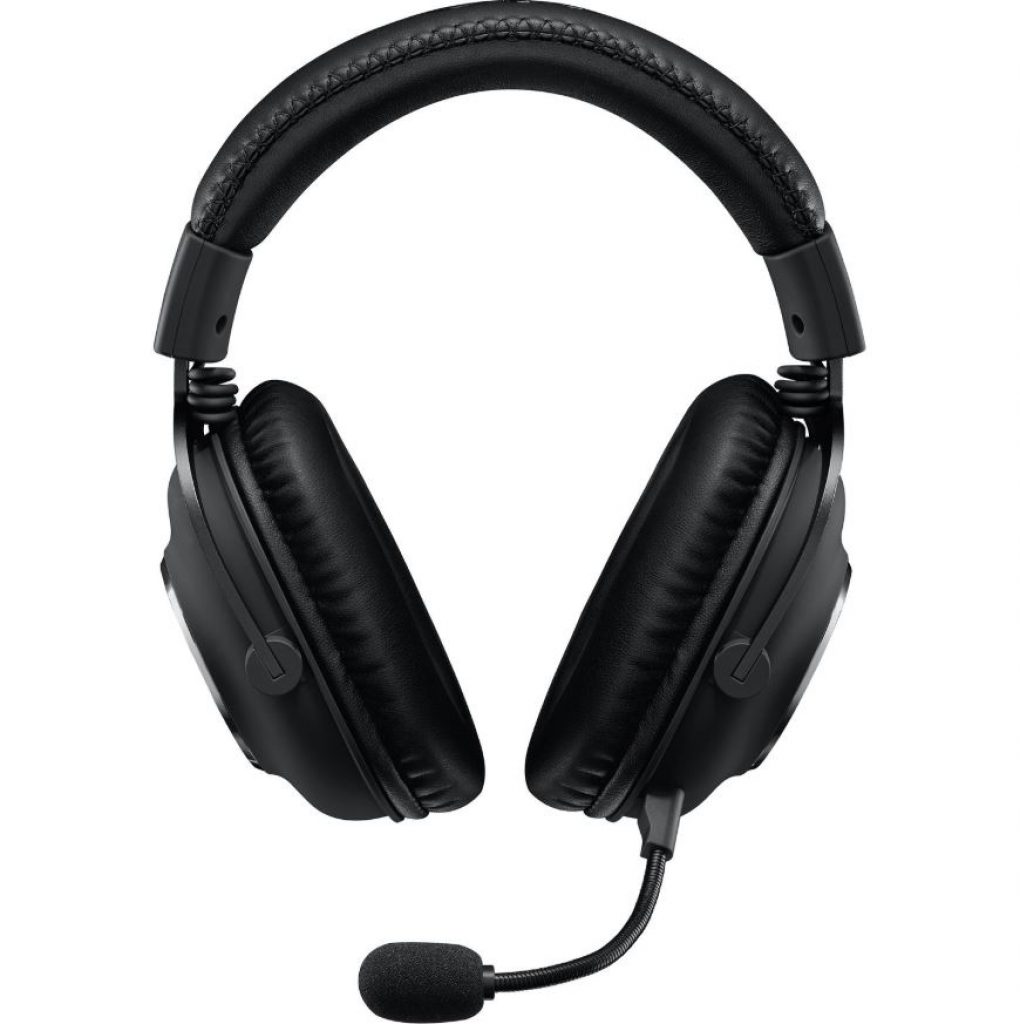 In music, this means that the sounds of some strings and cymbals may be less prominent in a song than they otherwise should be, but bass sounds and most vocals should sound great. In My City, Gone by The Pretenders, the bass line that runs through the song sounds as prominent as it should, but the hi-hat cymbals have a little more difficulty interpellating it than it would on more balanced headphones.

In the game, such a frequency response should provide a reasonably stable experience. The Logitech G Pro X doesn’t fall into the typical game headset trap of boosting the bass in a low orbit. Explosions and the like will still be the noisiest things in most games, but they shouldn’t obscure sounds that game developers want to hear.

The Logitech G Pro X provides pretty decent isolation for a gaming headphone. The re’s no ANC (active noise-cancellation) here, so don’t expect the headset to block anything louder than the buzzing of a nearby refrigerator or a TV in another room. But since this is a gaming headset, you probably don’t need to block anything more intense than the typical sounds of the house. These are not fabulous outdoor headphones, but that’s not the intention either. Also, here the velour pads will do a bit worse.

If you’re a PC gamer searching for something relatively affordable: probably this is the one you must buy. The experience of gaming consoles is a little more average. Still, in the end, the Logitech G Pro X is a very comfortable gaming headset with good sound and perhaps the first genuinely usable software experience on the market. Add to that those extra goodies in the box, like all the connection cords and the velour ear pads, and it’s hard to go wrong with this headset.

But there are alternatives too. If you’re set up for a wireless headset, something like the SteelSeries Arctis 1 Wireless will give you over 25 hours of battery life on a single charge and a USB-C wireless dongle (and an adapter), along with rock-solid audio, for about $100. If you want more than anything, accurate audio output, HyperX’s perennial workhorse, the Cloud Alpha, goes for about $100 and sounds better than headsets three times that price.

However, if you are looking for a corded headset with good audio, great software, and connection options to save, this is a great one.

The Logitech G Pro X is one of the best PC gaming headsets around. If you're looking for something comfortable with lots of sound customization options, look no further.