PureVPN Review: In a perfect world, choosing the best VPN would be easy. It would be full of decent features and cost, next to nothing. You’d even forget it’s running, unnoticed in the background, while using advanced encryption protocols to add an impenetrable layer of security. Today, I will continue my search for the holy grail of VPNs. Could PureVPN prove to be that mythical VPN that works flawlessly with any bonus feature you want?

In this PureVPN review, I will go through the pros and cons, the company behind it, the key features, and how it performed for me. I’ll then show you PureVPN’s available subscription options, what customer service looks like, the apps, and how it compares to my favorite VPNs. Let’s jump right in!

Netflix VPN performance is vital to many – and streaming is perhaps the most crucial factor in VPN usage, so this is an important area. PureVPN provides good access to Netflix, unlocking a large number of libraries with ease. It’s also capable of unblocking Disney+, which is generally considered one of the more difficult notes to crack.

However, the same cannot be said of BBC iPlayer or Amazon Prime Video – in our tests; we couldn’t use either service. If you’re satisfied with Netflix and Disney+, PureVPN is a decent choice, but if you need the best of the best, choosing a service from our list of streaming VPN services is a better choice.

In terms of torrenting VPN performance, PureVPN is reasonably capable. You get split tunneling, NAT firewall protection, and decent download speeds, as mentioned above. However, many of the most popular server locations – including the UK, USA, Canada, and Australia – block P2P sharing. While there is nothing to stop you from selecting another server, providers such as ExpressVPN or NordVPN allow torrenting on any server, or they will automatically redirect your connection to one that does.

PureVPN does not have a flawless reputation when it comes to protecting user data. In 2017, a man was arrested for online misconduct, and part of the evidence was PureVPN records, including his work and home IP addresses. Apart from ethics, this is not an acceptable form for a VPN – services primarily designed and used as privacy tools.

Since then, PureVPN has made every effort to truthfully claim that it is a ‘zero-logging’ VPN and has conducted an audit of its security systems and privacy policy. The conclusion was that Altius IT, the audit company, “found no evidence of system configurations and system/service logs that could independently, or collectively, lead to identifying a specific person and the activity of the person when using the PureVPN service.”

While this is good news, there is not much more information on what has been discovered than a few sentences – and no commitment has been made for further audits. We would like to see some more depth and transparency when it comes to user privacy.

However, in terms of apps and features, you get some useful extras such as IPv6 and DNS leak protection, a multi-port option, port forwarding, and the ability to use a non-NAT network to use a unique IP address.

Our performance tests started using the SpeedTest and TestMy benchmarking sites to measure download speeds from a UK location on a 75Mbps connection, using our nearest UK server. Our baseline connection speed (without VPN) managed 70-71Mbps, dropping to a median of 64-65Mbps when using PureVPN, approximately a 9-10% delay. Some VPNs achieve 4-5Mbps more, but you probably won’t notice much difference. 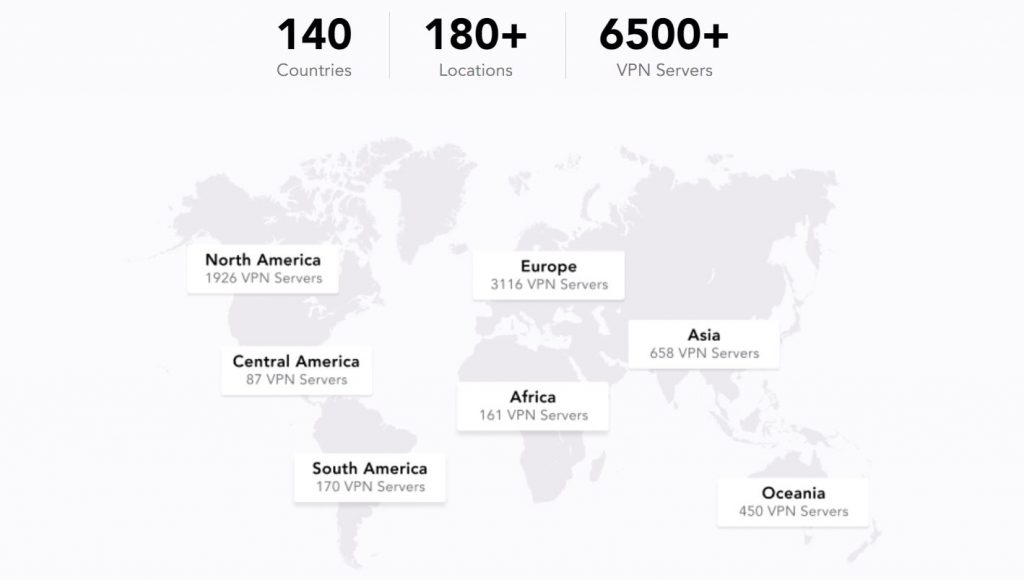 To see how fast PureVPN can go, we ran the same tests from a U.S. location, connecting to our nearest U.S. server, and using a 600Mbps connection. PureVPN scored very well on our day tests, with median speeds of 190-250Mbps. Some VPN’s are much faster – Speedify managed 275-410Mbps, speed champion Hotspot Shield reached 460-580Mbps – but many companies struggle to get even 100Mbps.

Unfortunately, our evening runs were so bad that they were hard to believe, at 2-15Mbps. This could be a PureVPN issue (overloaded or failing server, so to speak), but it could also be a benchmarking issue, something to do with our test setup or the route to PureVPN. (We tested in April 2020, when coronavirus lockdowns had boosted internet and VPN traffic, and maybe that contributed to these low numbers).

Since our first run yielded about the same results as our last review (190-250Mbps vs. 200-300Mbps), we will treat those speeds as more typical and not mark PureVPN for its lower test results. However, this still raises questions, and we recommend keeping these in mind when you sign up. Don’t just run one-time speed tests, but check the performance of multiple servers at multiple times of the day to make sure they deliver the consistency you need.

Things are quite similar on mobile, but it’s nice to see that the apps convey a fair amount of functionality. Although they are not intuitive, there are plenty of options like optimizing the connection for specific purposes (streaming, unblocking the web in China, etc.), switching protocols, a kill switch on Android, port forwarding, and much more. Compared to the competition, mobile apps are generally likely to outperform desktop offerings – beating some significant players in terms of features.

Starting at almost $11 on a one-month plan, PureVPN is hardly a bargain – but this is what we’ve come to expect from most VPNs if you want the luxury of a rolling contract. To save a little money, you’ll want to bet a little longer. Six months will put you back $8.33 a month, and a year will end at $5.82 a month. After this, however, the pricing of PureVPN becomes a bit confusing. It is known that a two-year plan is offered, but that seems to have disappeared.

However, although it seems almost impossible to find, PureVPN does offer a gigantic five-year plan. This lowers the monthly price to an incredibly cheap $1.65 per month – one of the lowest prices we’ve ever seen for a VPN. Combine that with our exclusive TECH20 code, and it’ll give another 20% off, at $1.31.

Even though it’s a five-year plan, it offers such good value that it has the same price as the one-year plan. We’re not sure how long it will be available, though, so we’ll keep this updated as and when it changes.

Whatever plan you choose, you’ll be covered by a 31-day money-back guarantee so you can try it out, and for $0.99, you can also get a full seven-day trial without paying too much money – even if you could claim it back.

Since our last review, PureVPN’s support site has been improved, and essential guides have been updated to provide fairly comprehensive instructions on troubleshooting the most common user issues. There is a huge range of articles for just about any operating system, plus many suggestions for accessing Netflix. You can also create a support ticket within the app, but our experience with this was not stellar. Our first question was answered in about 30 minutes – not terribly – but we only received reasonably rudimentary advice, and our follow-up questions remained unanswered.

If the guides can’t help you, it’s best to use the live chat feature. We got an answer within minutes, and although we didn’t get the level of support we are used to from real premium services such as ExpressVPN, PureVPN’s live chat was fast and got us up and running.

PureVPN’s appeal lies in the device’s broad support, the excellent value of ultra-long-term plans, and – when working correctly – that the apps deliver the right amount of functionality on most operating systems. However, what’s not so impressive are the connectivity issues and the somewhat unreliable kill-switch performance that could affect the average user – and therefore, the company can’t compete with leading providers like ExpressVPN.

PureVPN has a long and attractive list of features, but look at the details - the usability of the app, what the Windows app does under the hood, the quality of the support site - and the service is just not as capable or professional as the top VPN competition.