All of this will cost you as much as $3,999, and even for that price, your system will warm up and have bad speakers. Despite that, the Razer Blade Studio Edition’s features are so exceptional, it’s one of the best workstations around.

The most significant difference between this version and a standard Razer Blade 15 is that the Studio Edition is only available in Mercury White. It has a full mercury color over the aluminum hood, accompanied by a shiny silver Razer logo. It is one of the most premium styles Razer has adopted. Meanwhile, the interior features white keys over its mercury-colored deck, surrounded by top-firing speakers.

The per-key RGB lighting on the keyboard was gloriously bright and gave the interior some much-needed sway. The Razer Blade has several ports but does not have an RJ45 Ethernet port. On the left, there is the power connector, two USB 3.2 ports, and a headphone jack, while on the right there is room for a security lock, a Mini DisplayPort, an HDMI port, a USB 3.2 port, a Thunderbolt 3 port, and an SD card slot.

It is unclear if the Razer Blade Mil-Spec has been tested, but we have reached Razer and are waiting for comments. In terms of security, you get an IR webcam compatible with Windows Hello and a TPM 2.0 security chip, which are solid features.

The keys on the Razer Blade 15 Studio Edition were clicking and comfortable to type on, but they were too superficial and didn’t bounce enough for my fingers. But it didn’t feel like I was typing on the keyboard of a premium laptop. I wish Razer had put his new optical keyboard on the Studio Edition because those keys would have justified the $3,999 price tag. 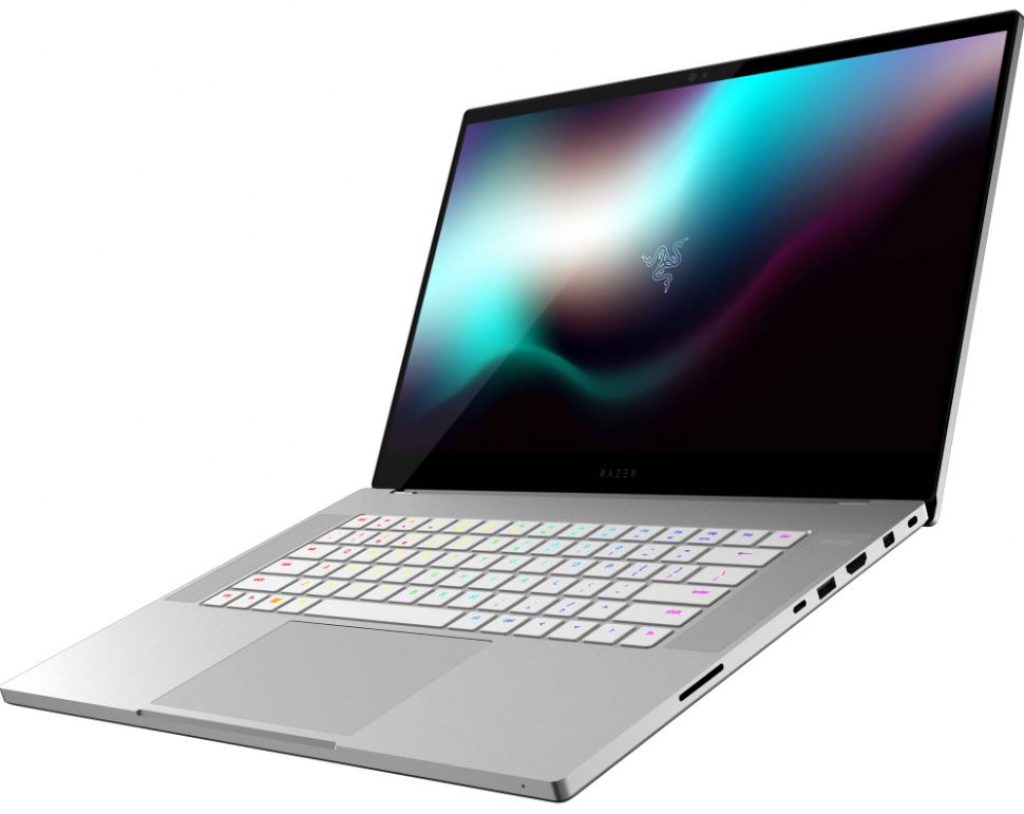 The keyboard offers RGB per key that is fully customizable through the Chroma Studio in the Razer Synapse app. You can use presets such as Wave or Static, or you can easily assign a color and effect to each key. The Studio Edition’s 5.1 x 3.1-inch touchpad is spacious and soft, but the clicks are on the stiffer side. Windows 10 gestures like three-finger tabs and two-finger scrolling worked well thanks to the Windows Precision drivers.

The Razer Blade’s 15.6-inch, 4K OLED display is one of the most vivid and colorful panels I’ve seen. In the Black Widow trailer, David Harbour’s Red Guardian suit came out with a mix of red, silver, and white, as if he were a model at a photo-shoot. Black Widow worked her way through a dimly lit apartment, and while I could see myself on the bright screen, I could see the accents in the wall and the furniture around her.

The 4K panel also detailed the different shades in a bruise on Natasha Romanoff’s cheek. According to our colorimeter, the Razer Blade’s screen covered as much as 216% of the sRGB color gamut, surpassing the workstation average (172%) and the StudioBook Pro (162%). However, Razer’s machine was surpassed by the MSI WS65 (251%). 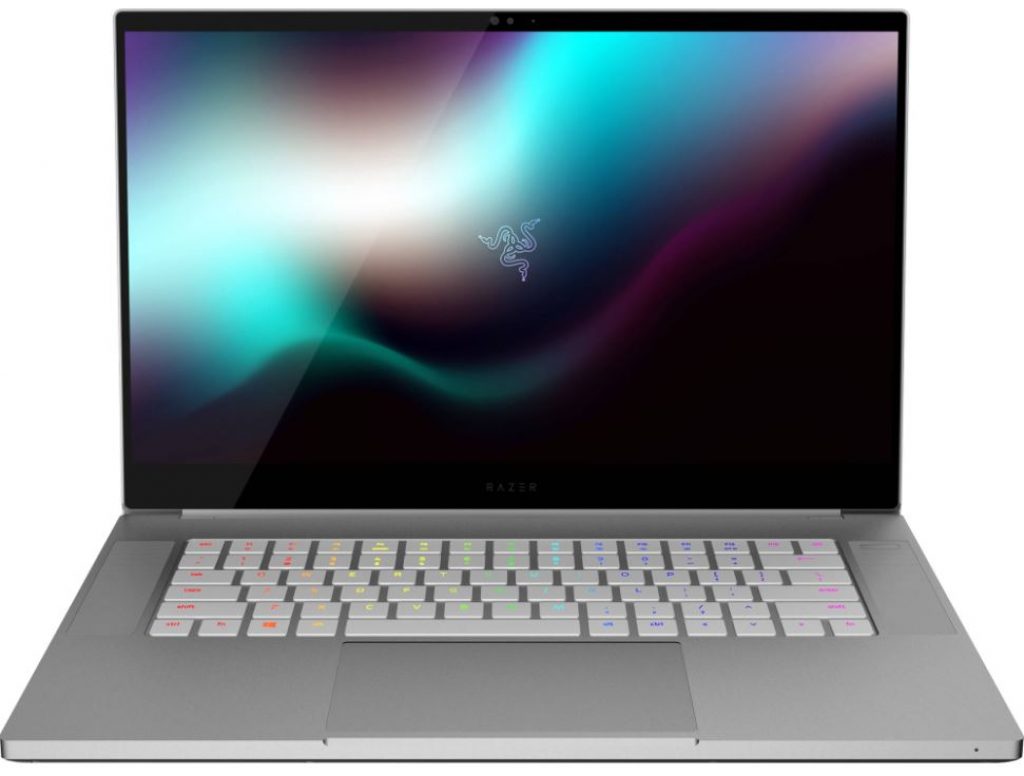 With 336 nits of brightness, the Razer Blade 15 Studio Edition panel climbed over the average of 333 nits and again beat the StudioBook Pro (292 nits), while losing to the MSI WS65 (393 nits).

Razer’s top-firing speakers weren’t very loud. They sounded hollow and didn’t offer good bass to balance the sound. I listened to Starsailor’s “Way to Fall,” and the opening guitar was clear and a bit sharp. I could barely distinguish the drums in the song. And while the vocals were sharp, the cymbals that followed were loud. When the instruments in the chorus came together, they sounded muddy.

Even the “Professionally tuned for Razer” Dolby Atmos app couldn’t save these speakers. This app offers audio presets such as Dynamic, Movie, Music, Game, and Voice. There is also a full equalizer with which you can tinker if you are an audiophile, but if the huge amount of presets does not help, there is not much hope.

In the lower abdomen of the Razer Blade Studio Edition is an Intel Core i7-9750H processor with 16GB RAM. This machine is powered by 40 Google Chrome tabs and five 1080p YouTube videos while Spotify is running in the background, all without a problem. On the Geekbench 4.3 benchmark, the Razer Blade 15 Studio Edition scored 20,231, undercutting the workstation average (23,891). With the same CPU, the MSI WS65 nailed 22,936, while the Xeon E-2276M of the StudioBook Pro scored 21,434. 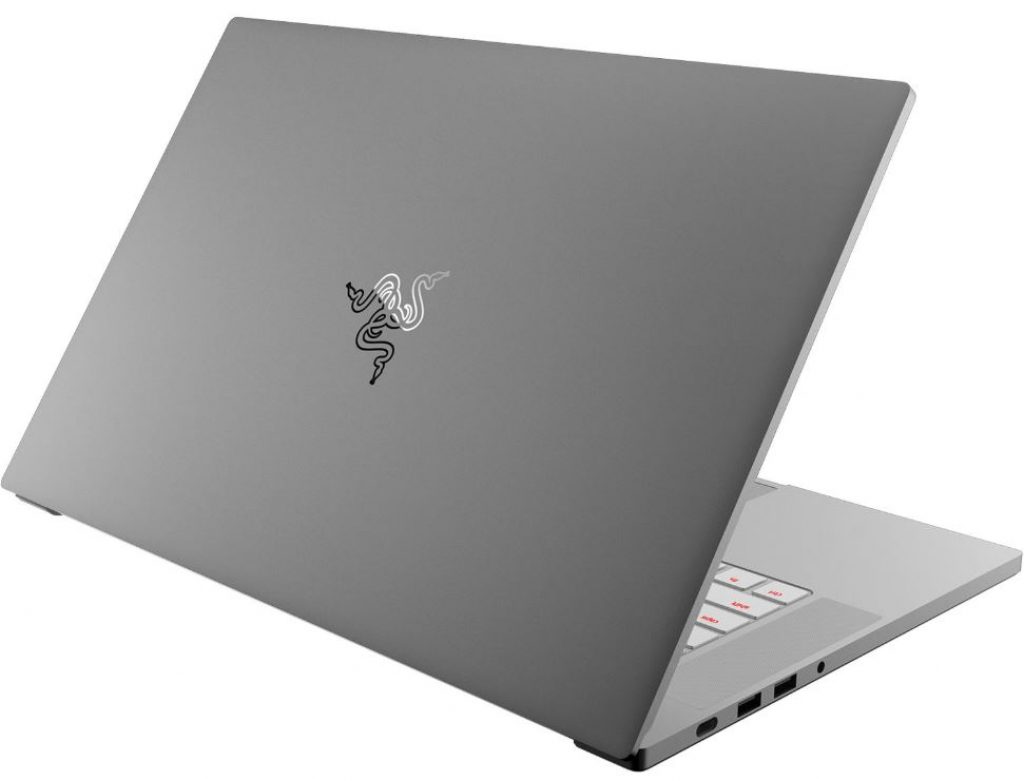 The Razer Blade 15 Studio Edition transcoded a 4K video to 1080p in 10 minutes and 12 seconds on our HandBrake benchmark, matching the category average. We outperformed the MSI WS65 (10:36) and the StudioBook Pro (10:30).

For a 4K OLED laptop with a discrete GPU, the Razer Blade 15 Studio Edition has decent battery life. The Razer Blade 15 Studio Edition surfs the web continuously over Wi-Fi with 150 nits of brightness for 6 hours and 2 minutes until the battery runs out. That’s close to the 6:04 workstation average. However, the MSI WS65 (6:57) and the StudioBook Pro (6:23) both lasted longer on our test.

The Razer Blade 15 Studio Edition gets a little spicy under the hood, even on our basic test. After the laptop has streamed a 15 minute, 1080p video, the bottom of the machine hits 103 degrees Fahrenheit, which is above our 95 degrees comfort threshold. The center of the keyboard and touchpad hit 101 degrees and 91 degrees, respectively. The hottest the machine got was 104 degrees at the bottom near the model number. 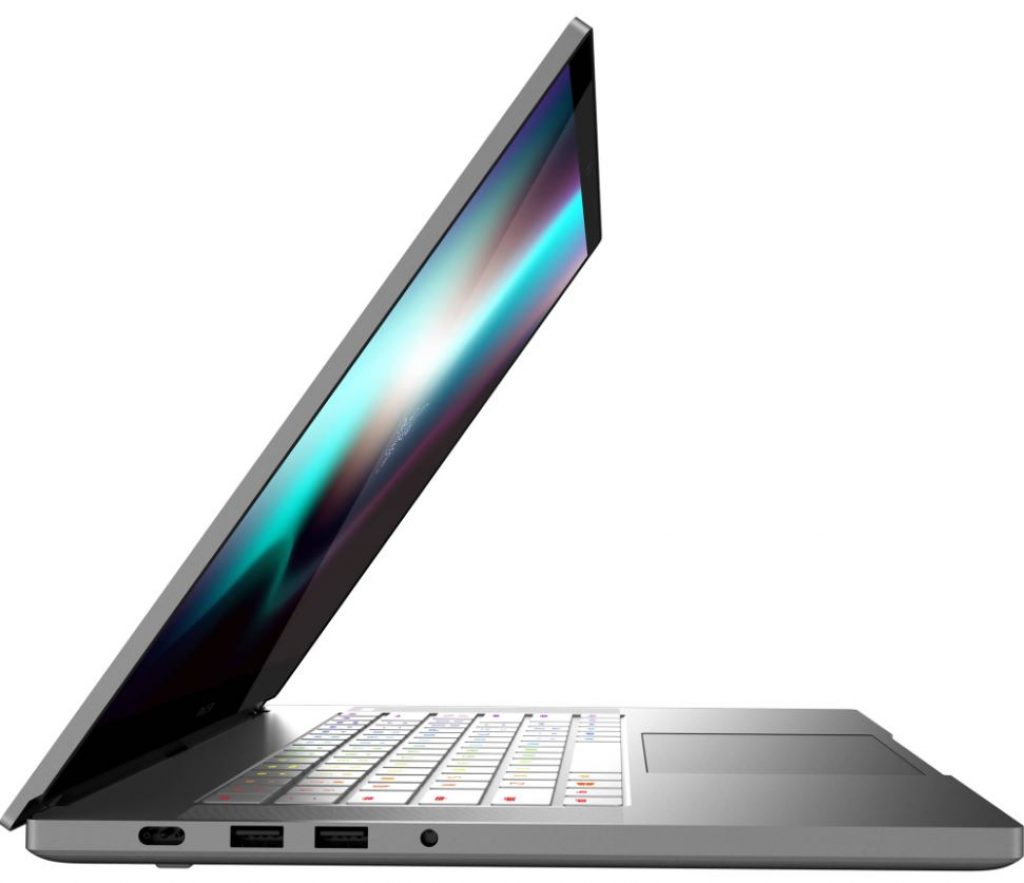 There is only one configuration of the Razer Blade 15 Studio Edition, and it costs as many dollars as it contains pixels. It comes with an Intel Core i7-9750H processor, an Nvidia Quadro RTX 5000 GPU with 16GB VRAM, 32GB RAM, a 1TB SSD, a 4K OLED display and a Mercury White design, all for $3,999. However, there are multiple configurations of the standard, non-Studio Razer Blade 15.

If this isn’t in your budget, consider looking at our pages for the best video editing laptops and top cheap gaming laptops under $1,000 to get a workstation-lite system that’s a little cheaper.

Equipped with the slim chassis of the Razer Blade 15 Studio Edition, you’ll find a powerful Quadro RTX 5000 GPU, a super-colored 4K display, and several neat security features. However, at $3,999, this machine is incredibly pricey, and not only that, it runs hot and has terrible speakers. For a cheaper $3,499, you can get an even better workstation: the MSI WS65 9TM. This rival laptop has a brighter and more colorful display, is just as strong in performance, and has longer battery life.

But generally speaking, if you’re a fan of Razer’s laptops, the Razer Blade 15 Studio Edition is one of the best workstations you can buy.