Private Internet Access is a renowned VPN that we have known for half a century since 2010. This VPN, better known as PIA, has grown enormously in recent years and enables users to connect to more than 12,000 servers (no, that’s not a typo) in 74 countries. As you can read in this in-depth Private Internet Access VPN review, there is much to be said for the veteran provider.

This is partly due to a feature set aimed at both novice and advanced VPN users – user-friendly mobile and desktop applications are coupled with more technical features such as a command-line connection tool and advanced encryption controls. How can PIA compete with the competition? Scroll down to read our full review, designed to help you decide if Private Internet Access is the right VPN provider to keep you and your data safe. Here is our Private Internet Access VPN review.

As far as the characteristics are concerned, PIA gets all the basic principles in order. As of September 2020, PIA will offer users a choice of more than 12,000 servers spread over 74 countries. While more than 5,000 of those are located in the US, that’s not a bad thing – a large number of VPN users are located in the US or want access to US Netflix, so US servers are by far the most traded in the world. PIA’s ‘next-gen’ update has effectively made its network future-proof should the number of users explode in the future.

That considerable volume means you can often find a quiet server to connect to, even in popular locations. Another core element of PIA is privacy, provided by strict no-log policies and industry-standard encryption protocols such as AES-256, CBC, and RSA-4096.

Going a little deeper into Private Internet Access, it becomes clear that this VPN provider has distinguished itself from the competition by including additional tools that are not yet common in the VPN market. With ‘piactl,’ for example, you can write a simple script to automate connecting to a PIA server.

Even better, PIA is a large torrenting VPN because none of the servers restrict P2P traffic or have any restrictions on the amount of bandwidth you use.

All VPNs claim to offer a high degree of privacy, but Private Internet Access combines an unusual mix of features that go beyond most. PIA’s apps usually use only the latest and most secure protocols, for example, in OpenVPN and WireGuard. OpenVPN protection is AES-128 by default, but with just a few clicks, you can set the encryption type (AES-128 or 256, CBC or GCM, you may turn the encryption off completely when you’re just at speed), data authentication, and handshake methods (RSA-2048-RSA-4096), choose the connection type and set local or remote ports.

Private Internet Access offers its DNS to reduce the risk of DNS leaks. However, the apps are flexible – the Windows client can be set to use your default DNS or a custom DNS of your choice. There is also a kill switch to disable your Internet access if the VPN fails. Unlike some competitors, this is available not only on the desktop but also on iOS and Android clients.

Connect to the Chrome extension, and you’ll find a lot of bonus-privacy features (blocking location access, third party cookies, website pointers, and more). You could set them up separately and for free, but the extensions make it easier, and they do add valuable extra layers of protection. PIA’s MACE feature blocks access to domains used by ads, trackers, and malware, further limiting the ways businesses can track you on the web.

As we said above, and perhaps best of all, Private Internet Access has provided its desktop clients, mobile apps, and many other components and libraries with open source. This allows other developers to freely examine the source code, assess its quality, report bugs, and perhaps check if it does anything that could compromise user privacy.

Private Internet Access emphasizes the fact that they do not register any data. This means that they have no idea when using the VPN, how long, what your IP address is, or which sites you have visited. “We have never been asked for keys, nor have we handed over any user data… We don’t have any logbook. We also do not log any metadata session data. We will comply with everything, but we can’t comply because we don’t provide any logs. We do not log, period,”

By connecting to a VPN for use with Netflix and other streaming services, you can access all kinds of obstructed websites, hopefully avoiding those annoying ‘not available in your area’ error messages.

To test Private Internet Access unblocking, we connected to different PIA locations and then tried to access Netflix and YouTube content only, Amazon Prime, BBC iPlayer, and Disney+. Bypassing YouTube’s protection is relatively easy, and as long as you have an IP address that seems to be in the right country, you should be fine. Of course, Private Internet Access allowed us to view only U.S. content on each of the U.S. servers.

BBC iPlayer is more of a challenge. Private Internet Access didn’t get us into the service during our last review, and unfortunately, it didn’t work this time. Both US Amazon Prime Video and Disney+ behaved strangely on our first test, with the websites refusing to load when we connected via PIA’s New York location. But after connecting to California, Denver, or PIA’s US East, both sites allowed us to browse and stream content.

So PIA had some trouble unblocking, but we had access to all of our test sites except BBC iPlayer, which is a better result than we see from many providers.

Every VPN promises a fast and ultra-reliable network, but the reality can be very different. That’s why we look beyond enthusiastic marketing and subject each VPN we assess to our intensive tests. Usually, this starts with using an automated script to connect (via OpenVPN) to multiple locations, then logging the connection time, checking latency, and using geolocation to see if each server turned out to be at its advertised location.

Unfortunately, that was not possible this time because our test software refused to connect. After investigation, we found several users who reported that they could not connect via third-party OpenVPN apps with their default settings, apparently due to a problem with the PIA server configuration. As a result, we omitted the automated tests for this assessment. 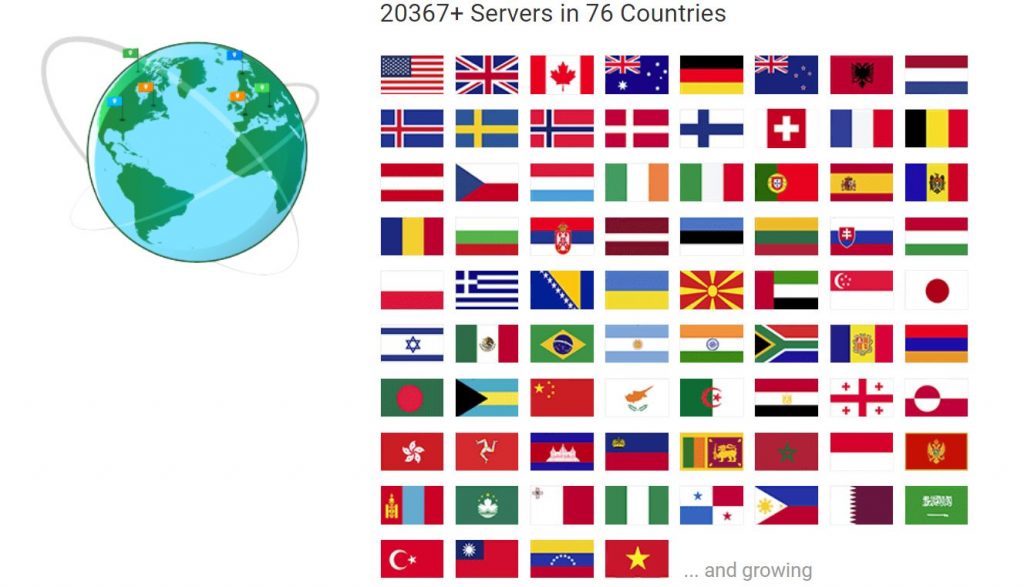 However, smaller-scale manual tests showed positive results. Connection times were very fast with 2-3 seconds via OpenVPN, 2 seconds with WireGuard, even in the most remote locations. All servers were connected the first time without errors.

PIA’s server locations are a more complicated problem. In June 2020, a corporate blog post explained that 35 of its region’s IP addresses came back from the advertised countries but were physically located elsewhere. The company explained that this allowed it to offer servers in regions it had previously left for legal reasons (Russia, Brazil) and offer better performance ‘in regions where we could not purchase high-quality VPN servers.’

Any other performance can be significant because OpenVPN’s download speeds from our nearest servers in the US were disappointing at 65-75Mbps and lagging far behind providers such as Surfshark (average 100Mbps), ExpressVPN (210Mbps), and Hotspot Shield (360Mbps).

The switch to the UK saw significant improvements, though, with downloads averaging 150-160Mbps. And when we switched from OpenVPN to WireGuard, speeds increased to an average of 373Mbps in our best session.

Remote server download performance wasn’t bad either. According to the PIA client, we connected to New Zealand (the highest latency location), ran more tests, and achieved download speeds of around 15-30Mbps. That’s a significant drop, no big surprise when connecting to the other side of the world, and even this worst-case scenario is still fast enough for most web tasks.

PIA does not offer a free trial, so subscribers must choose between three paid options to access the VPN – but a 30-day money-back guarantee will keep you protected if you are dissatisfied with the service. First, there’s a monthly plan for $9.95 – not surprisingly the most expensive of the bunch. However, prices are dropping pretty fast, and the next is a one-year plan that comes in at $3.33 a month – just $39.95 a year.

If you want the best price, you should go for a two-year plan. Offering a 73% saving, the monthly fee is $2.69, or $69.95 for two years of coverage value – and PIA is currently offering two months free with its two-year plan. You will have to pay that lump sum in advance, but the overall PIA is quite competitively priced than competitors.

In previous versions of PIA, we discovered that a lack of live chat support was one of the platform’s biggest flaws. We are pleased to announce that yes, this has been addressed, with live chat customer representatives now available 24 hours a day, seven days a week – about time, if you ask us. Advisors are helpful and friendly, but a ticket-based system is also available, in addition to email support.

Usually, however, you can solve problems yourself thanks to an extensive support center full of troubleshooting articles. There is a wealth of useful information here, such as a best-practices security guide that gives a good overview of PIA’s different encryption options.

Even after a decade on the market, the constant updates mean that Private Internet Access is still a powerful VPN available at an excellent price. PIA finds the right balance between usability and features with plug-and-play apps for all kinds of devices, plus advanced functionality such as command line VPN control and multihop servers – not to mention the incredible number of servers.

While the apps aren’t as smooth as the very best on the market, PIA offers an easy-to-use, high-quality service that includes several advanced features that will please both VPN novices and experienced power users.

Private Internet Access is an excellent VPN that gets better and better with time. With powerful security features, useful desktop and mobile clients, many servers, and Netflix unblocking, PIA is a great choice for both experts and novices - and the new addition of 24/7 live chat has made it even more attractive.

Upgrade in iPhone Running iOS 13.1 Beta to iPhone 11 or iPhone 11 Pro Without Losing Any Data