The Best E-Commerce Companies of 2021

Best E-Commerce Companies – Online shopping and e-commerce have become a critical industry, serving customers all over the world. With the consumption speed of smartphones and internet, e-commerce also grew very fast. Baby products to consumer electronics, all kind of the goods are available to your doorstep within a click. There is no product on the Internet which is not available for e-commerce. Almost all the big brands in the world use The Best e-commerce brands to promote their products and sell online.

Here is our list of The Best E-Commerce Companies, that is trying to cross each other by their service and revenue. This list can motivate you to work with the big digital network. 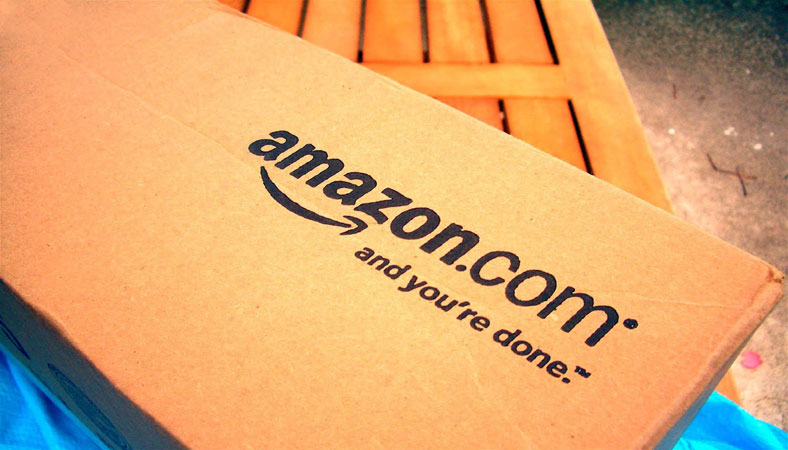 The company was established in a garage in 1994 by Jeff Bezos, and the whole world knows where the company stands now. It has been initially called by the name of “Cadabra” and changed to “Amazon” later. They provide all the products from A to Z. In the present time, the company is at the peak of the e-commerce world. They have a complete range of all the things for all kind of people in the world. The revenue of the company is around $ 136 Billion.

Alibaba was founded by Jack Ma in 1999 in China. The company was initially leader by only 18 people, who were providing B2C and B2B services. The company placed itself as the 2nd largest e-commerce company in the world. It generates merchandise to significant volumes that dominate eBay and Amazon. The company provides electronic payment services and data-centric cloud computing services. The company has 63% of online commercial trade in China. By 2014 its assets have reached 231 US billion dollars. Now the company’s revenue is around $ 23 Billion.

It is an American retailing company and was founded in 1962 by Sam Walton. The whole business is controlled and owned by a family called the Walton family. It runs an extensive chain of discounted stores, Grocery stores, and Hypermarkets. With the latest data records, it has 11500+ stores in the world. They are operated by different names in different countries. It has the largest private employer base which is 2.3 million. Walmart.com was founded in 2000. The revenue of the company is around $ 22 Billion.

OTTO Frank established Otto. Otto is a company that provides online shopping mainly for fashion, furnishings, and sports. Otto went online for the first time in 1995. They covered an entire product line for the customers to choose from. More than 80% of their total turnover is made by online purchases of the customers.  The revenue of the company is $12.1 Billion.

The company was founded in 1998. JD is Jingdong Mall which is also called as JD. The companies headquarter in Beijing.  It was officially named as JD in 2007.  It first domain was called 360 buys. It launched a platform for brand owners called the “POP” platform.  Its domain name was renamed as JD.com in 2013. It started its Russian site to expand globally of 2021. JD is the largest e-commerce company by revenue in China.  GMV increased to RMB658.2 billion of 2021. The revenue of the company is $ 11.6 Billion.

Among online travel services, Priceline is one of the first forms to make money from the Internet. It is the leading platform for transport service. They make reservations for rental cars, tourist packages, hotel bookings, Airlines, and cruises. They provide ticket booking services in various countries. For example MakeMyTrip in India and Ctrip in China. The revenue of the company is $10.7 Billion.

eBay was founded in 1995 by Pierre Omidyar’s.  eBay has grown very fast and has become a leading e-commerce around the world.  Ebay’s headquarter is situated in San Jose, California. The company was named “Auction Web” initially. Later it was changed to “eBay” in 1997. It has provided a platform, their seller’s list of their items of various categories and buyers start bidding the product. This process is automated. eBay was the first place where you can get almost everything. The revenue of eBay is $ 8.9 Billion.

Zalando is a famous fashion shopping portal. Its headquarter is situated in Berlin. The company has become one of the largest online shopping portals. The company operates in most of the European countries, which shows its immense global presence. Zalando Lounge is especially for its registered customers. The particular characteristic of the company is that it provides daily limited-time sales on the top brands by giving offer up to 80% less than the actual retail price. Since they work with the top brand manufacturers, the goods provided by them are 100%authentic. They offer a wide range of segments for both men and women. The revenue of the company is $ 4.1 Billion.

Andrew Mason discovered the company in 2008. Now it one of the leading e-commerce brands worldwide. The company’s first deal was with a Motel Bar. Groupon mainly aims at getting people together to reach a particular goal. The name was spread almost to 28 countries. It shows the high global presence on Groupon. They targeted the companies that brought them best deals by purchasing the goods and services in the related geographies. They survived on commission from the revenue generated which the merchants were happy to pay from their sales. Its revenue is $ 3.1 Billion.