In November of 2021, Sony released an update for their WF-1000XM3 headphones that brings a lot of improvements, which includes Amazon Alexa support, volume control, and a visible indication of the battery level of the charging case in the Sony’s Headphones Connect app. These updates may seem less, but they’re essential if you already love these headphones and want the experience to work even better – especially with Alexa.

If the earplugs were judged on their design alone, the WF-1000XM3 would already win all the marbles: They lack the protrusion of the Sennheiser Momentum True Wireless and the unapologetic suckiness of Apple AirPods. Plus, weighing in at just 8.5 grams each, they’re comfortable in the ear and look gorgeous. The headphones come in a smart case, with a trendy copper lid, and are held securely in place with magnets. The case itself acts as a battery pack if you need a rescue recharge on the go. 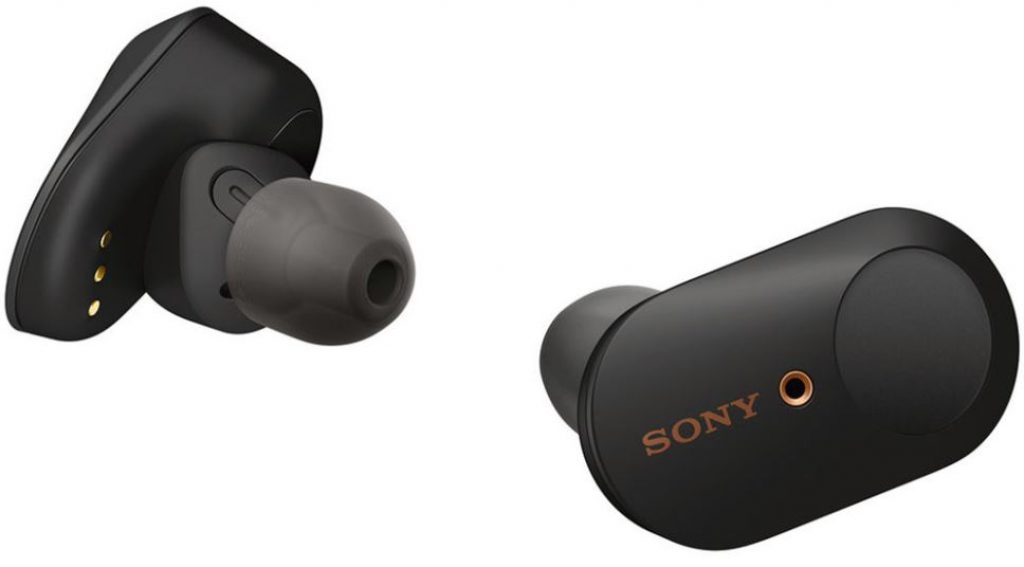 The late successors to the WF-1000X, launched of 2021, feature several improvements in sound quality and noise reduction. This includes a dual-sensor system in each button and the application of virtually the same QN1 noise cancellation processor as in the WH-1000XM3 over-ear headphones. In terms of comfort, the fit of the Sony WF-1000XM3 gives confidence. By cleverly twisting it into place, fixed by the structure of your ear, they feel comfortable and reasonably snug in your ears.

They mustn’t feel like they’re falling out when you lie down on the street, and these are comfortable headphones to live with – just throw the charging case in your pocket, and you’re ready to go. A wide selection of rubber and foam earphones come in the box, so it’s worth experimenting to get one that offers The Best fit/comfort to you.

The re’s little missing regarding the specification: In addition to Bluetooth NFC pairing, the re’s Google Assistant support and well-known Sony audio processing refinements, including DSEE HX, which is available to restore subjective details from lossy streams. There is also support for hands-free calling. Even better, the collaborative Sony Headphones Connect app allows you to make EQ changes as needed (we never thought it necessary), which is an alternative that not every headphone includes today. You can also use the app to prioritize Bluetooth connectivity over sound quality, but why sacrifice that?

As with their full-fledged stablemates, there is a selection of physical controls available, although using the headphones is a bit more difficult due to the limited space. Just like the Powerbeats Pro and other high-end genuine wireless earbuds, a proximity sensor provides carrier detection, so the WF-1000XM3 always knows when they’re in use. Take one out, and your music pauses and resumes when you put it back in place. Tap on the touch screen pauses or plays your music. 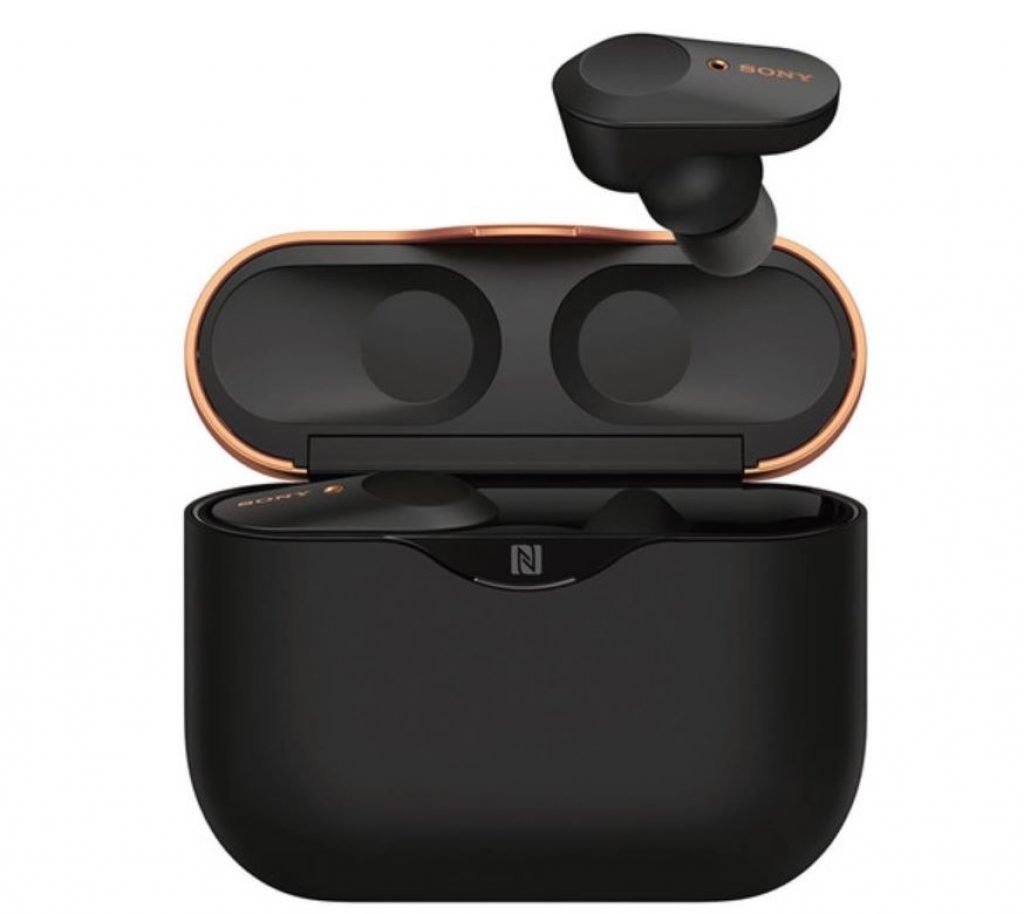 A Quick Attention mode is also available on the right earbud, which was a staple in the over-ear WH-1000X series, so you can touch the earbud to hear the ambient sound. Unfortunately, however, there is no volume control on the earbuds; this can only be done via the app. The other bad news? There is no support for aptX HD or Sony’s high headroom LDAC Bluetooth expansion. The WF-1000XM3 also uses a 24-bit audio processor, not the 32-bit silicon found in the WH-1000XM3. Sorry audiophiles, you’ll have to buy the full-size cans if you want The Best features.

Small 6mm drivers radiate clarity and rhythm; these beautiful little music makers miraculously conjure up a wide, expansive soundstage, with credible spatial details. If your commute is bad, podcasting is silky smooth. If you prefer rocking, they roll with The Best of it – guitars have an edge, drums are tight and loud. Alternatively, dance and pop mixes sound positively foaming. There is some noticeable bass, but no boom. If you want a more pronounced thump, over-ears are always better.

The real test for the WF-1000XM3 is, of course, their noise-suppressing power. To find out more, we took them on a noisy commute, a tourist sightseeing tour, and then subjected them to the final test – in flight. The results were astonishing. The WF-1000MX3 has the same noise-canceling engine as their bigger brother, but that doesn’t mean they’re directly comparable. Sony told us that the QN1e HD noise-canceling processor at work here performs similarly to the second generation WH-1000XM2 over-ears. 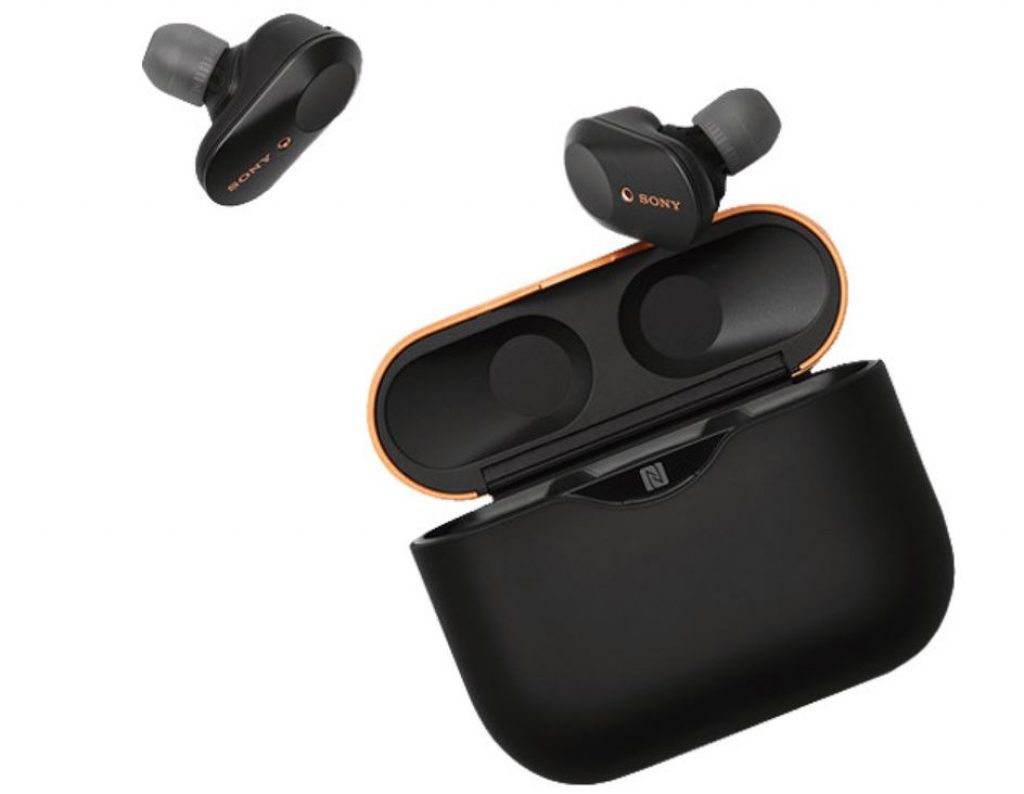 Where Sony’s noise cancellation scored was everyday commuting, whether it was by train, tram, or bus. The noise reduction is high. The headphones are extremely good at eliminating chatter in the neighborhood, thanks to the dual noise sensors in each button. We found it quite impossible to have a conversation with Active Noise Cancelling enabled – which is a good thing when trying to minimize outside calls during a flight, train trip, or day at the office.

However, aircraft cabin sound turned out to be too much for the small buttons. While the WF-1000XM3 was able to reduce the drone of an aircraft in flight, they certainly did not eliminate the same ruthless efficiency of the WH-1000XM3. So while daily travel is within their range, we wouldn’t go there for a long-haul flight. The stability of Bluetooth proved to be consistently good. Sony has placed the Bluetooth antenna in the tip of the headphone and uses a new L/R transmission system that reduces latency, handy when watching TV on your smartphone. It also improves signal stability, reduces power consumption, and makes it possible to connect just one earplug when needed.

When it comes to the battery life, the Sony WF-1000XM3 edges past rivals like the Apple AirPods Pro (5 hours) and Sennheiser Momentum True Wireless (4 hours) with about 6 hours of power per charge. If you don’t need any noise cancellation at all, you can claim back a few more hours – but where would the fun in that be? The charging case has a fast-charging mode. Just plug it in for ten minutes, and you’ll get another 90 minutes of juice – perfect if you need a quick boost for a flight – and the case charges via USB-C in about three hours. 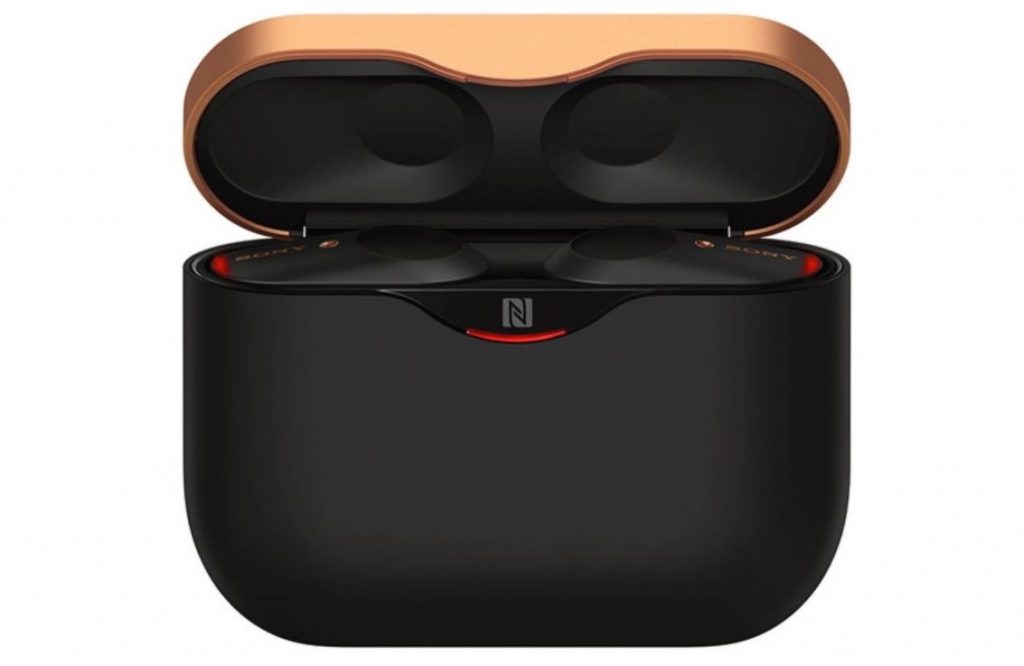 The Sony WF-1000XM3 is priced at $230. Available in both plain black, as well as a reasonably stylish champagne silver, they are about a third cheaper than the over-ear Sony WH-1000XM3 model with which they share the technology. They are also competitively priced against competing for wireless earphones such as the $299 Bose QuietControl 30 that also offer active noise cancellation.

Despite some minor problems, we have the feeling that Sony has knocked the ball out of the park with the WF-1000XM3. These are not only The Best looking True Wireless headphones, but they also combine serious noise-canceling technology with fist-pressing musicality. If you don’t want the inconvenience of wearing full-size cans, they’re a convincing alternative. The battery life is above average, and that compact charging case is also pretty smooth. On-ear volume controls similar to the Beats PowerBeats Pro would have been nice, but that, too, is not a breakthrough in our books.